Accessibility links
Excerpt: 'The Supergirls' Decade by decade, Mike Madrid offers an encyclopedic overview of the origins and exploits of the few female crime fighters who have graced comic pages. 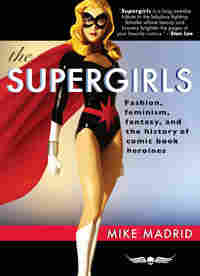 The first comic book that I remember owning is Superman #195, from 1967. The story was entitled "The Fury of the Kryptonian Killer!" Captivating imagery filled its cover. Mighty Superman was on his knees, succumbing to the effects of deadly Green Kryptonite. In the background was a tiny city in a glass bottle, and a flying dog wearing a cape. But the element that grabbed my attention was the pretty blonde girl wearing a costume that matched Superman's. I learned she was called Supergirl.

I was about six at the time, and although I didn't really understand what was going on, I had a vague idea who Superman was. Maybe my older sister or some other kids at school had given me the rundown. I was more fascinated, however, by Supergirl. She could fly and was incredibly strong, and I could tell from the way she was drawn that she was brave and noble. I thought she was great. Although I wasn't sure exactly what her relationship to Superman was, I could tell she was somehow considered inferior. And I didn't understand why.

Back in those days, comic books cost 12 cents, and my mother gave me the choice of selecting two single issues from the comic book rack, or one giant annual for a quarter. As I flipped through the titles on the spinning rack to try and make my weighty decisions, unconsciously a pattern developed. When it came to movies, my mother had once said that if there wasn't a woman in the story, nothing could possibly happen, so I guess I thought the same held true for comic books. I skipped the war comics and westerns, and wound up selecting the superhero titles with cool looking women in them. And as my collection slowly grew, I assembled a cast of these amazing females.

Other boys always thought that the women in the comic books were stupid, because they were portrayed as weak. And, of course, because you weren't supposed to like girls. So there was no thought of buying a Supergirl comic, or one of that other lady named Wonder Woman who all of the other guys seemed to really hate. It didn't much matter anyway, because I never saw her comic books for sale on the racks. Male heroes like Captain America, Cyclops and Green Lantern were the powerhouse stars of superhero teams like the Avengers, the X-Men, or the Justice League. But these groups always had a token female member like the Scarlet Witch, Marvel Girl, or Black Canary to capture my interest.

Male superheroes always seemed consumed by meting out justice through violent means. The female superheroes struck me as being more interested in making the world a better place, and not just beating their foes into submission. I suppose I was drawn to their compassionate natures, just as I had been captivated by the Virgin Mary a few years earlier. To me, the superheroines were as beautiful and alluring as movie stars or the models I saw in my sister's Vogue magazines, but with a bonus — these women were powerful like men. I just didn't understand why they were never allowed to be as powerful as the males.

The superhero is one of those uniquely American concepts. Just as average American children are told they can grow up to become president, superheroes are often ordinary people elevated to levels of benevolent, godlike greatness. Superhero comic books are about maximizing human potential for the betterment of all society. One of the things that I noticed is that female superheroes are often not allowed to reach their potential; they are given powers that are weaker than their male compatriots, and positions of lesser importance. There are a lot of "men" in comic books: Superman, Batman, Spider-Man. Besides Wonder Woman, there are not that many "women," and even fewer "ladies." But there are lots of "girls": Supergirl, Power Girl, Marvel Girl, Invisible Girl.

Any power these women may have is often overshadowed by their overly sexualized images. But at the same time, those very images that objectify these heroines can be seen as a source of power. Recently I took a female friend to see the movie adaptation of the graphic novel Watchmen. When she caught sight of the movie's heroine, Silk Spectre, descending a staircase in slow motion, sheathed in a skintight latex costume and thigh high boots with garters, my friend leaned over and said, "I want to be her." My friend is an educated, successful career woman, so it struck me that she would find this very sexualized female image inspiring and powerful. In this way, as outlandish as comic books may seem, they actually are a reflection of the world that we all live in, which I will refer to in this book as the "real world."

When I mentioned to people that I was working on this book, many asked if it was about Wonder Woman. Most were unable to even name any other comic book heroines that they knew, reflecting on what little exposure these characters get within the industry. Yet the archetype of the powerful and beautiful female is one that has become engrained in the American pop cultural sensibility. Whether it be television heroines like the Bionic Woman or Xena, or movie heroines like Ripley from Alien, or The Bride from the Kill Bill films, the larger-than-life image of the strong and fearless, yet compassionate, woman on a quest for justice is part of our modern day pantheon of deities.

Decades have passed since I stood at that spinning comic book rack trying to find the perfect comic to transport me to a new world of adventure. The years have introduced me to a multitude of other fascinating female superheroes, and they still remain my primary reason for reading comic books. I still plan my week around Wednesdays, when the week's shipment of new comic books arrives at Amazing Fantasy, my local comic book store. My friend Frank is the owner, and I've known him for over 20 years. In that time, he has come to understand my interests and tastes, and as both a good businessman and friend, he will find things for me that he knows I'll like. "Something new came in that I thought you might want," Frank will say, handing me a comic book that's just hit the stands that week. And there on the cover will be some dazzling lady champion, some heroic angel of mercy, some brave and powerful goddess to inspire and delight me with her beauty and strength.

Just like Supergirl did when I first laid eyes on her, over 40 years ago.

From The Supergirls: Fashion, Feminism, Fantasy, and the History of Comic Book Heroines by Mike Madrid. Copyright 2009 by Mike Madrid. Published by Exterminating Angel Press. Used by permission of the publisher. All rights reserved. 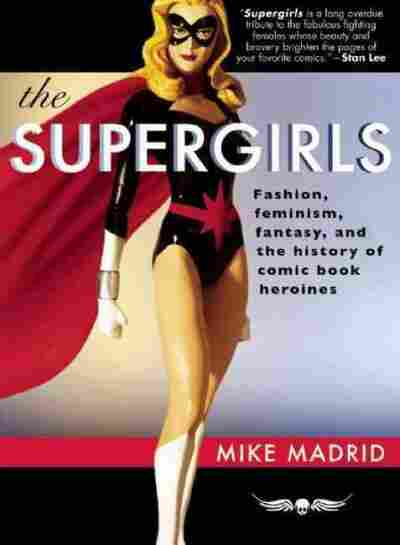