Accessibility links
Rape At School Brings New Despair To Richmond In Richmond, Calif., where a teenage girl was gang-raped at her high school, residents continue to wrestle with the effects of the brutal attack. NPR's Richard Gonzales, a native of Richmond, returns to see the community's response firsthand. 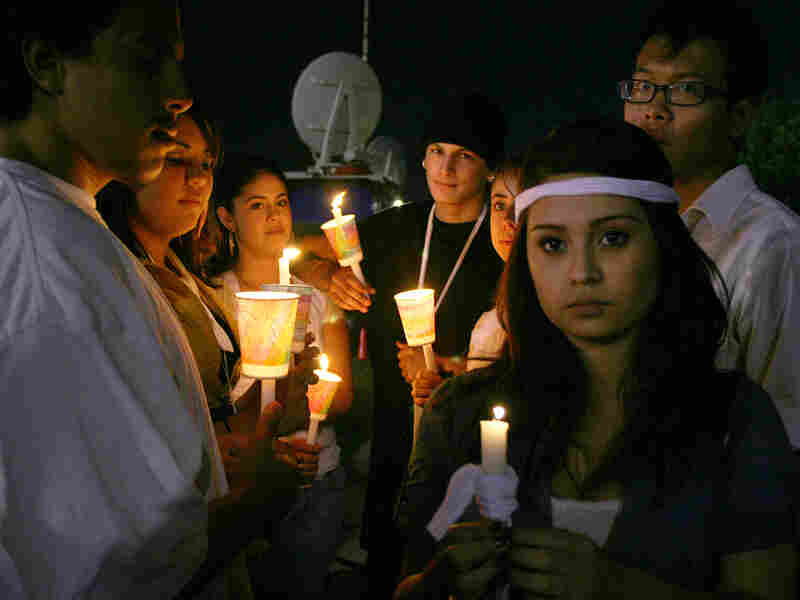 Nov. 3: Students hold candles during a vigil to support a classmate who was the victim of a brutal rape at Richmond High School. Diana Jou/Richmond Confidential hide caption 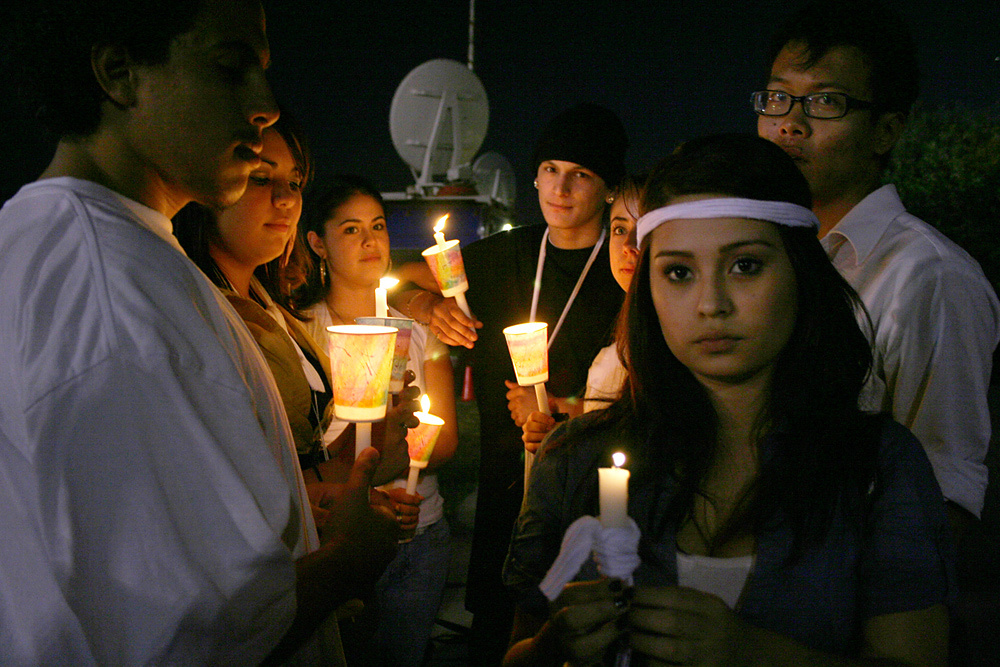 Nov. 3: Students hold candles during a vigil to support a classmate who was the victim of a brutal rape at Richmond High School.

The city of Richmond, Calif., continues to wrestle with the effects of a brutal attack on a teenage girl who was gang-raped at her high school. Some of the suspects in the case may enter their pleas in court Tuesday. At least 20 people saw the October incident but did not intervene.

Richmond, a working-class town just across the bay from San Francisco, is the hometown of NPR's Richard Gonzales. He returned to see how the attack is affecting his city.

The Richmond I knew growing up was a rough place, where everyday violence was a fact of life. But that was some 40 years ago — and back then, we had good schools, and everybody's father had a job.

"It's a miracle the kids come [out] looking as good as they do. Lot of them come from families where the parents haven't worked for a long time," he said. "They are hardworking, good kids."

Map: Crime Overlays Poverty
The Aftermath Of An Assault

But Alejandre also knows the young men accused in the rape; he says he knew some of them were headed for trouble.

"The dehumanizing actions of these young men, and I stress 'young men,' is frightening," he said. "Where has their humanity gone?"

A lot of people in Richmond are asking the same question — even the cops.

Police Sgt. Christa Cappiali took me for a cruise through many familiar neighborhoods. Some blocks look tired and neglected, while others stand out. "It's a city that's struggling to kind of pull itself up by its own bootstraps," Cappiali said.

Richmond was a World War II boomtown that declined in the 1970s as industrial jobs dried up, downtown merchants fled and drugs took over.

Today, an old friend, Richard Mitchell, is Richmond's planning director. But back in 1969, he left the city to attend Harvard.

"After college and after being away, coming back in the late '70s and early '80s, it seemed that something significant had changed," Mitchell said.

"No one was taking care of our schools anymore."

The city has been trying to reinvent itself, by developing its waterfront and rehabbing its downtown. And in recent months, you could feel a sense of optimism slowly returning to Richmond — until the rape happened.

After that, Richmond High was blasted with anonymous e-mails saying the school — and the whole city — should be quarantined. The message struck a nerve, says sophomore Lizette Franco.

"We don't want it to be our identity, because there is so much more to Richmond than what they're portraying in the media. We're not animals. We're not savages," Franco said. "We're students striving to be better people."

After the rape, counseling sessions were held at Richmond High, and hundreds of students rallied to condemn the attack on their schoolmate.

Rhonda James, who runs the local rape crisis center, says the kids aren't getting all of the help they need.

"We have to realize that we have failed our boys and our girls," she said, "and I think you see that really strongly in an under-resourced community."

But James is quick to add that she's not excusing the rape.

"I think it's easy to start seeing yourself 'other' than the person you're abusing. It's easy to 'otherize,' if you have been otherized," James said. "We see it where men gather."

Authorities say the 16-year-old victim is back home. Although she suffers from vivid flashbacks and nightmares, she is determined to put the experience behind her. But her recovery could be a very long one.

The same could be said for my hometown.