Accessibility links
After Tiger's Crash, A Painful Silence While the golf star remains in his gated community, curiosity builds among fans, reporters and police who want to know more about what caused the crash that plunged Woods into the first major scandal of his life. 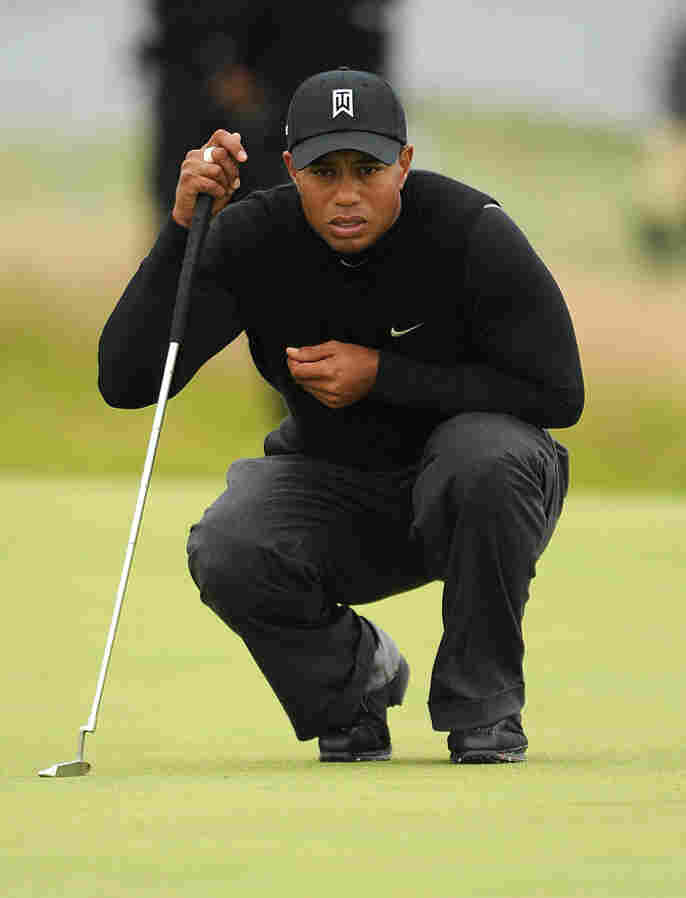 Golfer Tiger Woods faces the first real scandal of his career after he crashed his car Friday outside his home in Florida. Anthony Devlin/PA Wire hide caption 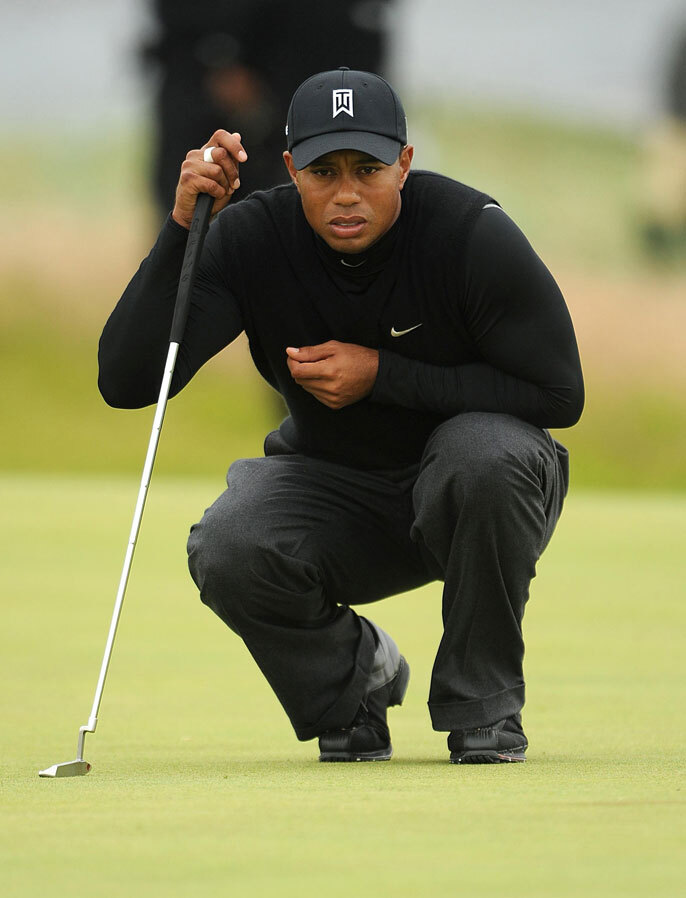 Golfer Tiger Woods faces the first real scandal of his career after he crashed his car Friday outside his home in Florida.

The Chevron World Challenge golf tournament in Thousand Oaks, Calif., will go on this week without its famous host. World No. 1-ranked Tiger Woods has decided not to attend the event that each year raises money for the Tiger Woods Foundation.

On his Web site Monday, Woods said he is unable to play because of injuries from a one-car crash outside his home near Orlando, Fla., last week.

This means Woods can stay in his gated community, away from curious fans, reporters and police who want to know more about what caused the crash that plunged Woods into the first major scandal of his life.

While he may swear like a sailor at times, and avoids taking political stands all too often, for the most part, Woods has crafted and maintained a squeaky-clean image. That's no small feat considering the global microscope he's been under for the past dozen years.

But after what happened early Friday morning — whatever happened — there are now definite cracks in that image.

"I have someone down in front of my house; they hit a pole," the caller responds.

For Woods, losing a major tournament is bad. Being fodder for the celebrity news and gossip Web site TMZ.com is probably a nightmare.

The accident happened two days after the National Enquirer reported that Woods was having an affair.

The woman has hired famed celebrity lawyer Gloria Allred, but beyond denying the alleged affair, she hasn't said anything further.

Beyond a couple of statements on his Web site, Woods largely has been quiet. Police were denied access to Woods three times after the accident, and some fans want to know more.

On the very Web site that has been Woods' refuge, one fan wrote: "Unfortunately, it's very suspicious when you won't cooperate with the police, so for your sake, I hope you will choose to be honest about the whole ordeal to dispel any rumors that may be untrue." 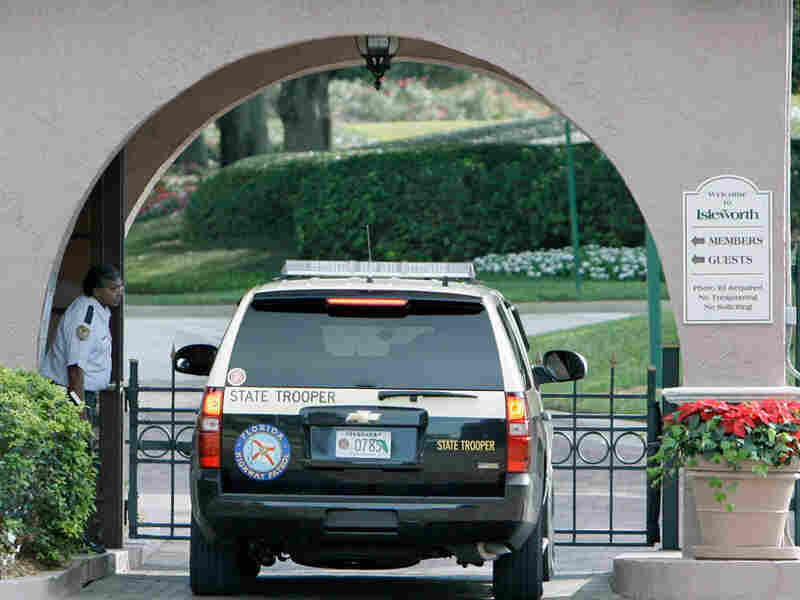 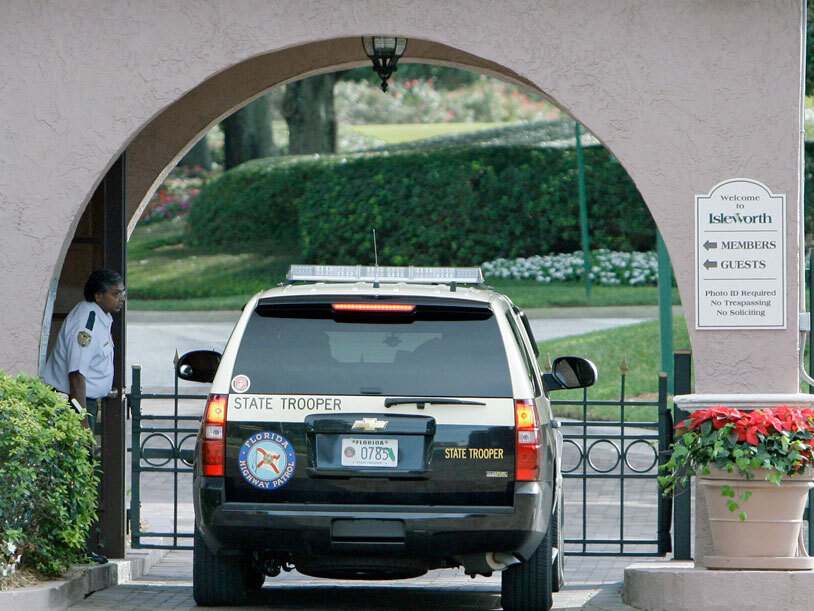 "The fact is, he doesn't have to come clean," says Bob Dorfman, a sports marketing expert based in San Francisco.

"If you can imagine the worst case scenario, it would be: yes, it's true, he had an affair with somebody. He got into an argument with his wife, perhaps she chased him down the driveway with a golf club in her hand and he was trying to escape in the car and crashed into a tree. It's all very contained in his family, on his property pretty much."

But what about Woods' responsibility to the corporations whose endorsement contracts have helped make him the first billion-dollar athlete?

David Carter, executive director of the University of Southern California Sports Business Institute, says Woods' corporate partners know about crisis management — and the need for public silence when legal matters may be involved.

"These are his business partners," Carter says, "and you've got to believe that he and his management team have reached out to them and made those partners feel comfortable."

Which is why Carter suspects Nike and Gatorade have issued statements supporting Woods. Another sponsor, AT&T, had no comment.

According to the Florida Highway Patrol, Woods has turned over the documents everyone is required to present when they're involved in a vehicle crash. The highway patrol says that as the investigation continues, it won't make any comments or provide speculation into the details surrounding the accident.

Woods won't play in any more tournaments this year, meaning, for a while at least, he'll be out of public view — a comforting thought for a man who once said he liked scuba diving so much because "the fish don't know who I am."