Accessibility links
Movie Review - 'Up In The Air' - Life, No Strings Attached Juno director Jason Reitman's latest film stars George Clooney as Ryan Bingham, a corporate hit man who flies around the country firing people. A professional drifter, Ryan avoids all attachments, but when two women enter his life and challenge his philosophy, the question becomes whether Ryan's detachment is preventing him from truly living. 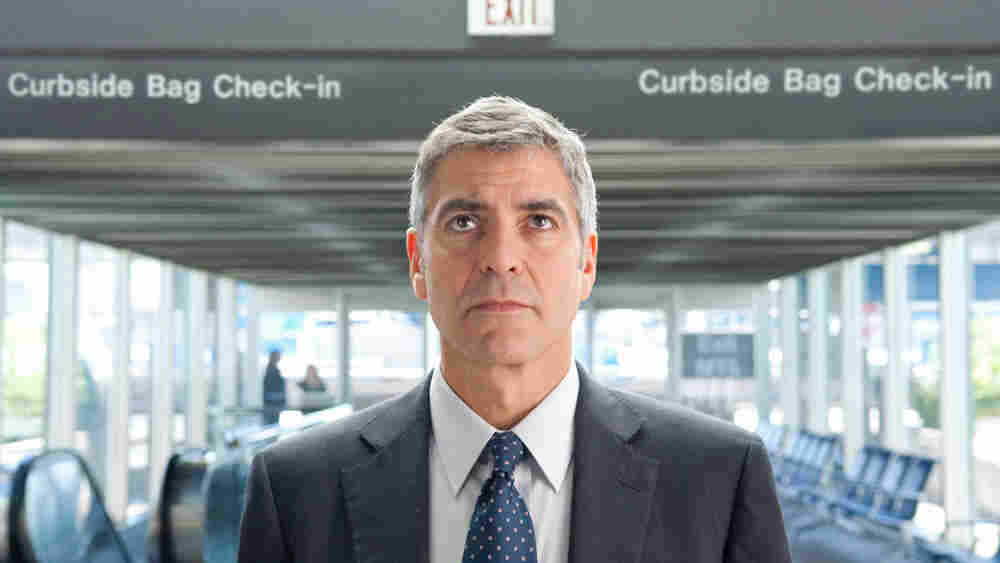 Up In The Air

Up In The Air makes textured filmmaking look easy. It blends entertainment and insight, comedy and poignancy, even drama and reality, and never seems to break a sweat.

Up In The Air stars George Clooney as Ryan, a corporate hit man who flies around the country firing people for companies who are too timid to do it themselves. Ryan loves the soothing predictability that goes with high-end business travel. At home in airports and on planes the way few people are at home anywhere, he's made a science of security lines and moves cards through optical devices like scanning was an Olympic sport.

Two women throw Ryan off his confident stride. First is a whip-smart number cruncher from his office, played by Anna Kendrick, who questions everything he believes in. She's frankly dubious as he tells her about his personal quest for 10 million frequent-flier miles.

Then Ryan catches the eye of a business traveler named Alex, who shares his love for frequent flying, and who is as passionate about the system as he is.

Played by the exceptional Vera Farmiga, Alex is so much Ryan's psychic twin that he finds himself synchronizing schedules with her so they can share steamy airport rendezvous.

Credit for all this goes to writer-director Jason Reitman, who used a novel by Walter Kirn as his jumping-off point. The question Up In The Air gracefully poses is whether Ryan's detachment can survive contact with genuine emotion.

The answer turns out to be gratifyingly complex, a further reason to celebrate a director who has filmmaking in his bones.