Accessibility links
For Black Women, Breast Cancer Strikes Younger About one-third of African-American women who get breast cancer are younger than 50, as compared with only one-fifth of white American breast-cancer patients. Health professionals recommend separate guidelines for African-American women: they should get mammograms before age 50 and more frequently. 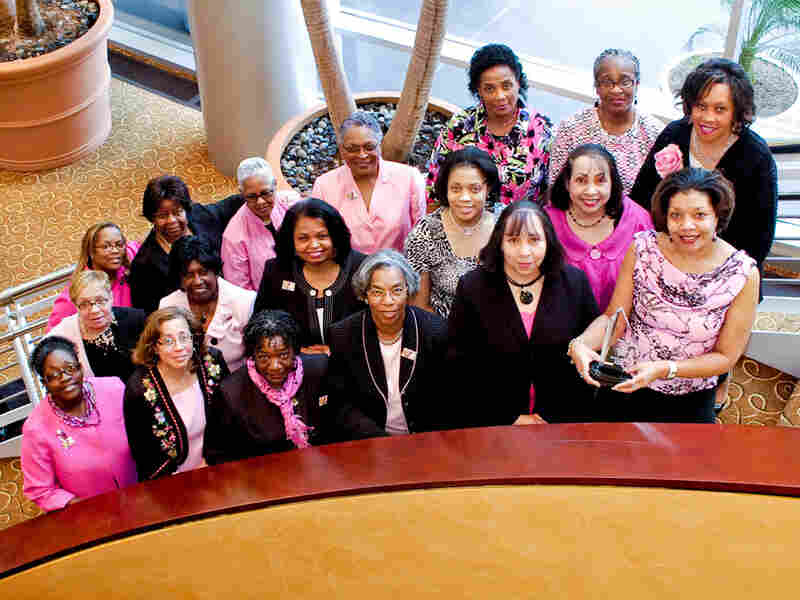 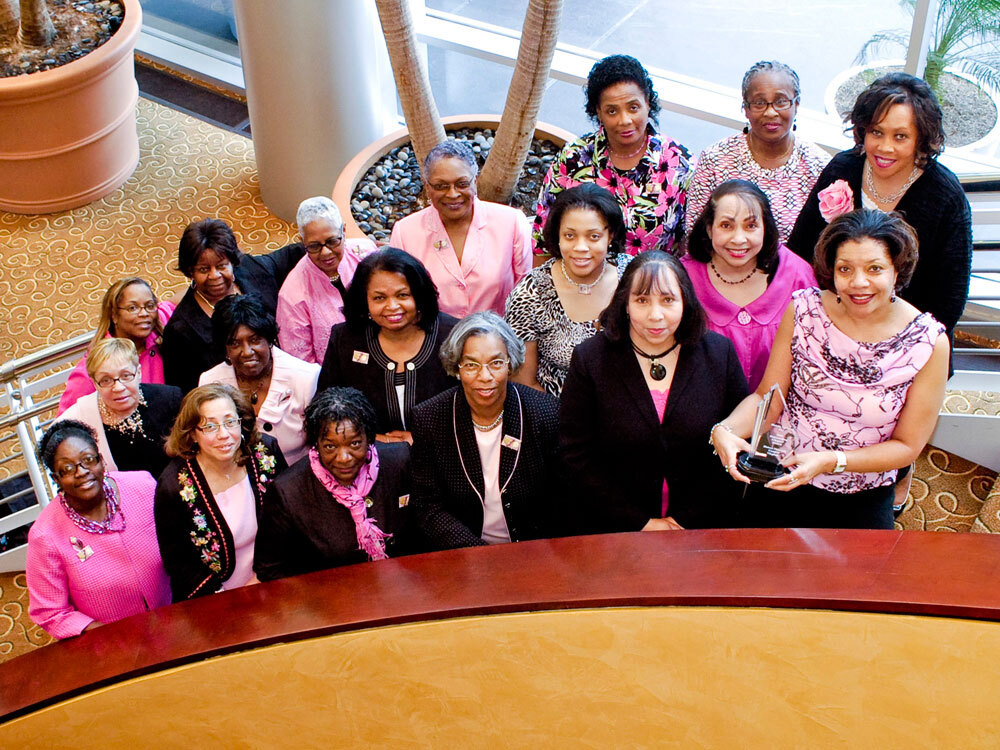 Many African-American women don't fit the profile of the average American woman who gets breast cancer. For them, putting off the first mammogram until 50 — as recommended by a government task force — could put their life in danger.

"One size doesn't fit all," says Lovell Jones, director of the Center for Research on Minority health at Houston's M.D. Anderson Cancer Center. Jones says the guidelines recently put out by the U.S. Preventive Services Task Force covered a broad segment of American women based on the data available. "Unfortunately," he says, "the data on African-Americans, Hispanics and to some extent Asian-Americans is limited."

So while the recommendations may be appropriate for the general population, he says, it could have a deleterious affect on African-American women who appear to have a higher risk of developing very deadly breast cancers at early in life.

African American women ages 35 to 44 have a death rate from breast cancer twice that of white women the same age. Below, a look at how many deaths are caused by breast cancer per 100,000.

Dr. Vanessa Sheppard, a behavioral scientist at the Lombardi Comprehensive Cancer Center at Georgetown University, has been conducting a study to understand the response of African-American women to treatment for breast cancer, so she's seen this up close.

Personally, Sheppard says, she's lost friends who were 32, 36 and 40 from breast cancer. Studies estimate that 20 to 30 percent of breast cancers in African-American women are triple-negative breast cancers. This means the cancers lack estrogen and progesterone receptors and won't respond to drugs that work by preventing the hormones from reaching the cancer cells. Triple-negative cancers also are HER-2 negative, another hormone, and therefore don't respond to any of the treatments known to block the cancer's growth.

"The breast cancer is more aggressive," says Sheppard, "The tumors are harder to treat. They're larger."

Similar types of aggressive breast cancers have been found in other ethnic groups — including Africans — suggesting perhaps a genetic link. But no one knows exactly why this is happening. And there's probably no one explanation. There are known risk factors for breast cancer and combinations of risk factors — a family history of the disease, age at which menstruation and menopause start. But scientists have found it difficult to come up with a satisfactory model that predicts breast cancer in black women.

The deadly breast cancers in black women remind Jones of the higher infant mortality rate in the African-American community, which has yet to be fully explained. Researchers have the same difficulty determining what combination of factors causes low birth weights and infant deaths in African-Americans. For example, the age of child birth with the lowest infant mortality rate in white women is about 30. In black women it's around the ages of 16 to 19. Jones suspects the stress that African-Americans experience in this society is contributing to premature aging. It's not a popular theory, but even after adjustments are made for education, poverty and other factors, infant mortality remains high.

"It could be induced by discrimination or perceived discrimination," says Jones. "It could be due to living in an environment that produces stress." He offers the example of recent stories about the many young kids being killed in Chicago and says. "Well, that adds stress — community stress."

Studies suggest, in addition to higher risks factors, African-American women aren't getting screened for breast cancer as often as white women and when they do it is later in life. Often the mammograms are not routine screening mammograms, but rather they're done because the woman or her doctor felt a mass in a woman's breast. These cases happen all too often, says surgeon Dr. Regina Hampton. She says that vital time has passed by the time they show up in her office with a mammogram in hand.

"Because of their young age, many practitioners don't believe that a young woman can get breast cancer," Hampton says. "These cancers then, once they come to me, are at a later stage. So, we're kind of running behind the 8-ball trying to get the patient treated."

There are also questions about the care that African-American women are receiving, whether they are referred to cancer specialists in a timely way, and understand that they will need therapy after surgery. With all the issues surrounding black women and breast cancer, health professionals argue there should be separate guidelines for African-American women — and say they should get mammograms earlier and more frequently than the task force's recommendation of age 50.

Sheppard even wonders if the old guideline of routine screening every year beginning at age 40 is good enough. "The tumors are growing fast and the intervals that we prescribe may not work," she says. "How can we have better diagnostic tools, better screening tools that can capture the women that aren't the average woman?"

It's a challenge many African-American women will have to come to grips with. About one-third who get breast cancer are younger than 50 years old.