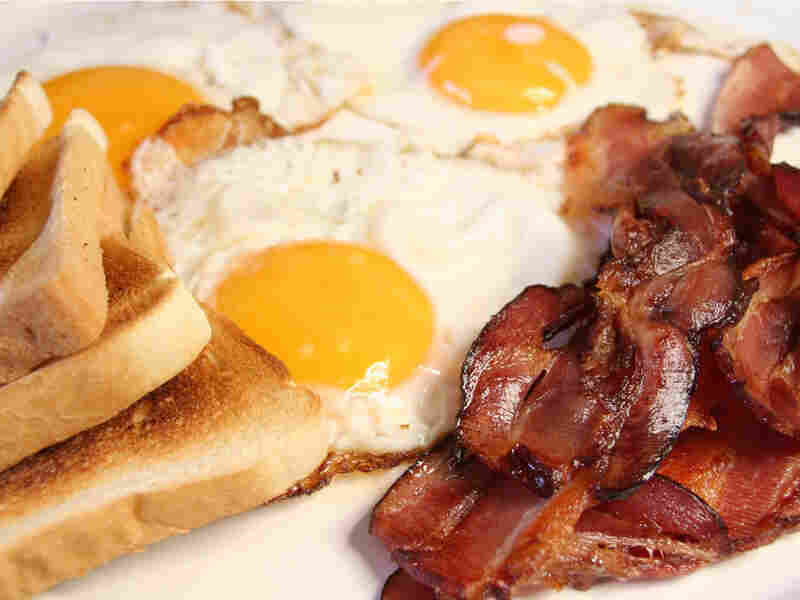 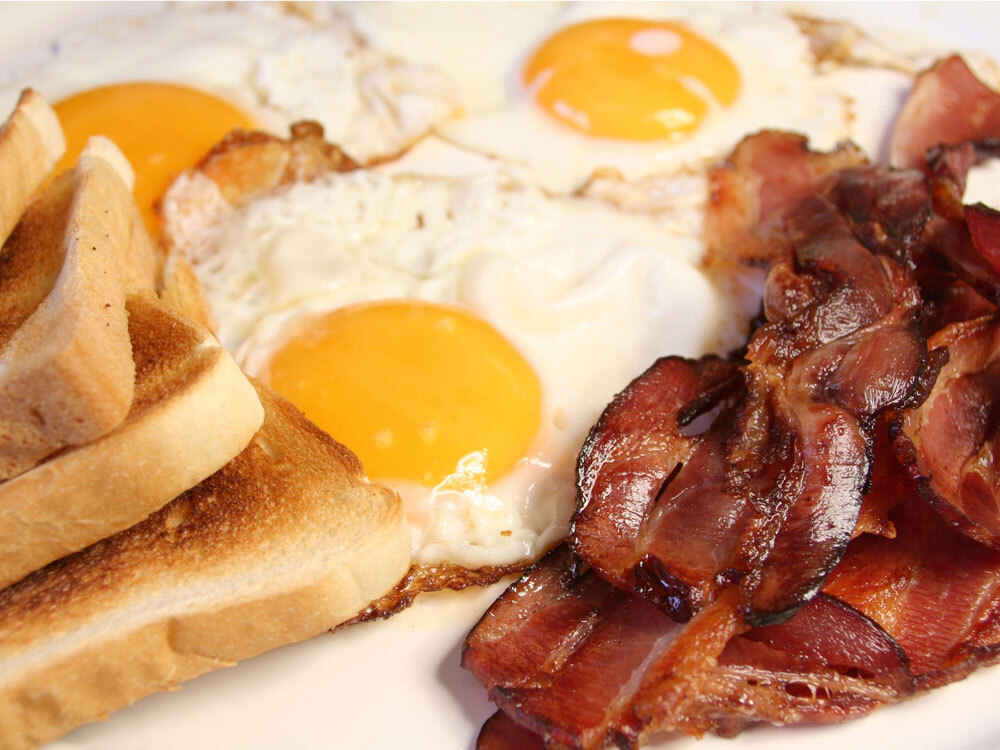 Toast Or Pizza? A Missouri restaurant pulls double duty as a breakfast diner and pizzeria.

The Italian eatery moved into the same restaurant as the bacon-and-eggs joint to keep costs down for both businesses. The arrangement has allowed a new restaurant to open, and an existing one to stay afloat in a tough economy.

Timothy Williams, the manager at Scramblers, says there was some confusion among his customers when the sign for the pizza place first went up.

Andoro's did move in, but Scramblers didn't go anywhere. The restaurant now looks and sounds like a pizzeria: Posters of Italy hang on the walls, and Italian music plays softly in the background. The two restaurants share the space and many costs, but they retain separate owners, menus and employees.

But customers say they enjoy having options.

Don Dillard eats lunch at the restaurant with a large group of friends every Monday. He says having pizza, pasta and salad available on Andoro's menu gives the group more options.

"We do have people here that eat off [Andoro's] menu, but I'm a breakfast person. I like the breakfast," Dillard says.

Cooks, too, see the perks of sharing a building. If one restaurant is running low on an ingredient the other restaurant has, they'll share.

The tricky part is keeping the finances separate. To help with that, each restaurant has its own credit card machine, and the computers for the wait staff allow them to ring up split tickets when customers at the same table order from both menus during lunch.

Server Shervon Liston says it's easy to keep the orders for the two restaurants straight. The hard part is the timing.

"You have to let the kitchen know that you're having a split ticket and sometimes they mistime it, you know? Breakfast cooks a lot quicker than lunch," Liston says.

Even though there are still some kinks to work out, both restaurants are embracing the arrangement. For Andoro's owner Tony Magliaro, being able to share costs with Scramblers allowed him to break into the Springfield market.

"The reason why we did it is because of the way the economy's going. It's a lot lower startup money; as far as going by yourself, it probably would've been triple the money," Magliaro says.

But Carl Riegel, who teaches restaurant marketing and management at Missouri State University, says there are pitfalls to the arrangement.

"There are accounting issues that have to be dealt with, the problem of a confused image in the public's mind," Riegel says.

The owners of both restaurants say they don't know how long this arrangement will last, but both are willing to tough it out until the economy looks better for independent restaurants.

They're hoping that at lunchtime, customers won't be too confused by the aroma of scrambled eggs mingling with the smell of fresh-baked pizza.