Accessibility links
2009's Best Music For Kids, And Their Families This year has seen a lot of "quirky" kids' music, wherein the sweet-voiced folkies of the past were replaced by growling rocker moms and clear, intimate harmonies. The quality was high this year, with albums rooted in reggae, electronica, folk and rock aimed at young ears.

Hear The Music Below

This year has seen a lot of "quirky" kids' music, wherein the sweet-voiced folkies of the past were replaced by growling rocker moms and clear, intimate harmonies. Electronic and tech-heavy sounds were the hallmark of efforts from They Might Be Giants and Robbert Bobbert, aimed at kids who are comfortable with such audio from birth. Artists such as Lunch Money, King Pajama and Rocknoceros created songs whose kid-centric themes (love of the library, train rides, ice cream) provide a clue to their intended audience, since the songs themselves work for everyone. The quality was high this year, with albums rooted in reggae, electronica, folk and rock aimed at young ears. 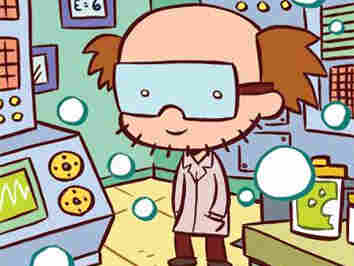 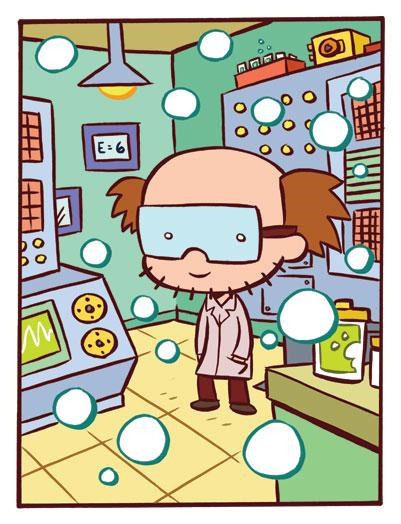 Robbert Bobbert is the alter ego of Apples in Stereo frontman Robert Schneider.

I'll remember 2009 as the gold standard in kids' music, making it a challenge to settle on 10 favorites. Worthy efforts bubbling under the Top 10 include a re-imagining of her grandfather Woody's songs from Sarah Lee Guthrie (Go Waggaloo), a kid-friendly collection of Broadway show tunes from Dan Zanes (76 Trombones), and another Beatles-esque effort from Recess Monkey (Field Trip). The common element in my Top 10 list is a commitment to quality and listenability that passes the captive test. These albums can be endured and enjoyed repeatedly while you're held captive on a road trip.

Kathy O'Connell is the host for WXPN's Kids Corner in Philadelphia. Click here for more entries in our Best Music of 2009 series. 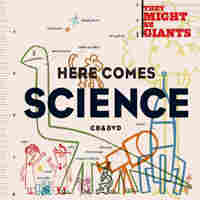 A year after winning a Grammy for their music for kids, They Might Be Giants' John Flansburgh and John Linnell craft a collection based on solid educational principles and literate humor. Flansburgh and Linnell start with the premise that "Science Is Real," and serve up facts ("I Am a Paleontologist," "Meet The Elements") to go with celebrations of scientific inquiry ("Put It to the Test"). The album functions as a wonderful synthesis of old and new; in the process, it reaches a multigenerational audience with songs like "The Ballad of Davy Crockett (In Outer Space)." A hard-rocking reimagining of TMBG's hit "Why Does the Sun Shine" gives new energy to a song that was itself recycled from educational records by folk legend Tom Glazer. 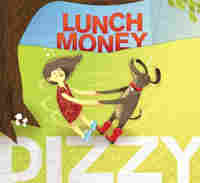 Ate Too Much of My Favorite Food

The South Carolina-based trio, fronted by Mollie Ledford, became major players in kids' music this year with its sophomore release. It's a collection of kid-friendly themes like a wish for "A Cookie as Big as My Head" and the imaginative observation that "It Only Takes One Night to Make a Balloon Your Friend." All the songs are delivered in an intimate, friendly style that appeals to the post-toddler crowd, with enough rock to make them Dizzy. "Ate Too Much of My Favorite Food" is a rhythmic litany of foods "that did you wrong." The album marks the beginning of kids' music's next wave, yet it feels as comfortable as your mom singing to you. 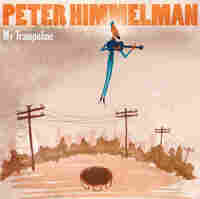 Peter Himmelman has created a high-spirited collection of original tunes on subjects ranging from a pet tortoise ("King Ferdinand") to the musical question "Are There Any Kids Named Steve Anymore?" Himmelman's hard-rocking celebration of "Imagination" sets the stage for Himmelman's growly voice and full-band backup. He pokes fun at himself with "Peter's a Pin Head," and appeals to the techie in all with "Statistical Factoids." In an industry overflowing with well-meaning guys with beards doing music for kids, Himmelman stands a head above the pack by never letting his humor fall into silliness. 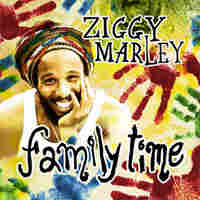 This huge year for Ziggy Marley saw the release of his own Family Time, as well as his father's B Is for Bob collection for kids. Children respond naturally to reggae, and Family Time brings friends (Paul Simon, Jamie Lee Curtis) and family (Rita Marley) together in a spirited celebration of reggae rhythm and pride. "Walk Tall," Ziggy's collaboration with Paul Simon, inspires kids to "walk tall, even when you fall." It's a simple message that works on several levels, yet the album never sacrifices musical quality for teachable moments. 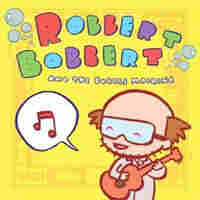 The kids'-music alter ego of Apples in Stereo frontman Robert Schneider created a marvelously complex-sounding CD that works because the songs are simpler than the production would indicate. Hiding behind the electronic persona of Robbert Bobbert, Schneider isn't afraid to be silly when sharing the story of a little mouse with big plans on "Fee Fi Fo, Fee Fi Fum." "The Little Duck" takes the classic scenario of a duckling "in polka-dot pajamas" lost from Mama Duck, adds quacking back-up singers and a helpful policeman, and creates a sweet new story that hits its pre-K target nicely. 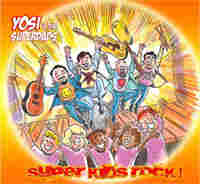 This rock-heavy album maintains its outstanding multi-generational appeal by paying homage to the past while acknowledging the present. "B-E-A-C-H" conjures up images of surf, sand and Brian Wilson with surf guitar and bongo beats. "Yes We Can" turns kids' enthusiasm for the pesident into an upbeat and uplifting celebration of their own abilities. "So You Want to Be a Kid's Rock Star" uses the Byrds classic-rock tune to predict "with your business cards, you'll be playing backyards." 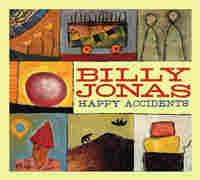 Billy Jonas' "everybody's in the band" live performances combine with his sharp ear for rhythm and production to form his brilliant second album for kids. He updates the title song from his first CD, creating "What Kind of Dog Are You?" and a fun word game for the family. The upbeat tone of "Eyes Wide Open" enhances its empowering message of awareness. It's just Jonas and the rhythm "in a tight spot," where keeping his "eyes wide open" leads to all solutions. His "Wake Up Suite" wittily celebrates early-morning rituals. 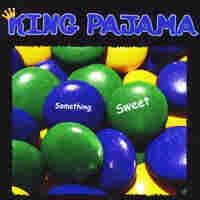 Something Sweet is a generally jazzy album fronted by a female vocalist and backed with excellent instrumental work. "Heavy Coat" has a gospel-tinged sound backed by piano and whistle, even while singing about the "stain on the side, but you wouldn't expect it." "Some Pieces" turns a massive observation about Pluto into a reflective acknowledgement that when you try to divide up the world, "some pieces just don't seem to fit." "Doormat" is a bluesy suggestion to "walk all over me," sung from the perspective of an actual doormat. 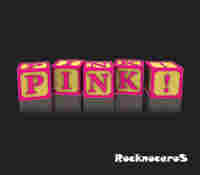 Pink truly captures the multi-generational appeal of this D.C.-based trio of dads whose literate songs and poppy approach to kids' music has made them a local favorite. The title song is a light-rock love song to a color. "Train Song" uses train-like rhythms to capture the joy of a little kid on an enormous train. And the group captures the special relationship between grandparents and kids in "Always Tell Your Grandma." The album is an outstanding mix of folk and rock. 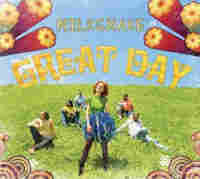 Milkshake reaches for the older listeners its first fans have become by releasing this fun yet reflective mix of rock and childlike energy. Milkshake's girl-centric themes, fronted by tutu-wearing Lisa Mathews, hit a sweetly serious note in "Enemies." It's a song about the loneliness of being estranged from a friend. Great Day! is the group's most complex album to date, but it's still loads of fun.