Accessibility links
Stolen Climate E-Mails Cause A Ruckus In Congress A congressional hearing on climate change was supposed to be a routine update on the science of global warming. Stolen e-mails from climate scientists, however, have been used to cast doubt on the legitimacy of climate change science by some, turning Wednesday's hearing into more of a sparring match. 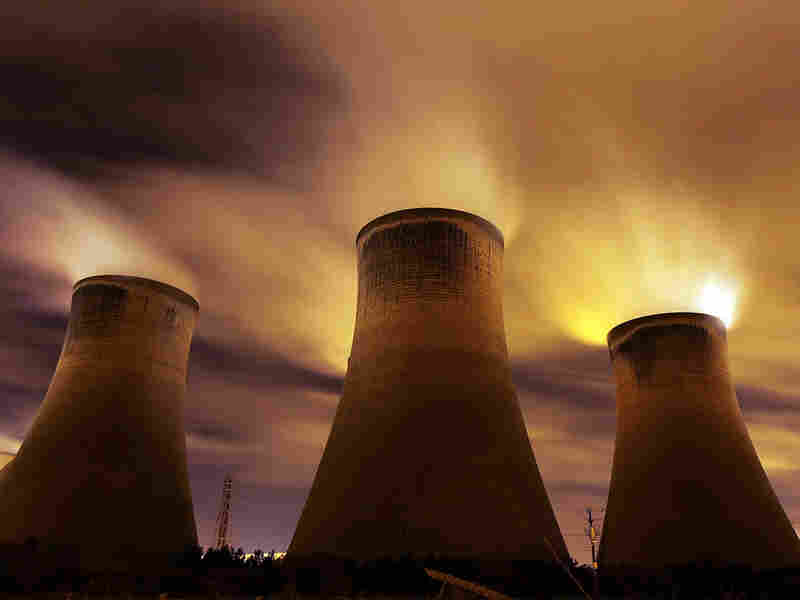 Coal-fueled power stations like this one in Warrington, United Kingdom, are said to be contributing to global warming. But e-mail messages stolen from a group of climate scientists recently are fodder for skeptics who say global warming is a plot, not a real problem. Christopher Furlong/Getty Images hide caption 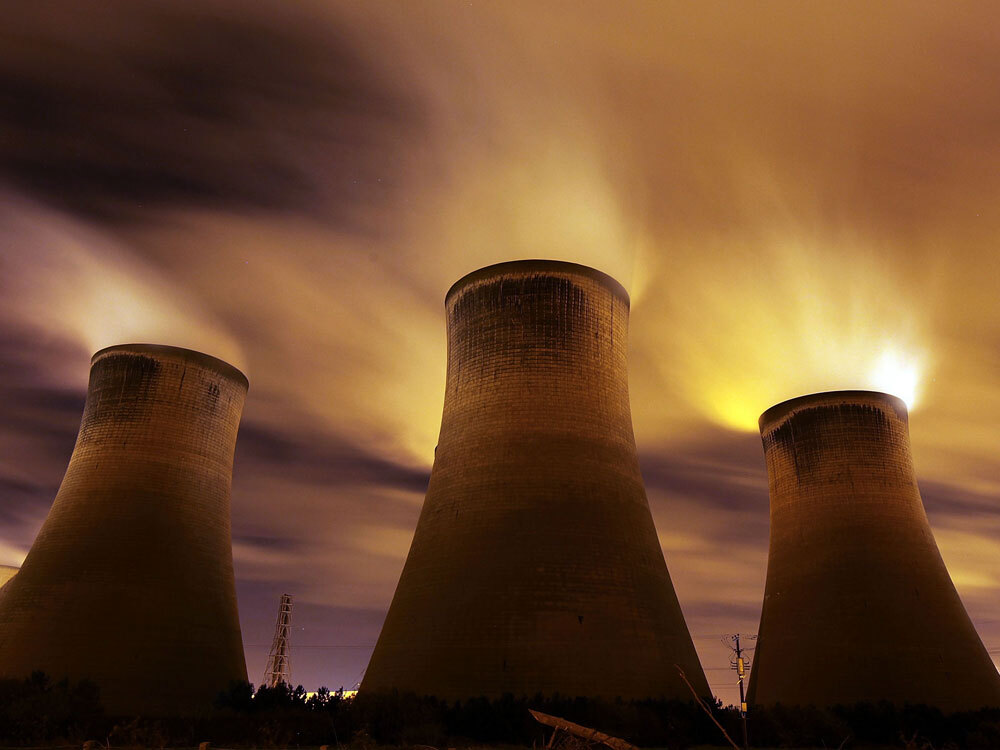 Coal-fueled power stations like this one in Warrington, United Kingdom, are said to be contributing to global warming. But e-mail messages stolen from a group of climate scientists recently are fodder for skeptics who say global warming is a plot, not a real problem.

A congressional hearing that was supposed to be a routine recap of global-warming science Wednesday turned into a fracas involving e-mails stolen from some prominent climate scientists.

The e-mails were stolen from the University of East Anglia in Britain, from one of the three labs in the world that constructs global temperature records. The private exchanges have become a goldmine for skeptics who argue that global warming is a plot rather than a real man-made problem.

At Wednesday's hearing before a House select committee, Rep. James Sensenbrenner (R-WI) called for an investigation of the e-mails. He said at best, official reports about global warming will now need to be reviewed.

"At worst, it's junk science and it's part of a massive international scientific fraud," he said. And not just fraud: "There's increasing evidence of scientific fascism that's going on. And I think, as policymakers who are making decisions about the state of the American economy for the next several generations, we ought to have accurate science."

President Obama's top science adviser, John Holdren, agreed that the e-mails should be thoroughly investigated. At issue is whether they provide evidence of scientific malfeasance, or just bad manners.

"Scientists are human, and from time to time they display defensiveness and bias and even misbehavior of some kinds," Holdren said. "They're like any other group of human beings. They're subject to human frailties. I think the facts are not in on this particular case."

Holdren agreed that if the e-mails reveal inappropriate data manipulation, and that ended up in official reports, obviously those reports would need to be corrected.

"However this particular controversy comes out, the result will not call into question the bulk of our understanding of how the climate works or how humans are affecting it," he added.

Evidence from many different sources shows that the air and oceans are warming as a result of greenhouse gases humans are putting into the atmosphere. Jane Lubchenco, a scientist who heads the National Oceanic and Atmospheric Administration, gave a tabletop demonstration at the hearing to show how increasing carbon dioxide in the atmosphere is also making the oceans more acidic.

Those explanations didn't reassure some Republican members of the committee. In response, Rep. Jay Inslee (D-WA) said he was stunned by their skepticism. He said if global warming is a fraud, it must be perpetrated by a conspiracy of scientists from all around the world.

"I just wanted to ask you if you're part of that massive international conspiracy," he said to the witnesses, adding with a note of sarcasm, "Are either one of your members of the Trilateral Commission, SPECTRE or KAOS? I just need an answer."

Holdren replied: "Congressman Inslee, I am not a member of any of those organizations, and I don't believe there's an international conspiracy. That would be an amazing thing indeed."

Holdren pointed out that national academies of science from all around the world accept the reality of human-induced global warming, as do other leading science organizations and the United Nations.

Inslee then noted that nobody else in the room had any other plausible way to explain why carbon dioxide is building up in the air and in the oceans. "And yet people are trying to gin up this controversy. You know why? It's not that they aren't intelligent. It's that they are afraid that we can't solve this problem."

He argued that we can solve the problem, but the challenge is that most of the public — including members of Congress — struggle to understand even the basic science. And now, the leaked e-mails raise doubts about some of the climate scientists, too.