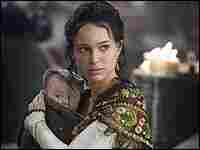 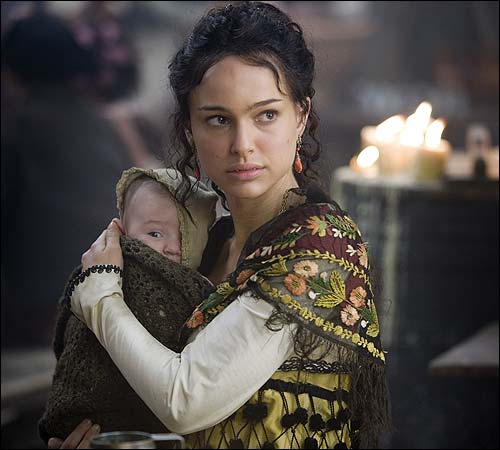 It's like someone came up with a costume budget, and it wasn't until everyone was on the set that they realized they needed a script. Milos Forman's lush epic means to draw connections among the Spanish Inquisition, the rise of Napoleon, and the paintings of Francisco Goya, but everything gets pretty strained pretty early in a picture that spans two decades. Javier Bardem is a preening monk, Natalie Portman a tortured innocent (literally so, when the Inquisition spirits her away from her family); Stellan Skarsgard plays the almost irrelevant title character, who seems to be around only to give the picture its title, and who goes deaf at the halfway point without explanation. Forman's a visual stylist, so the images are pretty — scenes in a bar look quite a bit like 18th-century paintings — but for all the period lushness, there's not a moment of the plot that's remotely persuasive.