Accessibility links
Excerpt: 'The Good Soldiers' David Finkel, a reporter for the Washington Post was embedded with a battalion of about 800 troops in Iraq. His book focuses on the triumphs and traumas of that battalion, particularly its commander. 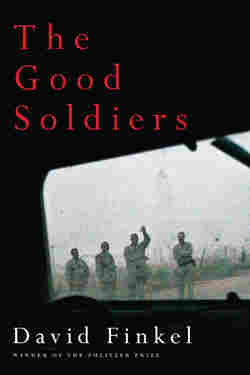 Many listening tonight will ask why this effort will succeed when previous operations to secure Baghdad did not. Well, here are the differences...

His soldiers weren't yet calling him the Lost Kauz behind his back, not when this began. The soldiers of his who would be injured were still perfectly healthy, and the soldiers of his who would die were still perfectly alive. A soldier who was a favorite of his, and who was often described as a younger version of him, hadn't yet written of the war in a letter to a friend, "I've had enough of this bullshit." Another soldier, one of his best, hadn't yet written in the journal he kept hidden, "I've lost all hope. I feel the end is near for me, very, very near." Another hadn't yet gotten angry enough to shoot a thirsty dog that was lapping up a puddle of human blood. Another, who at the end of all this would become the battalion's most decorated soldier, hadn't yet started dreaming about the people he had killed and wondering if God was going to ask him about the two who had been climbing a ladder. Another hadn't yet started seeing himself shooting a man in the head, and then seeing the little girl who had just watched him shoot the man in the head, every time he shut his eyes.

For that matter, his own dreams hadn't started yet, either, at least the ones that he would remember—the one in which his wife and friends were in a cemetery, surrounding a hole into which he was suddenly falling; or the one in which every thing around him was exploding and he was trying to fight back with no weapon and no ammunition other than a bucket of old bullets. Those dreams would be along soon enough, but in early April 2007, Ralph Kauzlarich, a U.S. Army lieutenant colonel who had led a battalion of some eight hundred soldiers into Baghdad as part of George W. Bush's surge, was still finding a reason every day to say, "It's all good."

He would wake up in eastern Baghdad, inhale its bitter, burning air,and say it. "It's all good." He would look around at the fundamentals of what his life had become--his camouflage, his gun, his body armor, his gas mask in case of a chemical attack, his atropine injector in case of a nerve gas attack, his copy of The One Year Bible next to his neat bed, which he made first thing every morning out of a need for order, his photographs on the walls of his wife and children, who were home in Kansas in a house shaded by American elm trees and with a video in the VCR of him telling the children the night before he left, "Okay. All right. It's time to start the noodles. I love you. Everybody up. Hut hut"--and say it. "It's all good." He would go outside and immediately become coated from hair to boots in dirt, unless the truck that sprayed sewage water to keep the dirt under control had been by, in which case he would walk through sewage-laden goop, and say it. He would go past the blast walls, the sandbags, the bunkers, the aid station where the wounded from other battalions were treated, the annex where they assembled the dead, and say it. He would say it in his little office, with its walls cracked from various explosions, while reading the morning's e-mails. From his wife: "I love you so much! I wish we could lay naked in each others arms...bodies meshing together, perhaps a little sweat :-)." From his mother, in rural Washington state, after some surgery: "I must say, the sleep was the best I have had in months. Everything turned out to be normal, goody,goody. Rosie picked me up and brought me back home because that was the morning our cows were butchered and your Dad had to be there to make sure things were done right." From his father: "I have laid awake many nights since I last saw you, and have often wished I could be alongside you to assist in some way." He would say it on his way to the chapel, where he would attend Catholic Mass conducted by a priest who had to be fl own in by helicopter because a previous priest was blown up in a Humvee. He would say it in the dining facility, where he always had two servings of milk with his dinner. He would say it when he went in his Humvee into the neighborhoods of eastern Baghdad, where more and more roadside bombs were exploding now that the surge was under way, killing soldiers, taking off arms, taking off legs, causing concussions, exploding ear drums, leaving some soldiers angry and others vomiting and others in sudden tears. Not his soldiers, though. Other soldiers. From other battalions. "It's all good," he would say when he came back. It could seem like a nervous tic, this thing that he said, or a prayer of some sort. Or maybe it was a declaration of optimism, simply that, nothing more, because he was optimistic, even though he was in the midst of a war that to the American public, and the American media, and even to some in the American military, seemed all over in April 2007, except for the pessimism, the praying, and the nervous tics.

But not to him. "Well, here are the differences," George W. Bush had said, announcing the surge, and Ralph Kauzlarich had thought: We'll be the difference. My battalion. My soldiers. Me. And every day since then he had said it--"It's all good"--after which he might say the other thing he often said, always without irony and utterly convinced: "We're winning." He liked to say that, too. Except now, on April 6, 2007, at 1:00 a.m., as someone banged on his door, waking him up, he said something different. "What the fuck?" he said, opening his eyes.

The thing is, he and his battalion weren't even supposed to be here, and that's one way to consider every thing that was about to happen as Kauzlarich, awake now, dressed now, made the short walk from his trailer to the battalion's operations center. The March rains that had turned the place sloppy with mud were thankfully over. The mud had dried. The road was dusty. The air was cold. Whatever was happening was only a mile or so away, but there was nothing for Kauzlarich to see, and nothing for him to hear, other than his own thoughts.

Two months before, as he was about to leave for Iraq, he'd sat in his kitchen in Fort Riley, Kansas, after a dinner of ham and double-baked potatoes and milk and apple crisp for dessert, and said, "We are America. I mean, we have all of the resources. We have a very intelligent population. If we decide, just like we did in World War Two, if we all said, 'This is our focus, this is our priority, and we're going to win it, we're going to do every thing that we have to do to win it,' then we'd win it. This nation can do anything that it wants to do. The question is, does America have the will?"

Now, as he entered the operations center a few minutes after 1:00 a.m., the war was in its 1,478th day, the number of dead American troops had surpassed 3,000, the number of injured troops was nearing 25,000, the American public's early optimism was long gone, and the miscalculations and distortions that had preceded the war had been exposed in detail, as had the policy blunders that had been guiding it since it began. Four injured, he was told. One slightly. Three seriously. And one dead.

"Statistically, there's probably a pretty good chance I'm going to lose men. And I'm not quite sure how I'm going to deal with it," he had said at Fort Riley. In nineteen years as an army officer, he had never lost a soldier under his direct command.

Now he was being told that the dead soldier was Private First Class Jay Cajimat, who was twenty years and two months old and who might have died immediately from the blast of the explosion, or a little more slowly in the resulting fire.

"This is probably going to change me," Kauzlarich had said at Fort Riley, and when he wasn't around to overhear, a friend had predicted what the change was going to be: "You're going to see a good man disintegrate before your eyes."

Now, as more details came in, he tried to be analytical rather than emotional. Instead of thinking how Cajimat was one of the first soldiers he had been assigned when he was forming the battalion, he sifted through the sounds he had heard as he was going to sleep. At 12:35 there had been a boom in the distance. A soft boom. That must have been it.

Excerpted from The Good Soldiers by David Finkel. Published with permission from Farrar, Straus and Giroux. Copyright 2009 David Finkel. 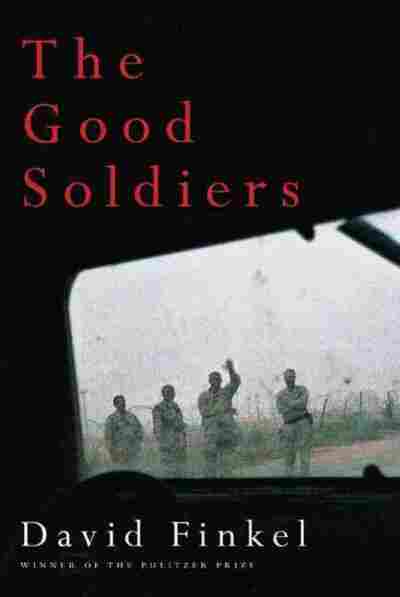