Accessibility links
Excerpt: 'Spooner' National Book Award winner Pete Dexter's newest novel is a coming-of-age story that takes place in Milledgeville, Ga. It's filled with unforgettable characters — each episode spins off into another and the book transitions from heartbreak to humor without missing a beat. 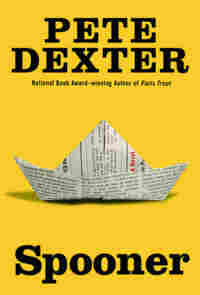 Spooner was born a few minutes previous to daybreak in the historic, honeysuckled little town of Milledgeville, Georgia, in a makeshift delivery room put together in the waiting area of the medical offices of Dr. Emil Woods, across the street from and approximately in the crosshairs of a cluster of Confederate artillery pieces guarding the dog-spotted front lawn of the Greene Street Sons of the Confederacy Retirement Home. It was the first Saturday of December 1956, and the old folks' home was on fire.

The birthing itself lacked cotton-picking, and grits, and darkies to do all the work, but otherwise had the history of the South stamped all over it--misery, besiegement, injustice, smoke enough to sting the eyes (although this was as invisible as the rest of it in the night air), along with an eerie faint keening in the distance and the aroma of singed hair. Unless that was in fact somebody burning grits.

As we pick it up, though, three days preceding, the retired veterans are snug in their beds, and Spooner is on the clock but fixing to evacuate the premises no time soon. Minutes pool slowly into hours, and hours into a day, and then spill over into a new day and another.

And now a resident of the home dozes off with a half-smoked Lucky in his mouth, which falls into his beard, unwashed since D-day or so and as flammable as a two-month old Christmas tree, and it all goes up at once.

While back in Dr. Woods's office, Spooner is still holding on like an abscessed tooth, defying all the laws of the female apparatus and common sense--not that those two spheres are much overlapped in the experience of the doctor, who is vaguely in charge of this drama and known locally as something of a droll southern wit. But by now Dr. Woods, like everyone else, is exhausted as well as terrified of Spooner's mother Lily, and no droll southern wittage has rolled off his tongue in a long, long time.

It's a stalemate, then, the first of thousands Spooner will negotiate with the outside world, yet even as visions of stillborn livestock and dead mares percolate like a growling stomach through the tiny band of spectators, and Dr. Woods discreetly leaves the room to refortify from the locked middle drawer of his office desk, and Lily's sisters, who, sniffing tragedy, have assembled from as far off as Omaha, Nebraska, but are at this moment huddled together at the hallway window to have a smoke and watch for jumpers across the street, Spooner's mother rolls out of bed on her own and gains her feet, and in those first vertical moments, with one of her hands clutching a visitor's chair for balance and the other covering her mouth against the possibility of unpleasant morning breath, she issues Spooner, feet first and the color of an eggplant, the umbilical cord looped around his neck, like a bare little man dropped through a gallows on the way to the next world.

As it happened, Spooner was second out the door that morning, a few moments behind his better-looking fraternal twin, Clifford, who, in the way these things often worked out for Spooner's mother, arrived dead yet precious as life itself, and in the years of visitation ahead was a comfort to her in a way that none of the others (one before Spooner and two further down the line) could ever be.

And was forever, secretly, the favorite child. 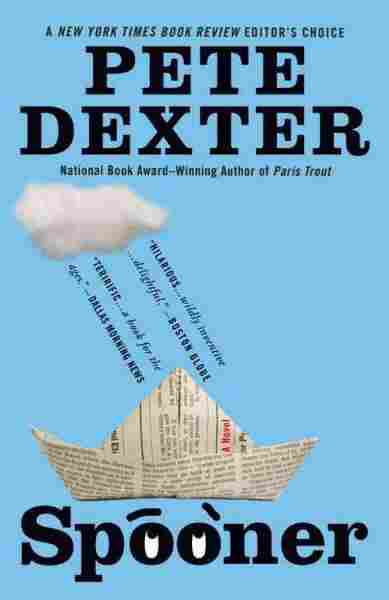