Accessibility links
Years After Death, Obama's Mom Gets Her Wish A few years before her death, Barack Obama's mother completed her doctoral dissertation. Nearly two decades later, S. Ann Dunham's fieldwork has been published — a fulfillment of her dream, courtesy of her daughter. 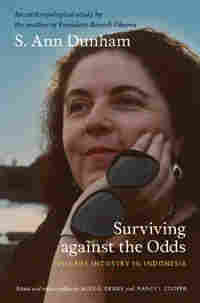 A few years before her death, Barack Obama's mother completed her doctoral dissertation. Nearly two decades later, S. Ann Dunham's fieldwork has been published — a fulfillment of her dream, courtesy of her daughter.

"She wanted to make sure that the information she produced would not just be interesting," the president's half-sister, Maya Soetoro-Ng, tells All Things Considered host Guy Raz. Dunham wanted her research to "impact the lives of the people."

Over a period of 14 years, Dunham visited and lived among Indonesian villagers. Her work challenged the prevailing view among social anthropologists of the time that Indonesian peasants were better off just cultivating rice.

Until last year, Dunham's research was just a pile of old notes and floppy disks in a storage locker in Hawaii. As Soetoro-Ng was cleaning out the locker, she came across the notes and turned them over to Dunham's old thesis adviser, Alice Dewey. Now an emeritus professor at the University of Hawaii, Dewey whittled down the 1,000-page thesis to a 300-page book.

The result is Surviving the Odds, a study of blacksmithing in the village of Kajar, Indonesia.

Soetoro-Ng, the daughter of Dunham's second husband, Lolo Soetoro, says the process of getting her late mother's work published brought back many emotions. Both Soetoro-Ng and Obama, whose father was Dunham's first husband, have fond memories of their mother.

In his memoir, Dreams from My Father, Obama called his mother "the kindest, most generous spirit I have ever known," and said, "What is best in me, I owe to her." 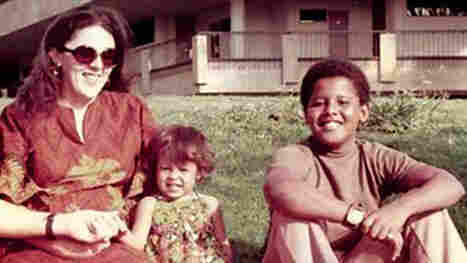 Soetoro-Ng often accompanied her mother on research trips. "One of Mom's gifts was this ability to really go anywhere and make friends with people at the highest tiers of power, but also villagers who had never been out of their villages," she recalls. "She wasn't patronizing. She genuinely loved them and listened carefully."

Dunham didn't live long enough to see her famous son forge his place in American history; she died of ovarian cancer in 1995. But what would she have thought of her son becoming the most powerful man in the world?

"I don't know," Soetoro-Ng says after a long pause. "She didn't necessarily anticipate — who could have? — that her son would become the president of the United States, but she knew he was going to do remarkable things."

Excerpt: 'Surviving Against The Odds'

Pak Sastro is an ordinary-looking Javanese man of average stature and build. He dresses simply in a shirt and short trousers, and there is nothing to distinguish him in outward appearance or demeanor from the other villagers of Kajar. He prefers to keep a low profile in public meetings, and allows others to do most of the talking. Although one hears many stories about Pak Sastro from other villagers, some of them bordering on the fantastic, he seldom talks about himself or his accomplishments. When he does, he tends to downplay those accomplishments. If asked to discuss the extent of his property, or his wealth, his financial contributions to village ceremonies or improvement projects, he always gives underestimates. In part this can be attributed to Javanese culture, which places a high value on personal modesty and abhors bragging. But it is also probably due to a realistic assessment of his situation in the village. He is both highly respected and resented to a considerable degree.

Pak Sastro’s mother was Iman Tani, the only daughter of Gunokaryo. His father was a farmer and not a smith. Neither Pak Sastro nor his brother, Paeran, has ever worked as a smith. When it came time for Pak Sastro to marry, he took the daughter of one of the most prominent cakal bakal families in the village as his wife. His wife, Bu Sastro, brought a considerable amount of inherited property to the marriage, including the large houseyard and house where they have lived for many years. Kajar villagers practice matrilocal residence, and Pak Sastro moved from Kajar I to Kajar III after his marriage. Bu Sastro’s yard and house have played a key role in the success of Pak Sastro, since all manner of visitors to the village (buyers, suppliers,government officials, representatives of development agencies) stop first at Pak Sastro’s and explain their business. He is therefore often in a position to seize new opportunities before other villagers come to hear of them.

Pak Sastro and his brother, Paeran, came to prominence around 1960 when they were both still in their early twenties. This is the year that Paeran first became a pamong desa, and Pak Sastro began trading raw materials and tools about the same time. From the beginning Sastro traded on a relatively large scale, and it is probable that much of the start-up capital he used for trading came from his wife.

Pak Sastro does not use the word "trader" (pedagang) in referring to himself. Instead he uses pengusaha, a modern Indonesian word which can best be translated as "entrepreneur." His conversation is sprinkled with business terms, many of them derived from English, which he has picked up in government-sponsored training courses and in conversation with Department of Industry officials and other outsiders. Like many Javanese, Pak Sastro is fairly self-contained and prone to understatement. There is one topic that causes him to speak with greater animation and enthusiasm, and that is new technologies. Pak Sastro was the first person in Kajar to own a diesel-powered electric generator, an electrically powered edge-grinding machine, an electrically powered bellows (blower), a four-wheeled vehicle, a television set, electric lights, and a camera. Partly this was because he had the money with which to purchase these items, and partly it was because of his enthusiasm for new technologies and anything which he perceives as modern.

One scene of Pak Sastro and his wife stands out in my memory and expresses the poignancy of his relations with the other villagers. While returning from household interviews one evening in 1978, I passed by Pak Sastro’s house. He had just purchased the first television set in the village, and was able to pick up programs broadcast from Yogyakarta. Since the village electrification program had not yet begun, the first sets used in rural areas were battery-operated. Pak Sastro and Bu Sastro tried to watch the set in their own home, but hundreds of other villagers crowded uninvited into their house to get a glimpse of this strange new device. Finally, in exasperation, Pak Sastro was forced to place the set in the window of his house, facing outward toward the houseyard. As a sign of their superior status, and their ownership of the the set, Pak Sastro and Bu Sastro were allowed to sit on two chairs placed in the yard in front of the set. The rest of the village stood up to watch, crowded behind them in the yard.

The second member of the ruling clique is Bu Sastro, a pretty woman from a prominent landowning family in the village. Like her husband, Bu Sastro is a trader, one who specializes in the type of foodstuffs and dry commodities which one finds in a small country store in Indonesia: rice, sugar, salt, flour, kerosene, cooking oil, cigarettes, matches, tinned biscuits, hard candy, dried chips, plastic and aluminum pails, brooms, and many other items. She owns the largest store (warung/toko) in the village, which she opened in 1965; it runs along the north side of her house and is attached to it. Bu Sastro sells directly to customers, as well as to the many other warung scattered about the Kajar and Kedung sections of the village. Six of these warung are relatively large, including one on the north side of the village owned by Gitongadi, another brother of Pak Sastro. The remaining fifteen or so are very small. Bu Sastro uses Pak Sastro’s vehicles and drivers to make regular purchasing trips to Wonosari and Yogyakarta. Access to these vehicles has given her an advantage in her trade and allowed her to become a wholesaler as well as a retailer. Of course the other warung owners could make their own shopping trips to Yogyakarta and Wonosari, but they would have to use rented transportation which would cost at least as much as the hidden interest charged by Bu Sastro. Bu Sastro gives credit on request to both wholesale and retail customers, and it is commonly said that everyone in the village has a running debt to Bu Sastro’s store. When she gives credit to retail customers, there is a 5 to 10 percent increase in the price of the items purchased.

Like the other women from Kajar, Bu Sastro takes primary responsibility for managing the agricultural fields that she and Pak Sastro own. She does not do any agricultural work herself, of course, but hires and supervises a large number of agricultural workers. This is a considerable task when one considers that Pak Sastro and Bu Sastro own many different plots which are scattered about the village. According to the village registry, Pak Sastro owns four pekarangan plots totaling 1.47 hectares and nine separate ladang plots totaling 3.51 hectares. Bu Sastro owns other plots in her own name and the names of her parents. In addition, Pak Sastro and Bu Sastro rent some fields yearly, which are not listed in the registry. Some fields, particularly those rented in neighboring villages, are probably sharecropped out, in which case Bu Sastro would not have the task of managing them. But she does manage a number of plots, and thus must divide her time between this task and running her store.

Pak Sastro and Bu Sastro were unable to have children of their own. This tragedy was overcome somewhat when Pak Harto allowed them to adopt one of his children, a very beautiful little girl named Sulastini. That little girl is now grown and has a husband and daughter of her own. She helps Bu Sastro in running the store and supervising the agricultural work. In addition, Bu Sastro took in several other children over the years, who helped her mind the store and run errands. These were also the children of relatives, but they did not have quite the same status as Sulastini. Some of the boys were employed by Pak Sastro as drivers and tool finishers when they grew up. 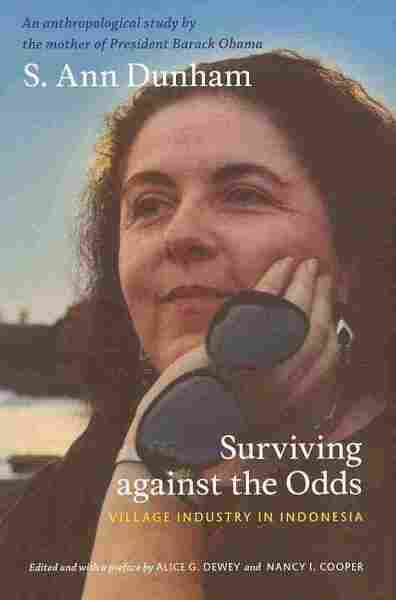 Surviving Against the Odds