Accessibility links
Excerpt: 'Liar' Justine Larbalestier's gripping and imaginative story is told by a narrator who admits, from the beginning, that she cannot be trusted to tell the truth — and she may or may not be guilty of a horrendous crime. 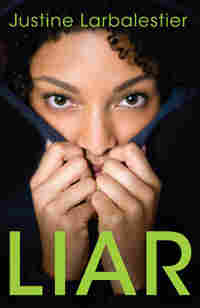 The following text was excerpted from different parts of Liar by Justine Larbalestier.

I was born with a light covering of fur.

After three days it had all fallen off, but the damage was done. My mother stopped trusting my father because it was a family condition he had not told her about. One of many omissions and lies.

My father is a liar and so am I.

But I'm going to stop. I have to stop.

I will tell you my story and I will tell it straight. No lies, no omissions.

This time I truly mean it.

The second day Zach isn't at school, I wear a mask. I keep it on for three days. I forge a note from my dad to say I have a gruesome rash and the doctor told me to keep it covered. I carry the note with me from class to class. They all buy it.

My dad brought the mask back from Venice. It's black leather painted with silver and unfurls at each corner like a fern. The silver is real.

Under it, my skin itches.

They tell us Zach is dead during third period on Thursday.

Principal Paul Jones comes into our classroom. He isn't smiling. The others look at each other. There are murmurs. I hear Zach's name. I look away.

"I have bad news," the principal says unnecessarily. I can smell the bad news all over him.

Now, we all look at him. Everyone is quiet. His eyes are slightly red. I wonder if he is going to all the classes or just us seniors. Surely we would be first. Zach is a senior.

There is a fly in the room. The fan slices through the air. A murky sliver of sunlight cuts across the front of the classroom right where the principal is standing. It makes the dust in the air visible and the lines around his eyes, across his forehead, at the corners of his mouth.

Sarah Washington shifts in her chair and its legs squeak painfully loud across the wooden floor. I turn, stare at her. Everyone else does too. She looks away.

"Zachary Rubin is no longer missing. His body has been found." Principal Paul's lips move into something between a grimace and a rictus.

A sound moves around the classroom. It takes me a moment to realize that half the girls are crying. A few of the boys, too. Sarah Washington is rocking back and forth, her eyes enormous.

Mine are dry. I take off the mask.

The first two days of my freshman year I was a boy.

It started in the first class of my first day of high school. English. The teacher, Indira Gupta, reprimanded me for not paying attention. She called me Mr. Wilkins. No one calls anyone Mr. or Ms. or anything like that at our school. Gupta was pissed. I stopped staring out the window, turned to look at her, wondering if there was another Wilkins in the room.

"Yes, you, Mr. Micah Wilkins. When I am talking I expect your full and undivided attention. To me, not to the traffic outside."

I'd been mistaken for a boy before. Not often, but enough that I wasn't completely surprised. I got the nappy gene so I keep my hair cut close to my scalp. That way I don't have to bother with relaxing or straightening or combing it out. My chest is flat and my hips narrow. I don't wear makeup or jewelry. None of them--neither students nor teachers--had ever seen me before.

"Is that clear?" Gupta said, still glaring at me.

I nodded and mumbled in as low a voice as I could, "Yes, ma'am." They were the first words I'd spoken at my new school. This time I wanted to keep a low profile, be invisible, not be the one everyone pointed at when I walked along the corridor: "See that one? That's Micah. She's a liar. No, seriously, she lies about everything." I'd never lied about everything. Just about my parents (Somali pirates, professional gamblers, drug dealers, spies), where I was from (Liechtenstein, Aruba, Australia, Zimbabwe) what I'd done (grifted, won bravery medals, been kidnapped). Stuff like that.

I'd never lied about what I was before.

Why not be a boy? A quiet sullen boy is hardly weird at all. A boy who runs, who doesn't shop, isn't interested in clothes or shows on TV. A boy like that is normal. What could be more invisible than a normal boy?

I would be a better boy than I'd ever been a girl.

At lunch I sat at the same table as three boys I'd seen in class: Tayshawn Williams, Will Daniels, and Zachary Rubin. I'd love to say that one look at Zach and I knew but that would be a lie and I'm not doing that anymore. Remember? He was just another guy, an olive-skinned white boy, looking pale and weedy compared to Tayshawn, whose skin is darker than my dad's.

They nodded. I nodded. They already knew each other. Their conversation was littered with names they all knew, places, teams.

I ate my meat balls and tomato sauce and decided that after school I'd run all the way to Central Park. I'd keep my sweat shirt on. It was baggy.

"You play ball?" Tayshawn asked me.

I nodded because it was safer than asking which kind. Boys always knew stuff like that.

"We got a pickup going after," he said.

I grunted as boyishly as I could. It came out lower than I'd expected, like a wolf had moved into my throat.

"You in?" Zach asked, punching me lightly on the shoulder.

The bell sounded. Tayshawn stood up and slapped my back. "See you later."

I grinned at how easy it was.

Being a boy was fast becoming my favorite lie.

The day I find out Zach is dead is the longest day of my life. School has always sucked. Now it's hell.

Everyone is staring at me. Not just Sarah, not just everyone from the counselling session, but every student in the entire school, even the freshmen, the teachers, the administrative staff, the janitors.

It's much worse than when they found out I wasn't really a boy.

I cannot make sense of that. How can he be dead? I saw him Friday night. We climbed a tree in Central Park. We kissed. We ran. Principal Paul must have it wrong.

I wish everyone would stop looking at me. They think they know something about me and Zach, that we were--whatever it is that we were--that somehow they have something on me.

Brandon mouths a word at me as the final bell rings.

At least I think that's what it is.

I push my way out of class, down the corridor, down the front steps, quick as I can with backpack slung over my shoulder, hands gripping the straps tight, away from school, from people I know. I turn the corner onto West Broadway and that's when I take off.

I run all the way to Central Park and once I get there I run harder and faster, lifting my knees high, pumping arms hard. I run distance at a sprint. I pass even the fastest joggers. No one is as fast and fevered as me. I'm going to run all the poison and whispers and grief out of my veins.

I don't go home until I'm run into the ground and taking another step would kill me.

You probably think I'm weird with the mask, and the sort-of-but-not-really boyfriend who's dead, and all the lies.

Past lies, I mean. I haven't lied to you and I won't. Saying that Zach was my boyfriend when he was mostly Sarah's is not a lie. He was mine. Like Brandon said--after hours.

You want to know why I used to lie?

Let me tell you about my family:

My parents are still together. Living in the same house. When they aren't arguing, they're doting. I can never decide which is worse.

My Dad's name is Isiah Wilkins. He's black like me. My Mom is Maude Bourgault, or was, she's Maude Wilkins now. She's white. Though Dad doesn't believe it. Dan can see the black in anyone even when it isn't there. He tells the world the way he wishes, not the way it is. Dad says Mom's "corkscrew" curls are near as nappy as his own and doubts that her full lips came from anywhere white. My Mom laughs. How would she know? She's adopted and hated her family. She ran away.

Dad's dad was black, but his mom is white. Grandmother's our whole family. She and Great Aunt Dorothy, and when he was alive, Great Uncle Hilliard. The oldest ones alive are Grandmother and Great Aunt. I call them the Greats.

To say the Wilkins are reclusive would be to understate it. They take keeping to your own a long way past crazy. They stay on their farm. All 200 acres of it. They are self sufficient. They don't understand why everyone doesn't do the same thing. Grandmother has never been down to the city.

The Wilkins came to New York State more than a century ago; all the way from Poland or Russia or the Ukraine. One of those. They're from the Carpathian mountains. Where they lived for generations, going into town as seldom as possible, living far from other families. Mountain people: long-lived, rail-thin, cranky, and taciturn.

They brought that mountain chill all the way to America, to upstate New York, where they live and breed, getting older and crankier and skinnier.

That's my family. All of them much weirder than me. 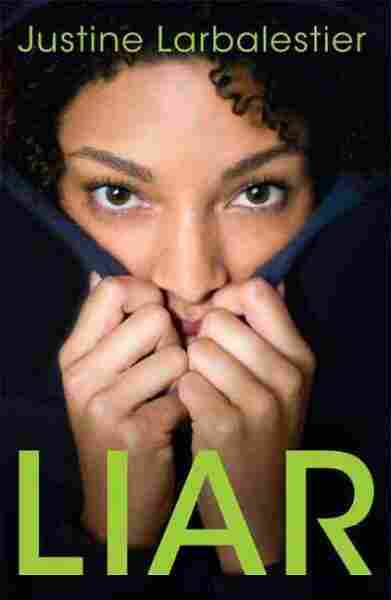