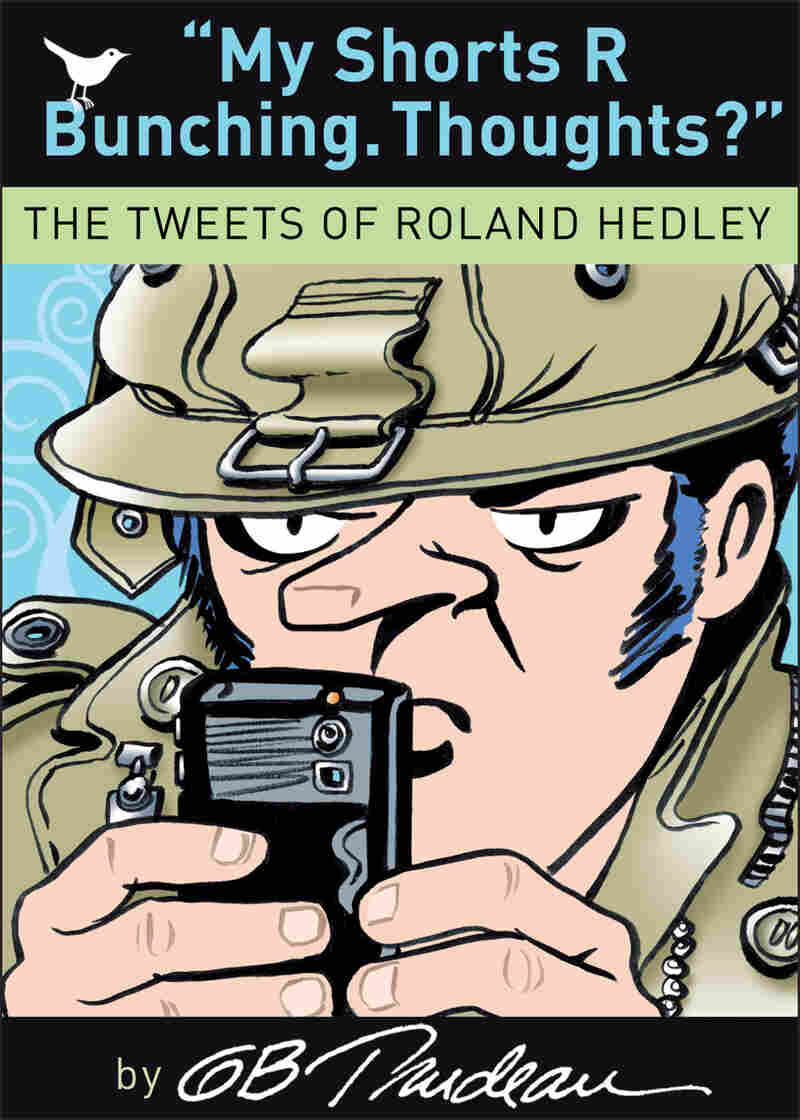 You don't have to be a real person to amass a following on Twitter.

The brash and buffoonish Roland Hedley, a fictional Fox News correspondent created by cartoonist Garry Trudeau, has attracted more than 14,000 followers since he began "tweeting."

Trudeau's Doonesbury is still a daily cartoon strip, but he tweets as Hedley in real time.

After The New Yorker magazine published some of the character's best Twitter musings earlier this year, Trudeau compiled a book of Hedley's ridiculous tweets, called My Shorts R Bunching. Thoughts?: The Tweets of Roland Hedley.

Trudeau tells NPR's Robert Siegel that ABC's (real) White House correspondent Jake Tapper encouraged him to take Hedley to Twitter. Hedley was already tweeting in a Doonesbury storyline, but Trudeau says Tapper told him to have Hedley tweet in real time between strips.

Tapper himself is a "journotwit" — a journalist who uses Twitter — and he sometimes tweets about Trudeau and Hedley. "Garry Trudeau — who tweets satirically as @roland_hedley — thinks journotwits are time-wasting narcissists," Tapper wrote earlier this year. 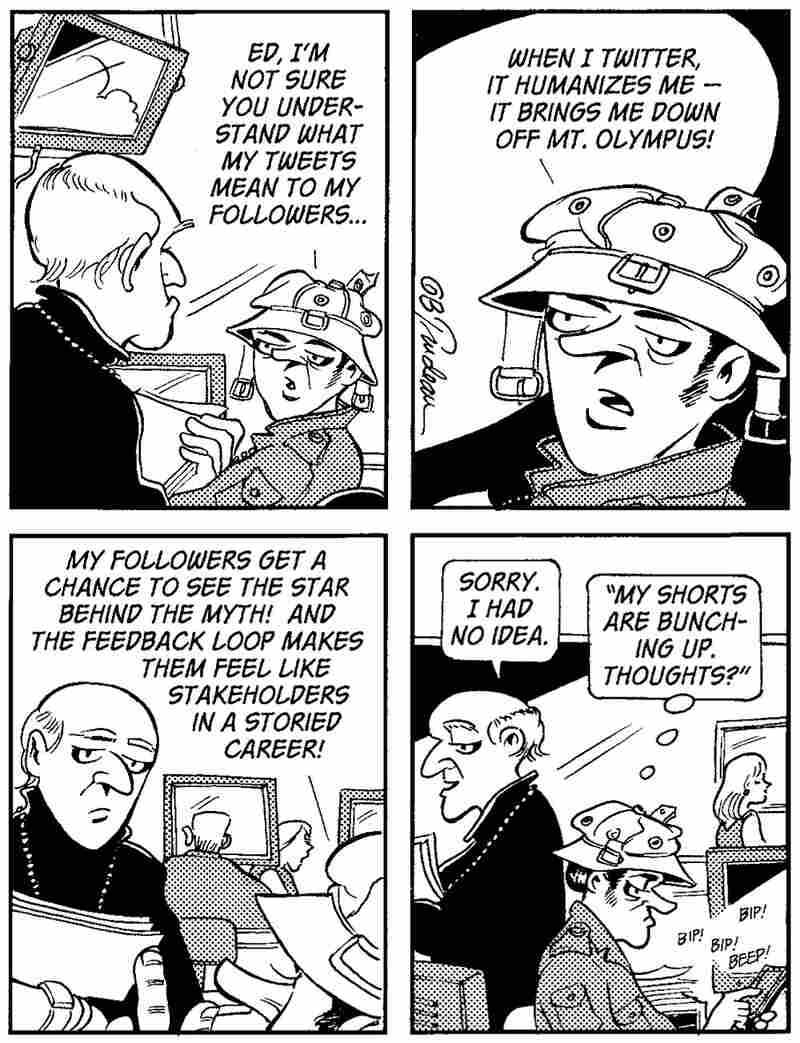 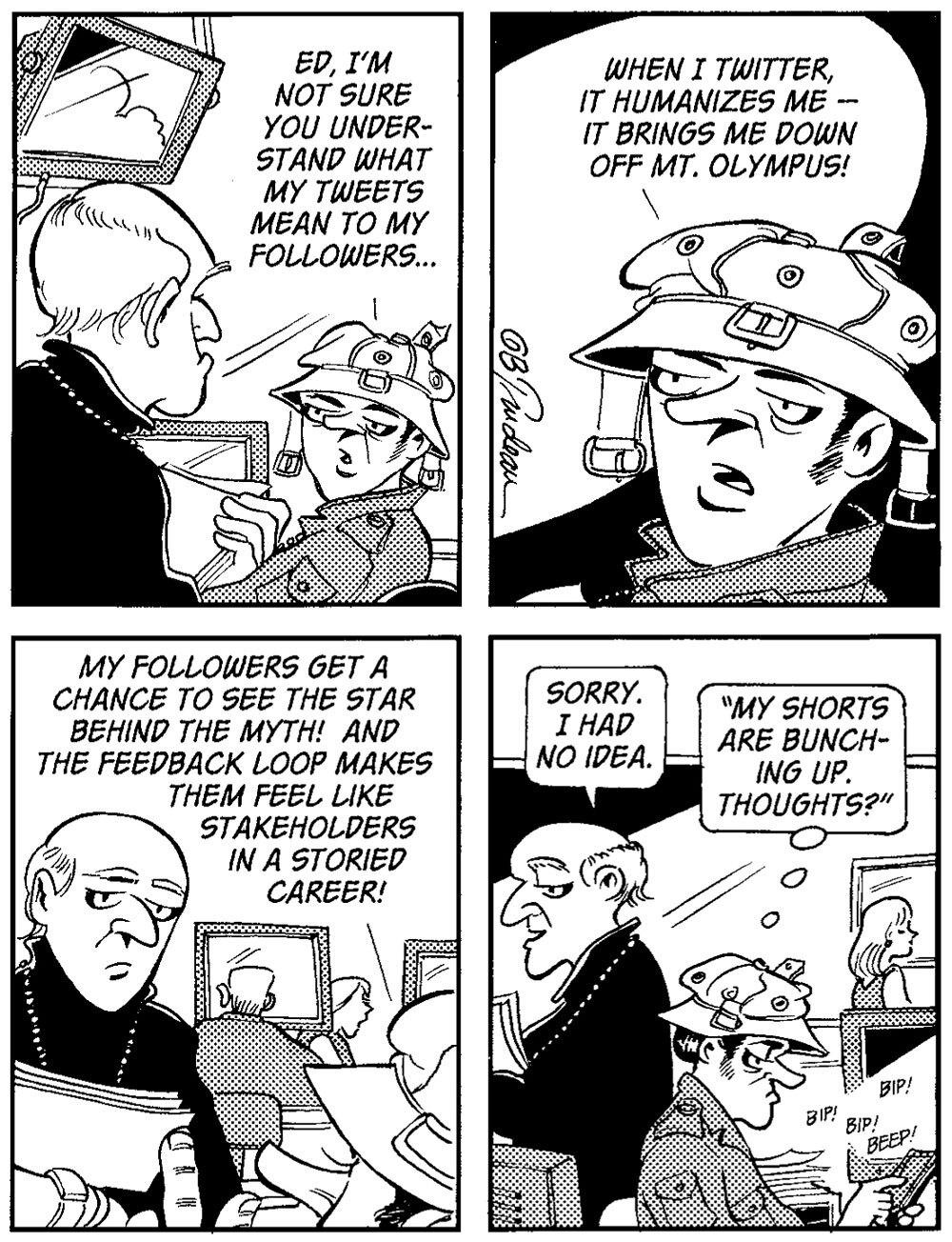 Trudeau says that Hedley has some "pretty tough competition" from real journalists who use Twitter.

Hedley "follows" the tweets of Sam Champion, the weather anchor for ABC's Good Morning America. The fictional Hedley first noticed Champion because he tweeted about minor surgery he had to remove skin cancer from his face. Says Trudeau: "Roland had nothing but scorn for this because he removes his pre-cancerous lesions from his face with a cigarette lighter in the privacy of his own Porsche."

"I think we may be hitting the end of the road" when it comes to Hedley's Twitter feed, Trudeau says. "I really didn't welcome another deadline in my life. In fact, I had intended to simply do this for seven or eight days until the two weeks I was writing in the strip about tweets was over."

That seven or eight days has grown into hundreds. "Writing this stuff is a new kind of challenge. ... I'm used to writing in a kind of economical form, but this is like comedy haiku," says Trudeau. "You drop some words into that little box, and you edit and re-edit and re-edit, and the idea, of course, is to create the impression that it is completely unedited." 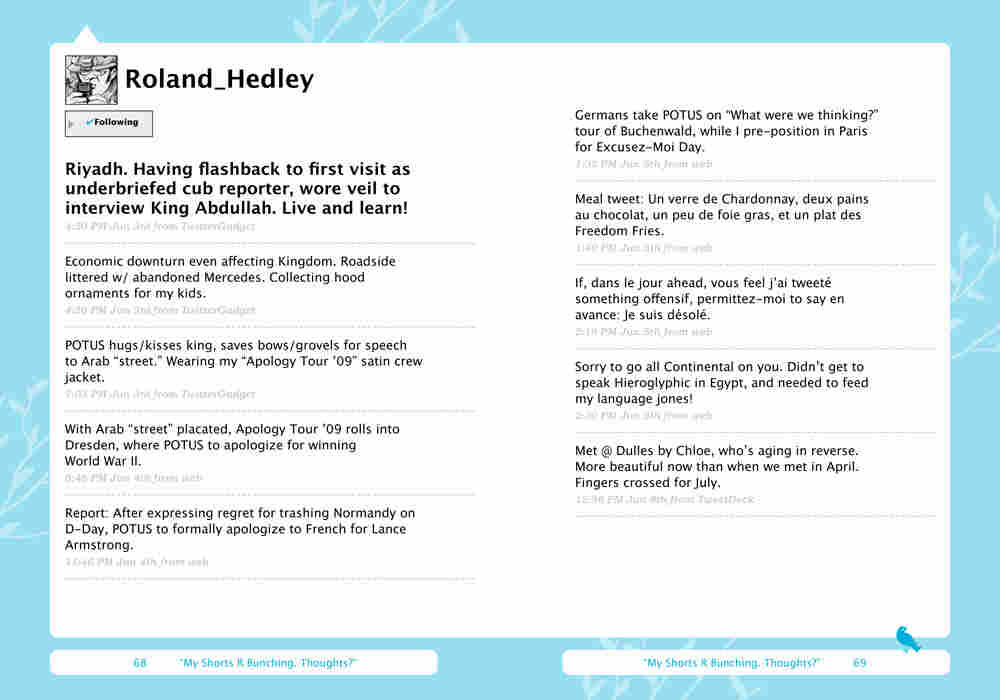 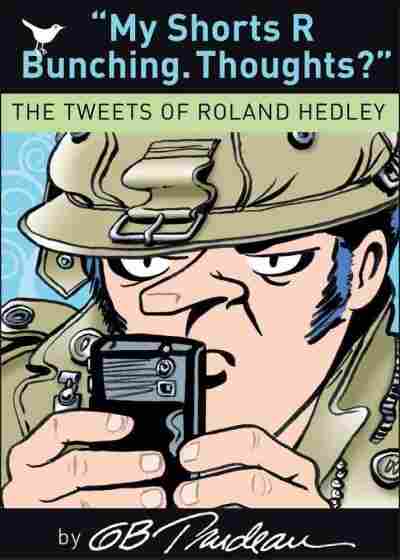 The Tweets of Roland Hedley