Accessibility links
Reich On Reich: A Composer And His Music Steve Reich introduces key pieces in a 50-year career as one of America's most innovative composers. It's part of Maximum Reich, a weeklong celebration of the composer and his music on Q2, the new music stream from WQXR in New York.

Listen To The Weeklong Steve Reich Festival On Q2, The New Music Stream From WQXR

For the next week at Q2, the new music stream from WQXR in New York, we celebrate Steve Reich with a variety of concerts, interviews and videos of the composer and his music. We're calling it Maximum Reich. On this page, the composer himself introduces five of his milestone works. 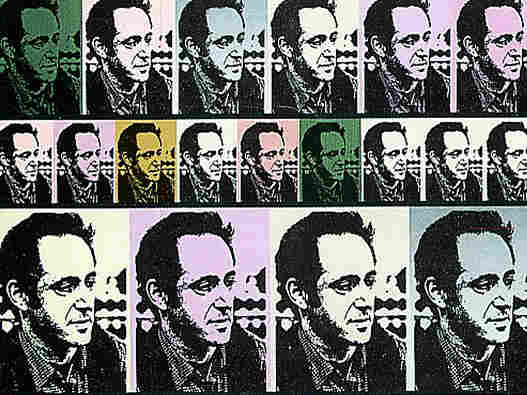 Reich seems to burn at a different temperature than ordinary humans. Whether it's hotter or cooler is still unclear, but one thing is certain: He generates white-hot passions in listeners. When we were considering an immersive debut festival for Q2, we knew it had to be Steve Reich. He embodies everything we hope for the stream to be: from and of New York City; dynamic, intellectually stimulating and emotionally engaging. Okay, perhaps controversial sometimes, and above all, restless and constantly craving discovery. Wherever you might be on the passion scale, there's no denying that he's been a defining part of the contemporary musical and artistic scene. In this weeklong festival, Reich speaks not only through his music, but in interviews and specially recorded introductions to his seminal works. — Limor Tomer, Executive Producer WNYC / WQXR

(To hear ongoing coverage of 'Maximum Reich' click on the link above. To discover more coverage on Q2, click here.) 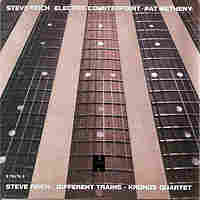 A lot of classical guitar players approached me and said, "Your music would sound really good on guitar," and I thought, hmmm? Because inside, I felt like the guitar of our time is the electric guitar; it's not the classical guitar. I talked about this with Bob Hurwitz, the president of Nonesuch Records, who said, "Maybe guitarist Pat Metheny would be interested in this." In five minutes, the phone rang, and it was Pat. So we got together and I told him, like many composers, I don't know how to write idiomatically for the guitar. Give me some advice. He said, "Write single lines; stay away from a whole lot of chords." And that's what I did. It's partially a jazz-, partially a rock-inflected piece. 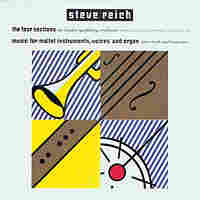 Music for Mallet Instruments, Voices and Organ is a real breakthrough piece for me. It was the first piece where I decided, what if we had changes of harmony that would give a little variety? What if we have a whole ensemble of vibraphone, marimbas, glockenspiels, electric organ, voices and regular changes of harmony? I've always been very happy with the piece. It's also the grandparent of Music for 18 Musicians. I never would have written that piece had it not been for Music for Malllet Instruments, which was the predecessor.


(Click here for a special NPR feature on Music for Mallet Instruments, Voices and Organ.) 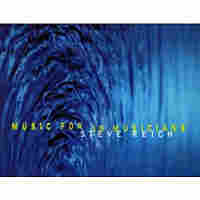 Music for 18 Musicians took really almost two years -- between 1974 and 1976 -- to complete. One of the basic ideas I had when I started the piece was, okay, this is going to be a large ensemble of musicians, but there's not going to be a conductor. So how are we all going to stay together? Two instruments within the ensemble become the conductor. One of them is the vibraphone. Every time you hear the vibes playing, it's a signal saying, "get - set - and - change." And you'll hear -- voila! -- that's exactly what happens every time the vibes play. The idea came from listening to West African drumming, where the master drummer will give a signal to the other musicians playing. Everyone knows to wait for that, and when they do, they peal off in formation into the next section of the piece. The music doesn't sound like West Africa at all, but the thinking comes from there.

(Click here for a special NPR feature on Music for 18 Musicians.) 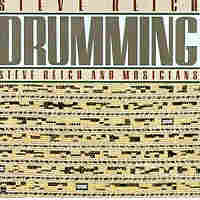 Drumming was finished in 1971, and it's based on the fact that I was a drummer at age 14. I was a drummer because I heard bebop for the first time, and I decided that I wanted to be Kenny Clark. I also had taken a trip to Ghana in the summer of 1970, and a lot of people are thinking, "Oh, he went to Ghana and then wrote Drumming," but it's really not quite that way. It's more like: Kid is a drummer at 14, later goes to Ghana and gets a big pat on the back, saying, yes, percussion can be a source of new instrumental music that's as interesting -- or more so -- than all the electronics going on at this very same time. The piece is scored for tuned bongos, marimbas, glockenspiels, women's voices, piccolo and whistling.


(Click here for a special NPR feature on Drumming.) 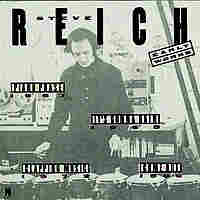 Piano Phase, for 2 pianos (or 2 marimbas)

Piano Phase was written in 1967, and it was the very first piece of live music that used the phasing technique. What is that? That's where you and I are both playing piano. You play a repeating pattern over and over again, I join you in unison, and then very slowly, you stay put and I try to get just a little tiny bit faster until I'm one 16th note ahead of you. And then we sort of hold that "round" (like "Row, Row, Row Your Boat"). And then I do the same thing again, until after five or ten minutes and I'm back in unison with you. And then the pattern changes and the process happens again. It was a big breakthrough for me, because I felt I didn't want to be trapped with tapes the rest of my life, and this was proof that it could be done by live musicians.