Accessibility links
Bill Exempts Auto Dealers From Agency Oversight Under the financial overhaul bill before the House, auto dealers would not be regulated by a proposed Consumer Financial Protection Agency. Consumer advocates want to change that. They argue that the exemption means car buyers won't be protected against abusive auto loans originated by the dealers. 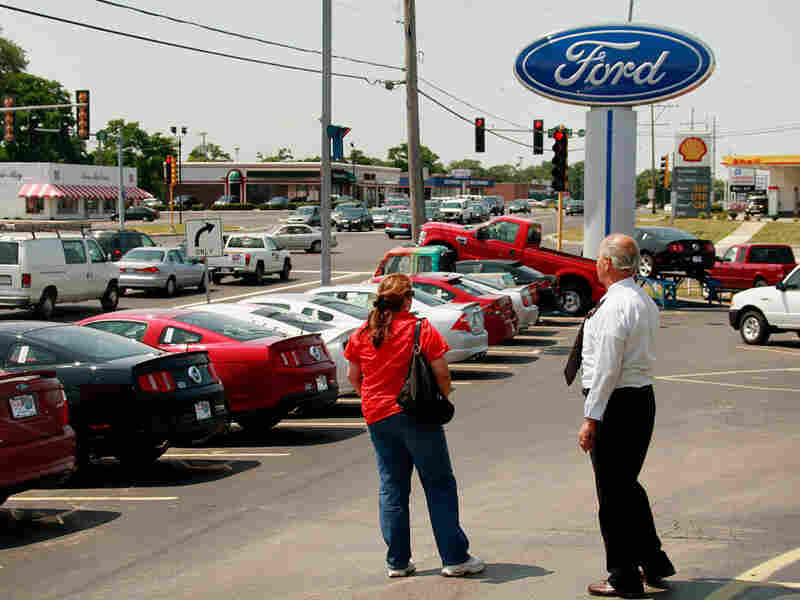 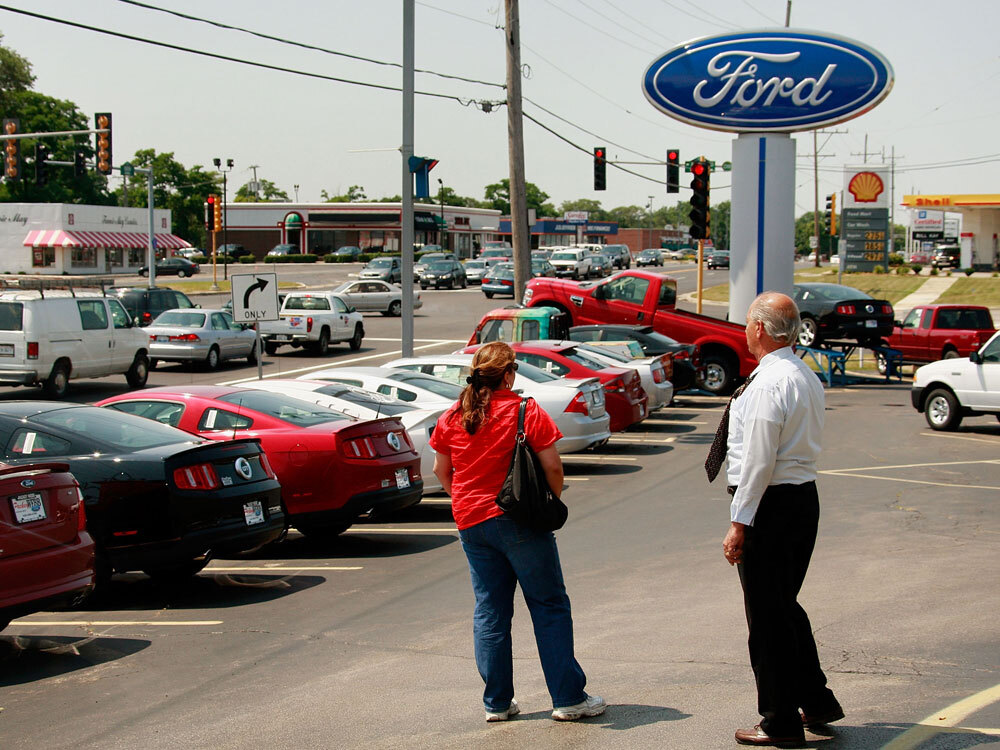 A financial overhaul bill that lands on the House floor Wednesday would regulate everything from complex derivatives to home mortgages. Consumer groups generally support the bill, but one thing they're anxious to change is an exemption won by auto dealers from being regulated by a proposed Consumer Financial Protection Agency.

Auto dealers won the exemption in an amendment proposed by California Republican John Campbell, himself a former auto dealer. Campbell had argued that in most cases, dealers are just helping consumers arrange financing with banks; they're just passive intermediaries.

"Somebody simply in the middle saying, 'All right, here's these people who will loan you, customer, money,' " he said. "But they're not actually loaning the money."

But consumer advocates argue that the dealer's role in financing vehicles is about as passive as a truck ad.

"Auto dealers are very active players," says Rosemary Shahan, a consumer advocate and longtime auto industry critic. "They have a huge influence over the kind of loan that most people get when they buy a car."

In about 80 percent of auto sales, car dealers are not lending their own money; they're arranging loans for their customers with banks or finance companies. But the deals bring in huge profits for dealers, Shahan says, and there are a lot of ways for them to make money in the process.

"You fill out a credit application, and a dealer submits it to a lender. And what they're not telling you is they get a kickback in exchange for raising the interest rate on your loan," she says.

Dealers call it a commission, not a kickback, and many states have limits on the amount a dealer can raise the rate. But, Shahan says, dealers also are incentivized to pack the loan with items of questionable value, such as fabric protection and undercarriage coating.

Michael Harrington, chief lobbyist for the National Automobile Dealers Association, says there is no need for the proposed Consumer Financial Protection Agency to oversee auto financing because it's already regulated by the states, the Federal Reserve and the Federal Trade Commission.

"Less than 1 percent of the complaints to the FTC were auto-related, so it's really a solution in search of a problem," he says.

But David Vladeck, director of consumer protection for the FTC, disagrees.

"Most people who have bought a car that they're having a problem with complain to either their state attorney general or their county or city consumer protection authority," he says. "So the fact that we see only a small fraction of the complaints doesn't mean that this is an area that shouldn't be regulated also by the federal government."

"What the exemption would do is it would protect auto dealers on the back of middle-income borrowers," he says. "It is a curiously regressive way of providing a bit of corporate welfare to a favored political interest."

That political interest is very powerful: Auto dealers spent almost $10 million on lobbying over phe last year and gave $3.5 million to current members of the House during the last campaign.