Accessibility links
The New Republic: North Korean Soccer Unveiled The World Cup is only six months away, and adding to the list of South Africa's many hosting challenges is accommodating one of the world's most peculiar teams: North Korea. There is little that we know for sure about the team, but what we do know is surprising. 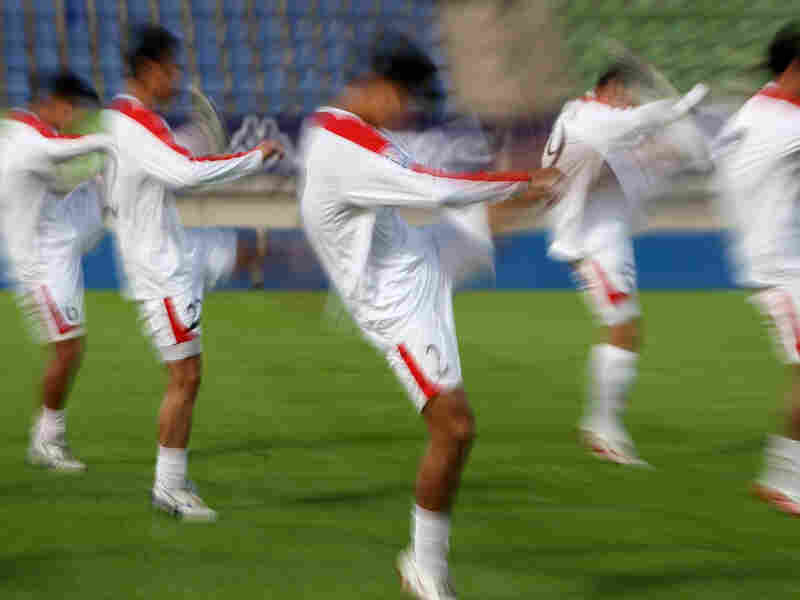 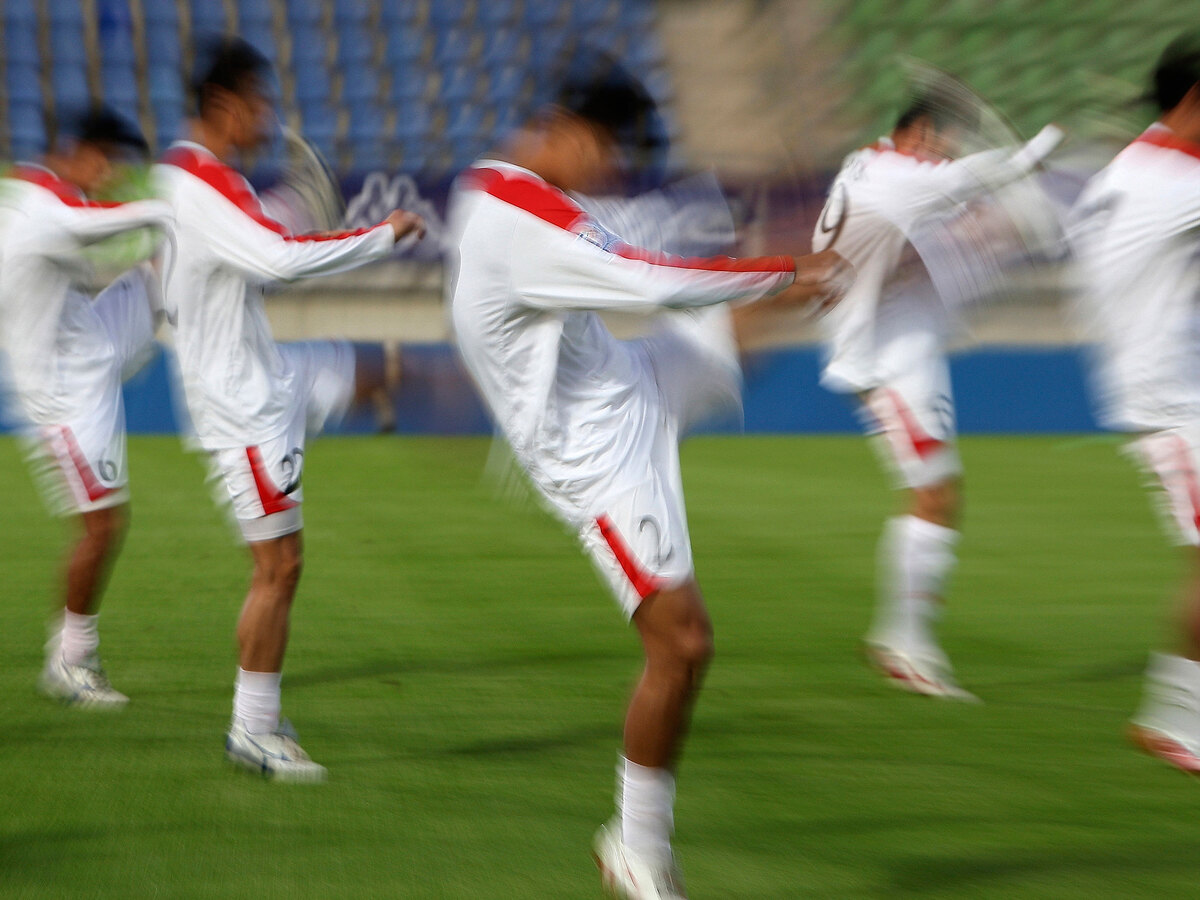 The World Cup is only six months away, and adding to the list of South Africa's many hosting challenges is accommodating one of the world's most peculiar teams: North Korea, who will be competing for the first time since 1966. When the team merely qualified in June of this year, they were greeted back home as heroes, with hoards of fans welcoming them at the airport with pink and red pom-poms while showering them with flags and leis.

Last week, the team found out their first opponent will be international powerhouse Brazil. Though prospects for success are dim, the last time North Korea competed (over 40 years ago), they achieved a remarkable 1-0 victory over Italy and qualified for the quarterfinals. But the team has garnered little attention since then, other than for their unruly and hostile fans.

Like all topics related to The Hermit Kingdom, there is little that we know for sure about the team. But what we do know is surprising:

1) North Korea's 1966 upset over Italy is not only a seminal moment in North Korean sporting history; it was also the first time that an Asian team had qualified for the World Cup quarterfinals — and the last one for 36 years, until the South Koreans made it to the semi-finals in the 2002 cup. That same year, a British film crew managed to interview some of the surviving members of the 1966 North Korea team and released a documentary film chronicling their experiences, The Game of Their Lives. (Watch the trailer here.)

2) Despite the diplomatic isolation of the country and extreme travel restrictions on its citizens, North Korea does send some of their players to train and compete with European teams. Through scattered news reports compiled by dedicated bloggers, we know that DPRK players train on Russian and German teams and friendly matches have been played in Switzerland.

3) Surprisingly, Team North Korea has a corporate sponsor: Erke (pronounced "ARE-keh"), the same Chinese sports apparel company that outfitted the North Korean Olympics team. It's unclear what motivates them to keep doing business with the team given the numerous problems they encountered in Beijing, such as the North Korean athletes' refusal to wear Erke's logo at the opening ceremonies since they felt it would distract from the North Korean flag.

4) The North Korean women's team is actually both more successful and more of a true international competitor than the country's men's team. The team is ranked fifth in the world and number one of all the Asian teams. In the 2007 Women's World Cup, they made it to the quarterfinals. They are known for being quite aggressive, most infamously when their goalie attacked and kicked a referee in the back when a decision was made against them in a 2006 qualifying match.

5) North Korea's soccer team has not been immune to its country's human rights abuses. The team's 5-3 loss against Portugal at the 1966 World Cup, which knocked them out of the competition, led to several investigations by the authorities, after which many players were forcibly relocated or imprisoned. Chol-hwan Kang, the South Korean defector who wrote about his time in the North Korean gulags in The Aquariums of Pyongyang, says he recognized a player from the 1966 team in prison with him.

The U.S. Government Is Getting Played by Burma's Junta--Again by Joshua Kurlantzick

Gasp! Are Liberals out to Destroy the Former Host of 'Love Connection'? by David Roth

Should the EPA Create Its Own Cap-and-Trade System? by Michael A. Livermore

Natalie Portman Finally Acts Like a Grownup by Christopher Orr

Can Our Economy Survive Without Big Banks? by Simon Johnson