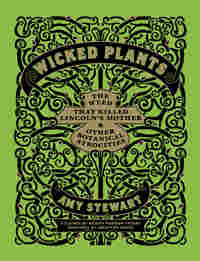 Chapter One: Consider Yourself Warned

Innocent? This is how Giovanni viewed the luxuriant vegetation below his window, and it is how most of us approach our gardens and the plants we encounter in the wild: with a kind of naïve trust. We would never pick up a discarded coffee cup from the sidewalk and drink from it, but on a hike we'll nibble unfamiliar berries as if they had been placed there for our appetites alone. We'll brew a medicinal tea from unrecognizable bark and leaves that a friend passes along, assuming that anything natural must be safe. And when a baby comes home, we rush to add safety caps to electrical outlets but ignore the houseplant in the kitchen and the shrub by the front door — this in spite of the fact that 3,900 people are injured annually by electrical outlets, while 68,847 are poisoned by plants.

I didn't write this book to scare people away from the outdoors. Quite the opposite is true. I think that we all benefit from spending more time in nature — but we should also understand its power. I live on the rugged northern California coast, and every summer the Pacific Ocean sneaks up behind a family enjoying a day at the beach and claims a life. Those of us who live here know that so-called sleeper waves can kill with no warning. I love the ocean, but I never turn my back on it. Plants deserve the same kind of guarded respect. They can nourish and heal, but they can also destroy.

Some of the plants in this book have quite a scandalous history. A weed killed Abraham Lincoln's mother. A shrub nearly blinded Frederick Law Olmsted, America's most famous landscape architect. A flowering bulb sickened members of the Lewis and Clark expedition. Poison hemlock killed Socrates, and the most wicked weed of all — tobacco — has claimed ninety million lives. A stimulating little bush in Colombia and Bolivia called Erythroxylum coca has fueled a global drug war, and hellebore was used by the ancient Greeks in one of the earliest instances of chemical warfare.

Plants that are monstrously ill-mannered deserve recognition, too: kudzu has devoured cars and buildings in the American South, and a seaweed known as killer algae escaped from Jacques Cousteau's aquarium in Monaco and continues to smother ocean floors around the world. The horrid corpse flower reeks of dead bodies; the carnivorous Nepenthes truncata can devour a mouse; and the whistling thorn acacia harbors an army of aggressive ants that attack anyone who comes near the tree. Even a few interlopers from outside the plant kingdom — hallucinogenic mushrooms, toxic algae — merit inclusion here for their wicked ways.

From Wicked Plants: The Weed That Killed Lincoln's Mother and Other Botanical Atrocities by Amy Stewart. Copyright 2009 by Amy Stewart. Published by Algonquin Books. Used by permission of the publisher. All rights reserved. 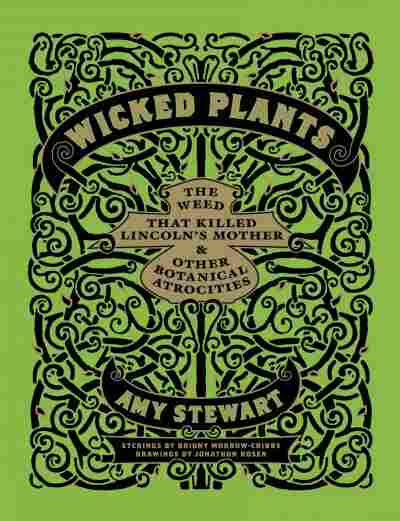