Accessibility links
U.S. Diplomacy Makes A Call To Tech Support The State Department's new adviser on innovation is looking to apply tech-world solutions to global problems. Some of the initiatives: Encouraging Mexicans to use text messaging to report drug violence and finding better ways to protect cellular phone networks in Afghanistan. 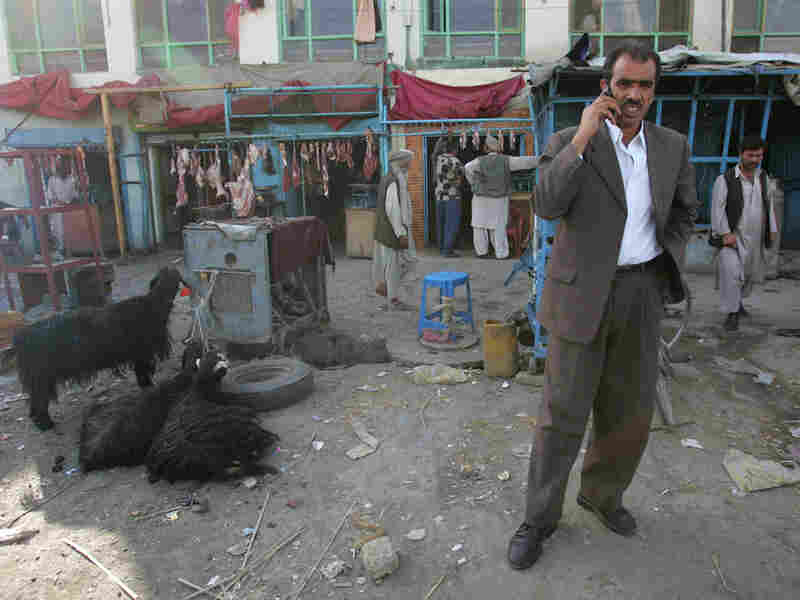 A man talks on his cell phone in Kabul, Afghanistan, in this 2007 photo. As part of its initiative to use technology to address global problems, the State Department is working on better ways to protect mobile phone service in Afghanistan from insurgent attacks. Saurabh Das/AP hide caption 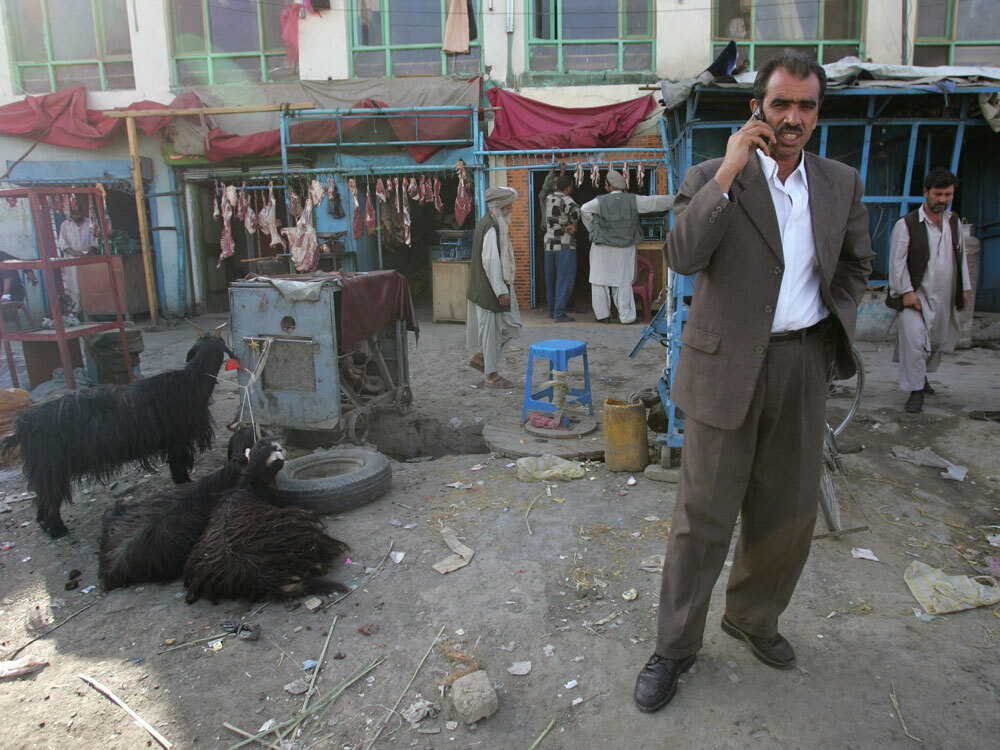 A man talks on his cell phone in Kabul, Afghanistan, in this 2007 photo. As part of its initiative to use technology to address global problems, the State Department is working on better ways to protect mobile phone service in Afghanistan from insurgent attacks.

Secretary of State Hillary Clinton often jokes that she's not very tech savvy, but she has made technology an important part of U.S. diplomacy from Afghanistan to Mexico.

And she has appointed a 37-year-old technology policy expert to advise her on these matters.

"One of the things that we saw was that the Taliban was forcing the shutdown of the cellular networks at night, and they then would conduct raids and would be able to do things out of view while the cell networks were powered down," Ross said in a recent interview at the State Department.

The State Department is working on better ways to protect mobile phone service in Afghanistan. It created an insurance program for private service providers that "basically took the risk out of bringing telecommunications infrastructure in the region," Ross said.

Before joining the State Department and campaigning for President Obama, Ross co-founded One Economy, a nonprofit organization with the goal of bridging the digital divide in the United States.

The organization got Clinton's attention when she was a U.S. senator from New York. "We worked together to help bring broadband and computers to low-income communities in upstate New York," Ross said, adding that Clinton has been supportive of his efforts to use technology to help empower disadvantaged people.

Ross is not talking about handing out laptops in Africa, though. He said what he has learned in the seven months on the job at the State Department is how important mobile phones have become in places as remote as Africa's war-ravaged eastern Congo. When he visited Goma this year, he said, his Blackberry "chirped to life" and he had more choices of service providers than he does in Washington, D.C.

In Congo, he is trying to encourage peacekeepers to use mobile phones and text messaging to share information about the movement of militias so that women and children can better protect themselves.

In Mexico, Ross plans to launch a program next spring to encourage people to use mobile services to report drug violence — providing law enforcement with vital information that it otherwise might not receive because witnesses are reluctant to come forward.

"People are simply not walking up the literal or proverbial steps of the police station house. They fear retribution, and those fears are very reasonable," Ross said.

Ross is working with U.S. and Mexican telecommunications companies to offer free text messaging for Mexicans who want to report a crime.

Nongovernmental organizations working on the project would strip away the personal information about witnesses and map the alleged crimes before the information goes to the police.

"The idea is to bring technology and transparency and accountability to the fight against drugs and also to take the fear and impunity out of reporting crime," said Ross, who led a group of U.S. technology experts to Mexico on a recent trip.

He joked that by using the contacts he made when he worked with One Economy and on Obama's presidential campaign, he's trying to see if Silicon Valley companies can help upgrade U.S. diplomacy.

"It's a special moment in time," Ross said with confidence. "The work I did at One Economy produced pretty spectacular outcomes, but the opportunity to do that in the context of America's foreign policy and at this scale can make a much bigger impact."