Accessibility links
Tea Party Activists Harness Anger To Push Message Ten months after the Tea Party movement formed, organizers are trying to figure out how best to capture the angry energy that has fueled their protests. In Dallas, the local party is trying to locate like-minded, fiscally conservative people, educate them about future candidates — and make sure they get to the polls. 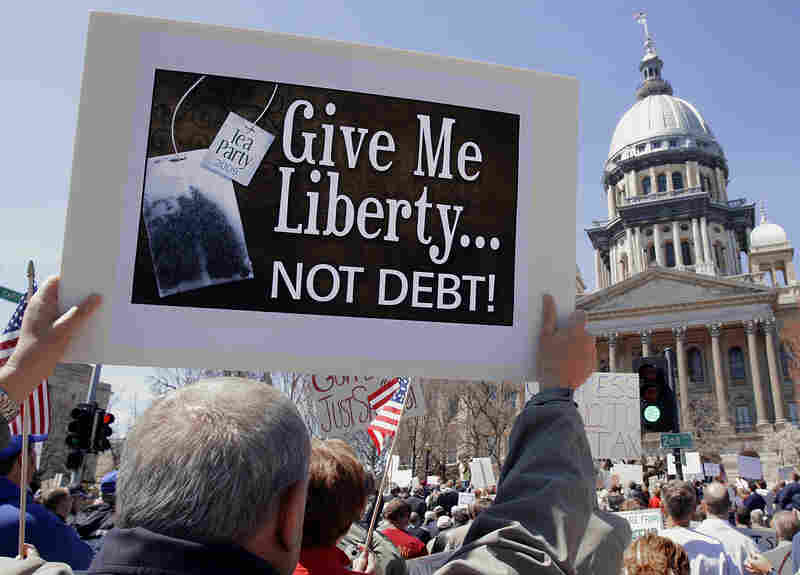 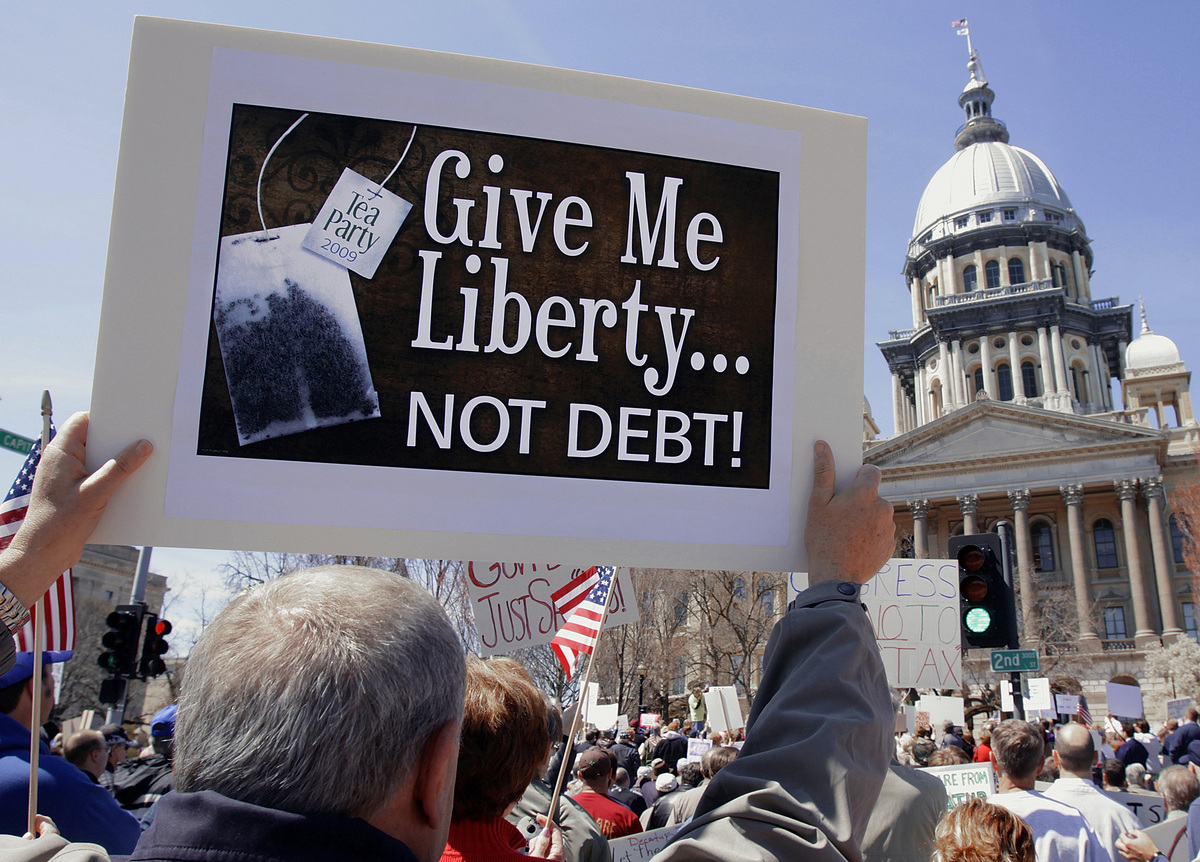 Ten months after the Tea Party movement burst onto the scene, organizers of the fiscally conservative movement are trying to figure out how to harness the angry energy that has fueled their protests.

And it may be working.

According to a new Rasmussen Reports poll, Republican candidates should take notice of the activists.

Of 1,000 people surveyed, 23 percent said they preferred the yet-to-be-formed political party over Republican and Democratic candidates from their districts. While the Democrats attracted 36 percent of the vote, the Tea Party candidate picked up 5 percentage points more than the Republican Party candidate.

So Where Is The Anger Coming From?

At first, the conservative movement was all tantrum, rant and hyperbole. From the floor of the Chicago Mercantile Exchange on Feb. 19 — a month after President Obama took office — CNBC reporter Rick Santelli ranted about the White House's plans to bail out millions of underwater mortgages. He implored "the silent majority" to say "no" to the administration's wasteful efforts.

"We're thinking of having a Chicago Tea Party in July," he shouted. "All you capitalists that want to show up to Lake Michigan, I'm going to start organizing."

Everything we do needs to be about getting people to the polls that agree with our point of view, and to help those candidates that are aligned with our five principles.

And from those words, a grass-roots movement was born. The next morning, the first Tea Party organization set up shop in Chicago. Within weeks, there were rallies of protesters bursting with anger at TARP, the stimulus plan and taxes in several cities. Invoking the symbolism of the Boston Tea Party of 1773 tapped into a very real and angry populist undercurrent in the United States.

On April 15, national Tea Party organizers claim an estimated 1.2 million people gathered for nearly 2,000 "tea parties" around the country to show their disdain for the government.

In the months that followed, the groups grew — and the protests got angrier.

With the help of provocative sound bites about the intimations of rebellion — like saying Texas should close the borders and secede from the nation — the activists got noticed. Tea Party Patriots could be heard on talk radio, cable TV and the evening news.

The anger is evolving into a grass-roots conservative network that local candidates for office — especially Republicans — can't afford to ignore.

In Dallas, the local Tea Party claims 14,000 members who have subscribed to their e-mail list. It's not a political party — rather the group stands for five basic principles: limited government, fiscal responsibility, personal responsibility, the rule of law and national sovereignty.

The group doesn't run candidates of its own. It doesn't even endorse candidates. Instead, it creates scorecards for candidates on issues that express the five principles.

In 2010, the group tells NPR's Robert Siegel, it's looking to grow — to locate like-minded, fiscally conservative people, educate them about future candidates and make sure they get to the polls.

"Everything we do needs to be about getting people to the polls that agree with our point of view, and to help those candidates that are aligned with our five principles," says Ken Emanuelson, a Tea Party organizer in Dallas who is also a patent lawyer and veteran of many conservative Republican campaigns. "And if we do that job, we're gonna make headlines, we're gonna make some history." 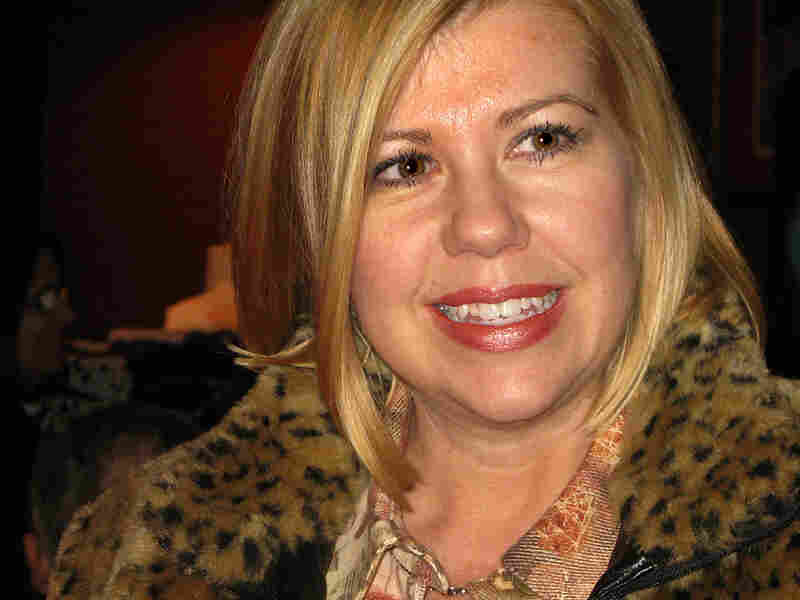 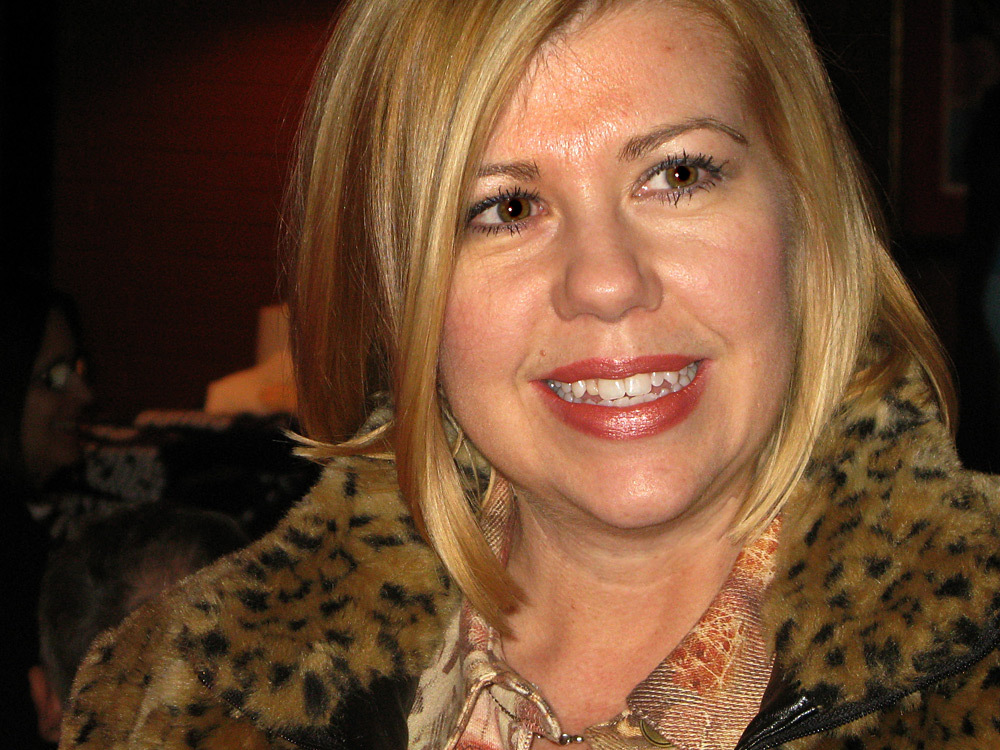 Lorie Medina, an emerging leader for the Dallas Tea Party, says a lot of emotions erupted this year after President Obama took office in January.

'They're Scared About Where The Country Is Going'

Stay-at-home-mom Lorie Medina, 43, another emerging party leader, says she is focused on the narrower issue of fiscal conservatism. She says it appeals to many people who disagree on other matters.

The lifelong conservative voted for Ronald Reagan and was an early subscriber to The Weekly Standard. Her children attend Christian schools. She is the daughter of a Baptist preacher from Missouri and thoroughly anti-abortion.

"Some people were scared — they're scared about where the country is going," says Medina. "I think it was a lot of emotions that erupted this last summer — and I think if the politicians think that was the end of it, I think they've got another thing coming."

Medina says Obama is the lightning rod who infuriates the Tea Party movement.

"It's like I wake up every morning, and there's something new on the news that's upsetting that I read about that he does," she says. "If you look at the way he speaks, the way he talks about our country, if you look at the programs and the things he tries to put into place, it really appears that he does not love our country like most Americans do — and like past presidents do."