Accessibility links
Dairy Groups Fight To Keep Chocolate Milk On Menu Chocolate milk has been kicked off the lunch menu at schools across the country. The dairy industry says that even though it contains more sugar than white milk, it's more nutritious than soda or other drink options. But healthful-lunch activists aren't so sure. 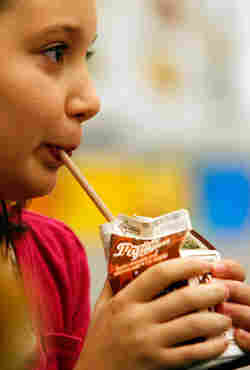 A fifth-grader in Barrington, Ill., drinks chocolate milk during lunch. The drink was temporarily put back on the lunch menu at the school after students protested its yearlong ban. Nam Y. Huh/AP hide caption 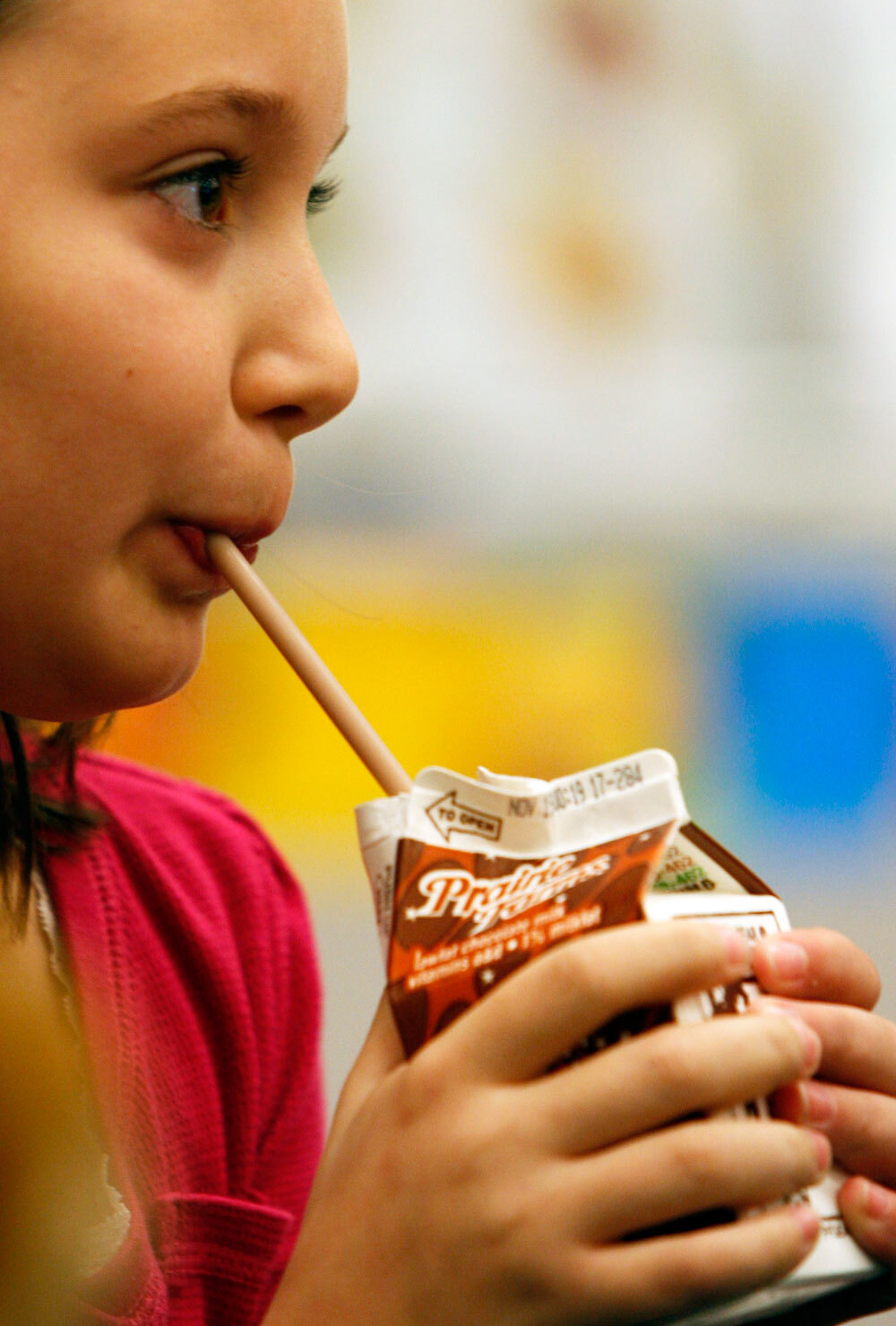 A fifth-grader in Barrington, Ill., drinks chocolate milk during lunch. The drink was temporarily put back on the lunch menu at the school after students protested its yearlong ban.

Some school lunchrooms have turned into virtual battlefields in recent years as activists push for more healthful menus. Remember the soda wars and ketchup as a vegetable?

The latest fight is over chocolate milk. Critics say it has too much sugar, and they have persuaded schools across the country to get rid of it.

In response, the dairy industry has launched the "Raise Your Hand for Chocolate Milk" campaign. There's a Facebook page and an online petition to keep chocolate milk in school lunchrooms.

"We know that when flavored milk is taken out of the school, kids' milk consumption goes down," says Ann Marie Krautheim, senior vice president of nutrition affairs for the National Dairy Council.

Krautheim argues that children don't drink enough milk as it is. And if schools remove chocolate milk, kids will choose less nutritious drinks.

Chocolate milk is soda in drag, as far as I'm concerned ...

"A small amount of added sugar is an acceptable trade-off for the nutrients provided in milk," Krautheim says.

On that last point, Ann Cooper agrees. She is the director of nutrition services for Boulder's public schools. A few years ago, she expelled chocolate milk from lunchrooms in the Boulder Valley School District. Her activism over the years has earned her the nickname "renegade lunch lady."

"Chocolate milk is soda in drag, as far as I'm concerned," Cooper says. "In many chocolate milks, there's 3.1 grams of sugar per ounce. Soda is 3.3. It's so close."

Instead of offering chocolate milk, she tries to make regular milk more palatable to kids. She ensures that it's served cold and not in those paper cartons that can sometimes smell bad.

It's no wonder that the dairy industry is working so hard to protect its chocolate milk business. More than half of all flavored milk is sold in schools — that makes up about 4 percent of all milk sales in the U.S.

And the lunchroom is a good place for the dairy industry to pick up new customers.

Kids will take eating habits they learn in the lunchroom into their adult lives. And that's important for the industry, because despite all those popular "Got Milk?" advertisements, people don't drink as much milk as they used to.

"The per capita consumption of fluid milk, in all of its formulations, has been declining in the U.S. since the 1960s," says Cameron Thraen, a dairy economist at Ohio State University.

There are no statistics showing how many schools have kicked chocolate milk off the menu so far.

But clearly, it's enough to worry the dairy industry.