Accessibility links
For Stephanopoulos, It's Officially 'Good Morning' The This Week host will take Diane Sawyer's old seat on ABC's Good Morning America, the network confirmed Thursday. The move is yet another remarkable transformation for George Stephanopoulos, a one-time political strategist and heartthrob who overcame his partisan ties to become a respected political journalist. 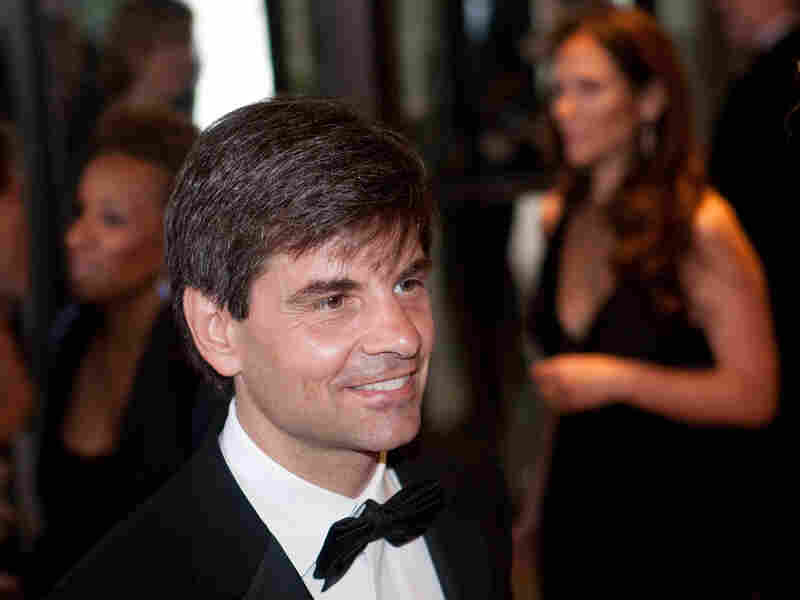 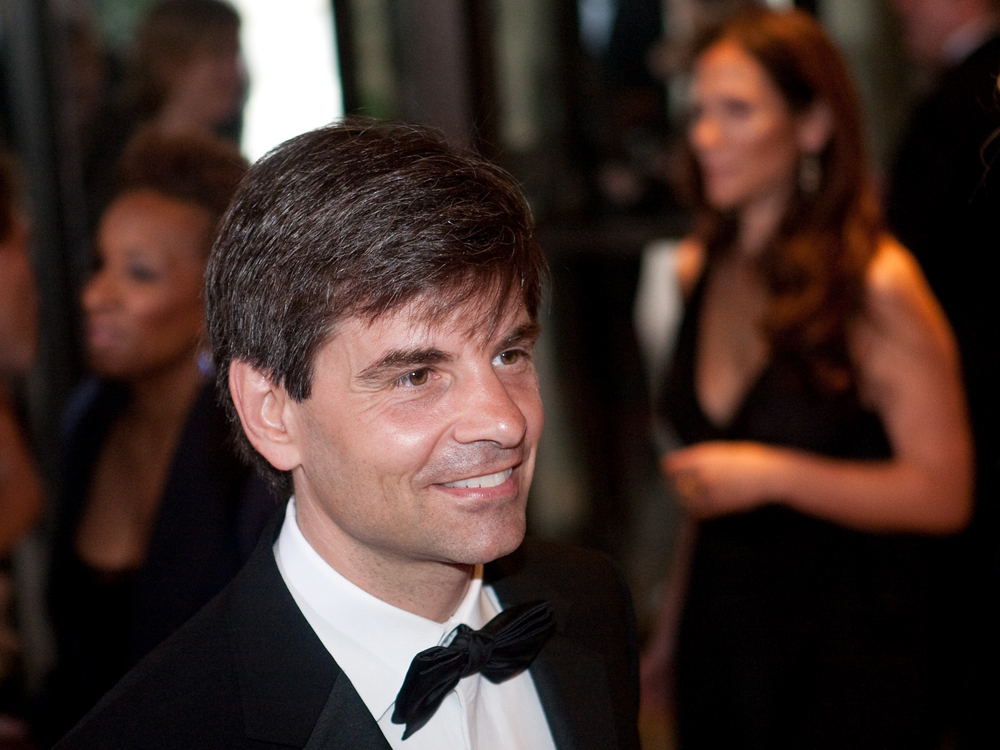 George Stephanopoulos at the White House Correspondents' Association dinner on May 9.

On Thursday, ABC News moved to fill one of its most important vacancies, naming George Stephanopoulos to replace Diane Sawyer as the leading host of Good Morning America.

It is yet another remarkable transformation for the 48-year-old Stephanopoulos, a one-time political strategist and heartthrob who overcame his partisan ties to become a respected political journalist. Now, he will take on a new role: helping to headline a daily two-hour news show that generates hundreds of millions of dollars in revenues for ABC News.

"No one can ever replace Diane, but George has a level of intelligence and curiosity and warmth and overall breadth that rivals even Diane Sawyer," ABC News President David Westin said in a telephone interview.

The move might seem counterintuitive for two reasons. First, Stephanopoulos has spent just about his entire professional career in Washington politics one way or another. And second, colleagues and associates say once he was established at ABC News, he aspired to be host of the more prestigious evening World News, not the quirkier morning show, which flits from news of war to Hollywood gossip to new trends in parenting.

"I'm trying to imagine George Stephanopoulos whipping up a souffle — and it's not coming to me," said former ABC News correspondent Judy Muller. "I think there's actually in many ways more skill involved in a two-hour morning show — going from one kind of segment to another quickly, changing gears," than in anchoring the evening news, she said.

Typically, hard news dominates the first half-hour of the morning shows, and then those stories yield to frothier subjects. Earlier news reports suggested Stephanopoulos had been seeking to wrest concessions from Westin to reconfigure the show around his more serious interests. Not so, Westin said Thursday. Even before World News anchor Charles Gibson announced that he would leave earlier this year — the decision that led to Sawyer's appointment to the evening anchor desk — Westin had been prodding producers to take the show in a more sober direction, he said.

"It is a matter of degrees and emphasis rather than a 180-degree change," Westin said. "These are pretty serious times. There are some very big, serious issues facing not only the country but the people who are watching our show."

So Stephanopoulos will move from Washington to New York to join co-anchor Robin Roberts on the early morning couch. His runner-up, Chris Cuomo, leaves his position as the show's newsreader to become the co-host on ABC's weekly news magazine 20/20. Correspondent JuJu Chang becomes the show's newsreader. Stephanopoulos says he won Westin's approval to remain the network's chief political correspondent.

The only empty slot remaining is the anchor's spot on the Sunday morning public affairs show This Week. Stephanopoulos will continue to host that program until a replacement is made. Over his seven years, he helped close the ratings gap between This Week and the Sunday morning leader, NBC's Meet the Press.

"It was a difficult decision" to join GMA, Stephanopoulos said in a telephone interview Thursday afternoon. But he said he appreciates the opportunity to serve millions of viewers for two hours, five days a week. And he said the choice was made easier by Westin's push for more serious fare and his continued status as chief political correspondent.

"I get the challenge of Good Morning America, with all kind of stories, but I also get to continue to work on the issues that I know and love, on matters of politics and public policy," Stephanopoulos said.

Stephanopoulos was a Capitol Hill aide who catapulted to fame as a boy-wonder strategist on Bill Clinton's 1992 campaign for president. He became a senior presidential adviser, and his place as a cultural reference point was assured by his starring role in the election documentary The War Room and by inspiring characters in the novel Primary Colors and the movie The American President.

When he left the White House in 1997, Stephanopoulos' prominence helped lead to an offer to become a political analyst for ABC News. He wrote a memoir indicating disgust at President Clinton's deceit about his affair with Monica Lewinsky. He then joined ABC News full-time to become a political reporter and host.

The stakes for ABC, in naming Stephanopoulos, could hardly be more important.

"The networks tend to promote the evening news anchor as the so-called face of the network," said former CBS News President Andrew Heyward, who serves as a consultant to NBC News on an initiative for its local stations. "In fact, the morning programs, for quite a few years now, have been much more important in sustaining the news divisions. If they didn't have the morning programs, they really wouldn't be able to exist. That's not an exaggeration."

Good Morning America runs second in the ratings to NBC's Today Show, but both help to subsidize their respective news divisions by generating hundreds of millions of dollars in revenue. Sawyer had served ABC News loyally for more than a decade on Good Morning America; her reward will be to follow Gibson at the anchor desk of World News.

It sounds as though that ambition may not be altogether gone from Stephanopoulos' mind. In Thursday's interview with NPR, Stephanopoulos named respected network evening news anchors plucked from the ranks of morning show hosts — including John Chancellor and Tom Brokaw at NBC; Katie Couric at CBS; and Charles Gibson and Diane Sawyer at ABC.

Asked if that meant the road to World News was not closed off to him, Stephanopoulos answered with a single word: "Right."