Accessibility links
Mueller's Nobel-Winning Memories Of A Small Town Romanian novelist Herta Mueller was awarded the 2009 literature prize for her depictions of "the landscape of the dispossessed." Her first novel, Nadirs, has just been reissued. Critic Alan Cheuse has a review. 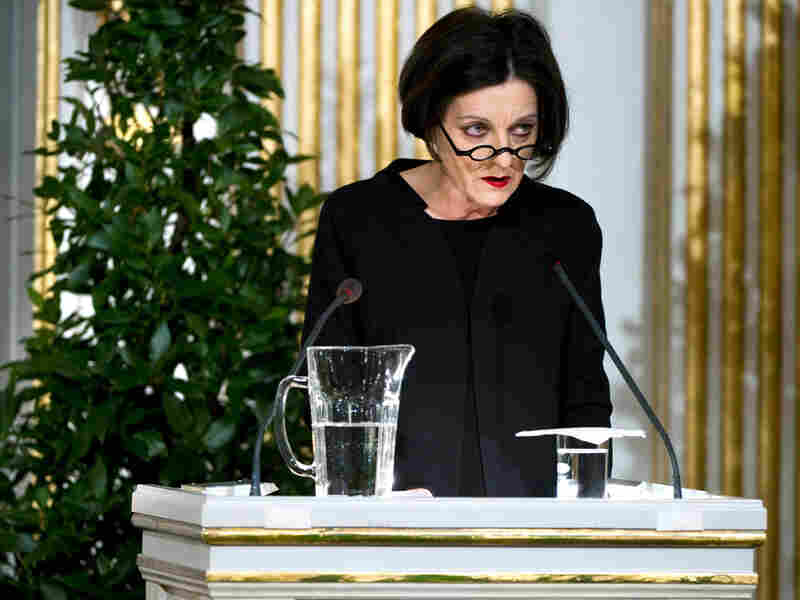 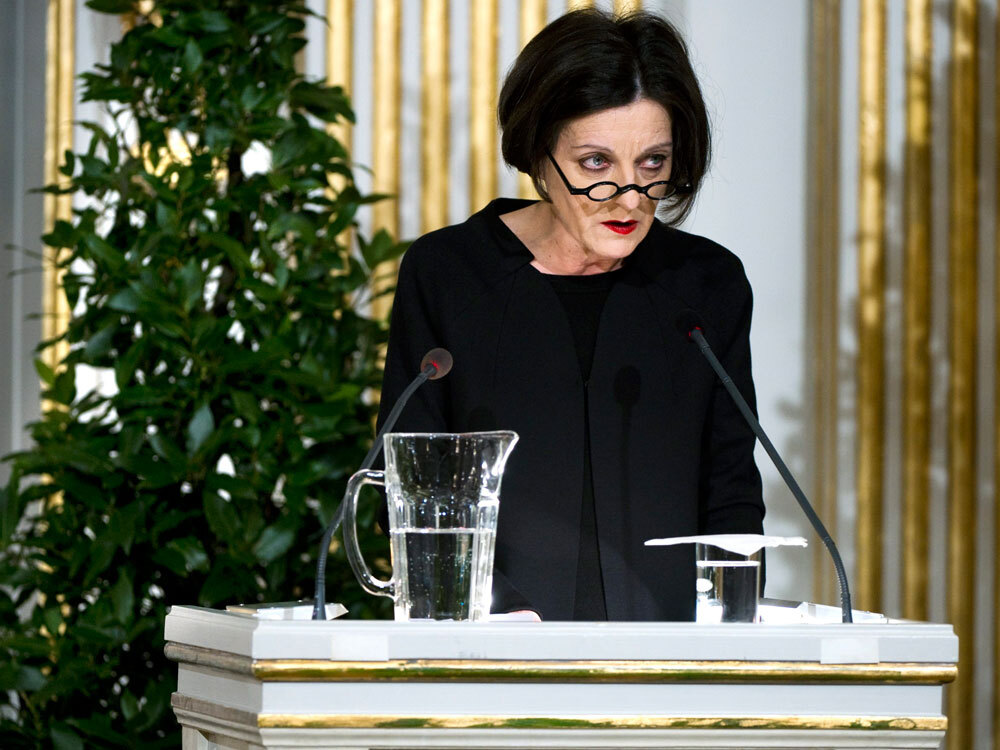 Romanian-German writer Herta Mueller speaks during the Nobel Lecture in Literature on Monday in Stockholm.

Nadirs was first published in Berlin in 1988. Now the book, the first by Herta Mueller, this year's winner of the Nobel Prize in literature, has been reissued in a translation by Sieglinde Lug. It's a slim volume, but it's packed with a powerfully resonant series of short takes on Mueller's childhood in the Banat, the German-speaking region of Romania.

All of the overwhelming details of childhood tumble through the pages of Mueller's extraordinary re-creation of her early life in a small village: light, air, wind, grass, trees, cows, and snakes, urine and feces and bodies, the sky, the stars, the moon. Mueller's mastery of image and sensations is so sharp I found myself, despite the book's brevity, unable to read more than a few pages, sometimes just paragraphs, in a single sitting. 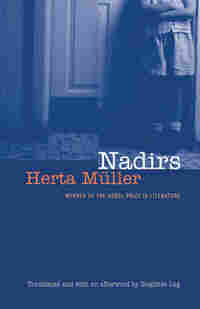 She leaps from the real to the fantastic in the middle of a sentence, as when she describes her mother lifting out the window glass in their little house and washing the windows in a big tin tub.

"They are so clean that you can see the whole village in them," Mueller writes, "as if in the mirror of the water. They look like they were water. The village looks like it was water, too. It makes you dizzy if you look at the village in the glass for a long time."

When, in summer, night falls on her village, she says she never understood how this happened: "Every night the summer drowned carelessly in the middle of the village."

Or when she writes about bathing: "When my skin got dry, it tightened and felt like glass. My whole body felt how I was getting beautiful and I stepped carefully not to break apart. ... My gait had something of my grandmother's starched linen. When I slept in it the first night night it rustled with any move, and I believed my skin was rustling."

The world of the village, as Mueller celebrates it, rustles on these pages. Each line, each paragraph, such a wedding of insight and the fantastic that I could scarcely hold the book without trembling. 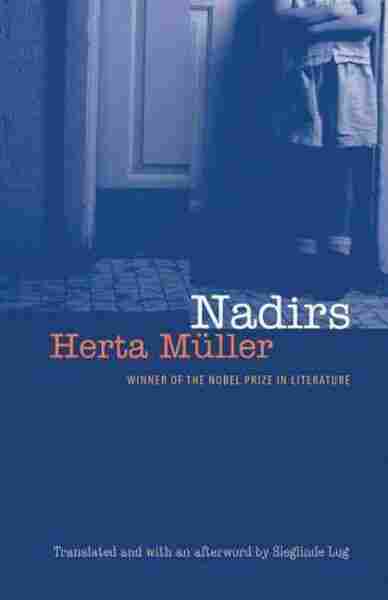