Accessibility links
After 35 Years, 'Black Book' Still Strikes A Chord NPR's Michele Norris recalls how her mother left The Black Book out on the dining room table knowing she would pick it up and devour its contents. She learned that the story of blacks in America was rich and complicated and painful and triumphant, and ultimately, a lot more complex than the version she was offered in middle school. 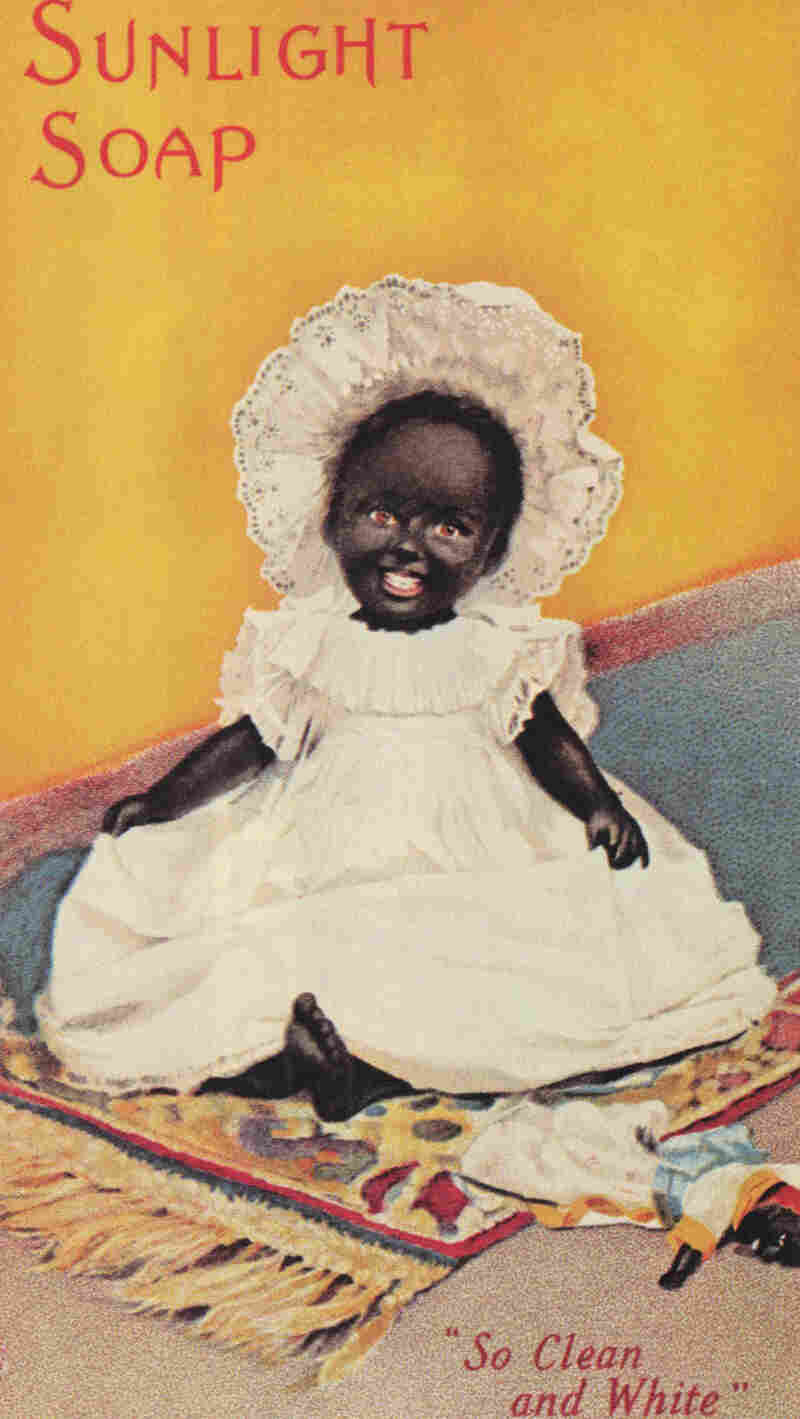 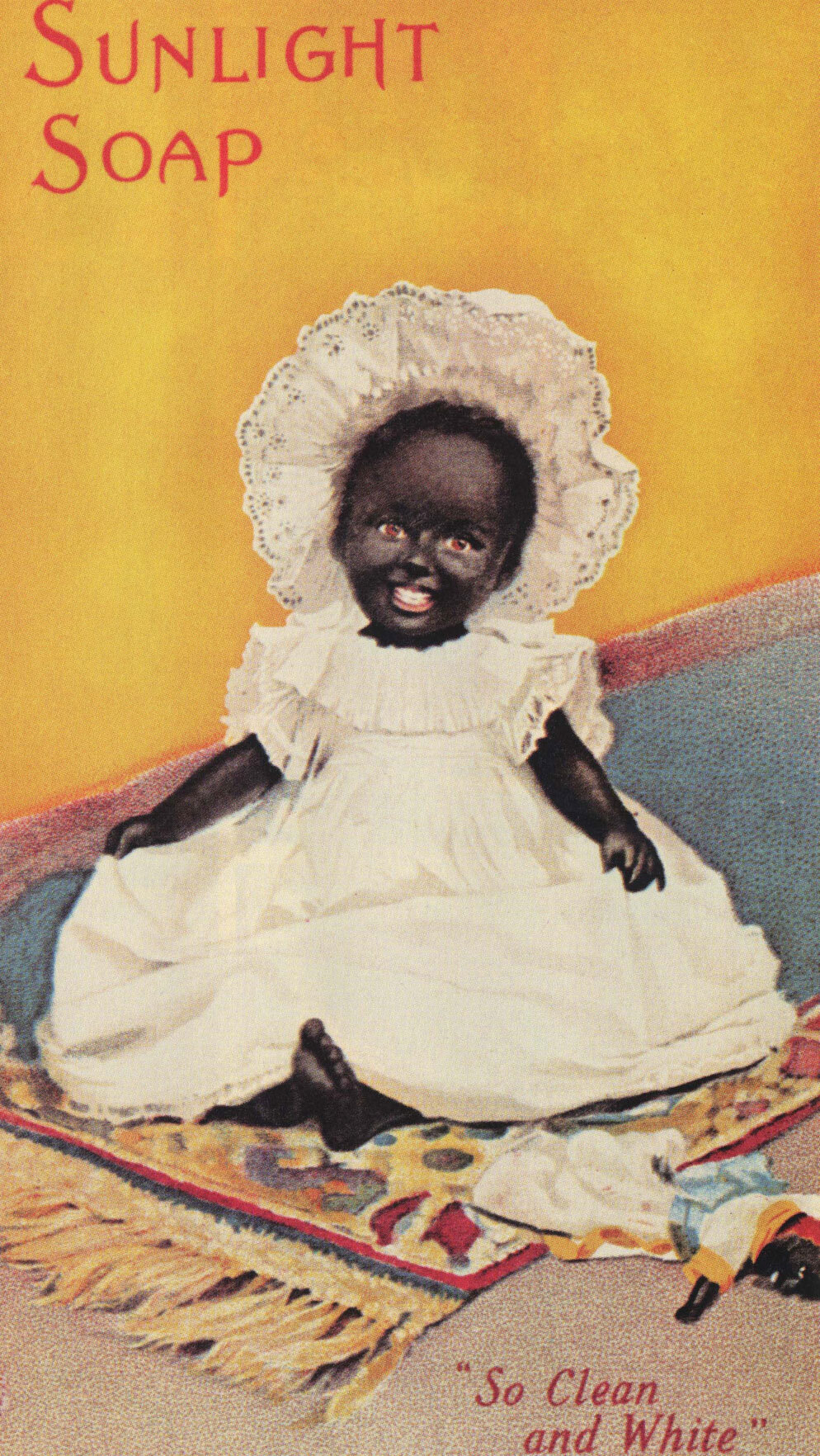 An ad for Sunlight soap featured in The Black Book.

When I first saw the big, shiny 35th anniversary edition of The Black Book, I was snatched back to 1974. That's the year when the book arrived in our household. It was big and mysterious, covered with a dizzying collage of images: cowboys and slaves, showgirls and dandies. One of those brown faces jumps out. She's the girl with the bobbed hair and the haunting eyes. I thought then, as I do now, that when I stare at that same book, she's staring at me, daring me to go ahead and open the front cover.

An Unvarnished Look At Black History

It's sort of the approach my parents took with the book. At a time when paperbacks cost about 2 bucks, they shelled out $9.95 for The Black Book, because they'd read a review in The New York Times, and they were intrigued with the idea of a book that would offer an unvarnished look at the history of black Americans. My parents were strivers, the first black family to buy a house in an all-white neighborhood on the south side of Minneapolis. Mom was a native Minnesotan. Dad hailed from Birmingham, Ala., and though both had to overcome steep racial obstacles, they never talked much about it at home. They kept their pain and frustration to themselves, and they told their kids that they should do the same and just keep moving forward toward some distant prize.

'You Need To Read This'

One day, my mother came home with The Black Book, and she just left it out on the dining room table — not the coffee table, not the shelf with her book-of-the-month selections. It was about the size of a math workbook, and she casually plopped it down on the dining room table because that's the spot where I did my homework. She knew that I would pick up that book and devour its contents just as surely as if she'd set down a plate of hot cookies.

When I cracked open the cover, I found a little note from my mother. It was written on one of my sheets of three-ringed ruled paper. It said, "You need to read this."

Someone sent me a copy of The Black Book and if at all possible I would like to have two more. I need one copy to give to a friend, another to throw against the wall over and over and over. The one I already own I want to hold in my hand against my heart.

— A letter from a prison inmate to Toni Morrison, the book's editor, upon the book's initial release in 1974.

She was right. She's always right.

For the first time, I understood what slavery really meant when I read an ad for the public sale of Negroes and saw that a woman with four children could be sold with only two her young ones "if it best suits the purchaser." I read about white slave-catchers and black men who earned their freedom, and then turned around and purchased slaves themselves. I saw pictures of black men in shackles and hanging from trees, and I experienced a cauldron of unfamiliar emotions when I discovered the picture on page 58. It was a photo of a black man burned to a crisp, stretched out over a stack of smoldering planks. His arms are tied behind his back. His neck is arched backward, and he's surrounded by a circle of white men with suits and ties and smiling faces.

At first, I just scanned the picture and the ads, and found relief in the latter half of the book when bondage gave way to more bountiful shots of church folk and jazz hepcats, and beautiful women with shining Marcel waves.

I pored over the book day after day, and eventually went back to actually read the text. The letters from servicemen and the inventors' patents; the poems and the dream books; the legislation that determined whether blacks could vote or own land or serve as witnesses in cases before a court; the announcement in 1919 that a black physician, after a bitter struggle, was placed on the staff at Harlem Hospital and allowed to serve a predominantly black clientele.

Even a kid could see the irony in that.

With every page, I learned that the story of blacks in America was rich and complicated and painful and triumphant, and ultimately, a lot more complex than the version I was offered in my middle-school classroom.

I was 13 when my parents purchased the book. It was before Roots lit up our television screen and before slavery was a topic that could be discussed in my Minnesota classroom without great discomfort for teachers and their students — a condition that was usually remedied by cruising through the lesson with great haste.

Thinking back, we did not talk about The Black Book much at home. My parents kept quiet and let the book speak for itself. But through their actions, they made a bold statement. They shelled out another $9.95 to buy a second copy of the book for my school and insisted that it be placed in the library where students passed it back and forth and pored over the pages. The book was handled so much and so often that the large paperback started to fall apart. At that point, Belvin and Betty Norris — though never quick to part with their cash — decided to purchase a replacement copy.

The original copy of The Black Book now sits on a bookshelf in my home. Its spine is fragile, and its pages are dog-eared, and a few are marred by greasy fingerprints — evidence of a rueful episode when I ignored my mother's warning to put the Fritos down. Shame on me.

I now try to imagine what I would say or do to my own two young children if they did the same with the original Black Book or the new 35th anniversary edition that I also plan to add to my bookshelf. This time, it's a hardcover edition that's a bit glossier and a good bit sturdier. All the better to withstand being passed around and prodded over by my own kids a few years from now when they approach their 13th birthdays, because I, too, plan to pass the book to both of them.

And just inside that front cover, they'll find a note — written by me — but in my mind whispered by all the people whose stories are told inside the pages. It will say, "Trust me — you need to read this."