Accessibility links
The Year's Most Mesmerizing Mysteries Holiday season have you feeling a touch homicidal? Critic Maureen Corrigan offers a selection of sleuth stories and hard-boiled whodunits to satisfy all your deepest literary desires. 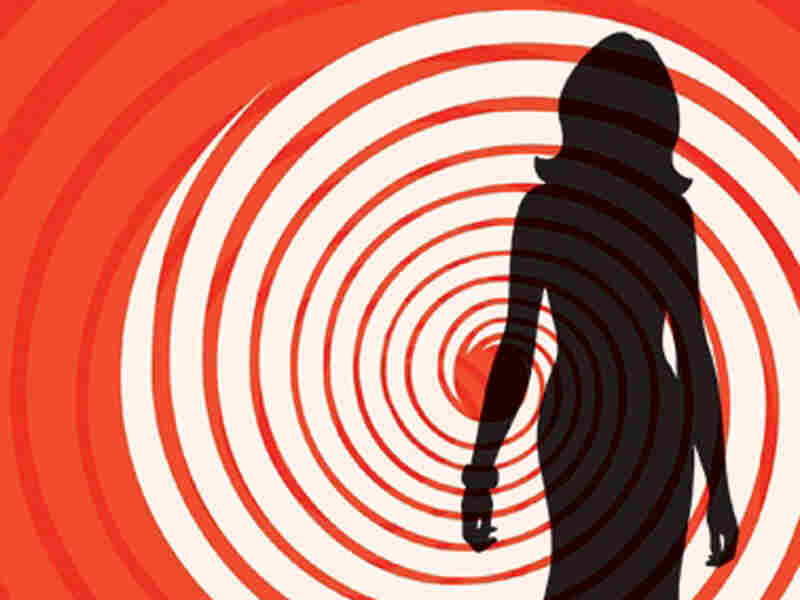 You don't have to be a Scrooge to harbor dreams of escape during the holidays. All that enforced fellowship and fa-la-la good cheer can drive any ordinary person batty. And, to those of us who need our daily time alone with a good book to recharge, the holidays are an especially challenging ordeal of merriment. Bookworms desperately crave the gift of silence and slow time — as well as some terrific books to bury our noses in. To my mind, nothing serves as a more potent antidote to all the insistent Hanukkah hoopla, jingle bells jangle, and Kwanzaa craziness than a good murder mystery. Here are some suggestions for the readers on your gift list who are probably feeling just a wee bit homicidal about now. 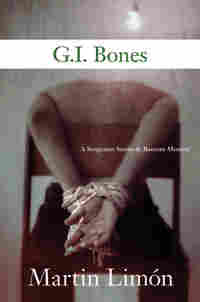 Few settings could be less Christmasy than the world of Martin Limon's mysteries, which take place in and around a U.S. Army base in mid-1970s Korea. But what a great gift any of Limon's six mysteries starring Army Sgts. George Sueno and Ernie Bascom would make for those mystery lovers who haven't yet discovered them! The latest in the series, G.I. Bones, is brilliant — imbued with affecting characters, a morally knotty storyline, and a last chapter that just plain stuns. Even a well-padded fellow like Santa would feel the impact of Limon's punch-in-the-guts ending here.

The trouble begins when Sueno (the more upstanding of this military intelligence duo) is urgently summoned to a fortuneteller's shack in Itaewon (Seoul). It seems that the fortuneteller, Auntie Mee, is being visited by the spirit of a dead American soldier who was murdered at the close of the Korean War in 1953. The soldier, says Auntie Mee, wants someone to find his bones and give them a proper burial. Armed only with the wobbliest information — Auntie Mee claims that the dead GI told her his name was Mori Di — Sueno and Bascom begin digging through crumbling incident reports. What they uncover is a two-decades-old murder mystery that's one part Edgar Allan Poe, two parts The Godfather saga. Through it all, the rough and ready decency of our narrator, Sueno, glints like a set of lost dog tags in the mud. Here's Sueno explaining his attraction to a comparatively plain older woman, a Korean doctor named Doc Yong:

I found her attractive because of her smile. It was brighter than the sun coming up over the Eastern Sea and filled whoever was lucky enough to see it with a sense of vibrant optimism. ... She was the only person I knew who, when I gazed into her eyes, I was certain was more intelligent than me.

Admittedly, I didn't live in a world of massive brainpower.

Sueno might not be a smooth talker like his rakish partner, Bascom, but the series in which they star is a hard-boiled charmer.(George Sueno wouldn't normally have met with a fortuneteller. Find out why he decided to go.) 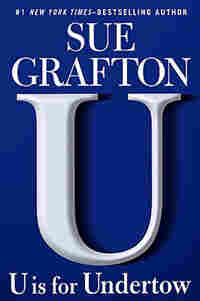 U Is For Undertow

Limon's series was a new find for me this year; Sue Grafton's Kinsey Millhone series is as comfortably familiar as my knockoff pair of Ugg boots. But though I've been a steadfast reader for decades, there have been occasions when I've wondered whether Grafton might not be better off abbreviating her Mother Courage slog through the alphabet. Happily, U is for Undertow makes me wish there were more than 26 letters at her disposal.

As the series has progressed, Millhone, like every self-respecting noir private eye, has become more explicitly haunted by the past. There are personal mysteries surrounding the late-life reappearance of her maternal stepmother (who pressures Millhone for a reunion), and then there are the mysteries she is paid to solve. One afternoon, a young man named Michael Sutton walks into Millhone's office and drops a doozy of a conundrum on her desk. It seems that a newspaper story about a long-unsolved child kidnapping case has jogged Sutton's memory: Now he's pretty sure that when he was small, he witnessed two men burying a mysterious bundle in an isolated stretch of woods. Could the bundle have been the body of the kidnapped little girl? Millhone's skeptical investigation of Sutton's story alternates with even more fascinating chapters in which Grafton takes readers back to the 1960s to delve into the vexed relationships among a clique of Santa Theresa country club couples and their mutating-into-hippies children.

Interred in the intricate story of those relationships are the answers to the kidnapping. In U is for Undertow, Grafton not only once again flaunts her mystery-writing chops but also proves herself to be a discerning social chronicler of the turbulent decade that ushered gal gumshoes like Millhone into the forefront of American detective fiction. (Read about Michael Sutton's unexpected visit to Kinsey Millhone's detective office.) 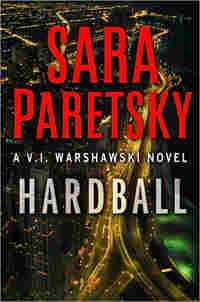 Like Grafton, Sara Paretsky is also a Founding Mother of the new(ish) wave of mysteries featuring feminist female PIs. Since the moment that Paretsky's heroine, Chicago private eye V.I. Warshawski, made her debut in the 1982 mystery Indemnity Only, she — and her creator — have been accused by detractors of being humorless feminists. (In Hardball, Warshawski's latest outing, V.I. is even told that it "[w]ouldn't hurt ... to smile more at people.")

Warshawski may certainly be a tad grim, but she's still the gal you want beside you in a fight — be it short, dirty and physical, or a longer campaign for social justice. Hardball is a standout, a nuanced mystery about civil rights struggles past and present. In it Warshawski demonstrates, once again, that when push comes to shove the scrappiest street fighters are from Chicago.

Warshawski is pulled back into the past in Hardball when she rescues a homeless man from the streets, takes him to an emergency room, and is asked by the hospital's chaplain to locate the missing son of an elderly African-American woman who is in the hospital's assisted living facility. This will be no easy task. It seems that the missing young man, Lamont Gadsen, vanished during a blizzard in the winter of 1967. Gadsen had been part of a neighborhood gang, The Anacondas, who had helped protect Martin Luther King Jr. during desegregation marches that previous summer. There's the slightest wisp of a possibility that Gadsen's disappearance might have been linked to his political activity.

Hardball is an ambitious novel, layered in the grit of recent American racial history. Paretsky has always written intelligent mysteries, but sometimes — as she did in Blacklist, her excellent 2003 Warshawski novel that wrestled with the legacy of McCarthyism — she strives for more, realizing the potential of the homegrown hard-boiled detective genre to investigate the more troubling mysteries at the heart of our national identity. (Upon returning home one day, Warshawski finds that her investigation has taken a very personal turn.) 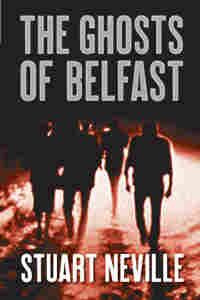 The Ghosts Of Belfast

Chicago may be freezing cold in winter, but Ireland is chilly and damp, and that's worse. I know. I once took bus tour of Ireland in December and felt, the whole time, as though my body were entombed in a melting ice cube. The trip was a present to my mother and only the guilt (and nightly infusions of Jameson's whiskey) kept me in my bus seat. I thought of that trip all the while I was reading Stuart Neville's terrific debut novel, The Ghosts of Belfast. Every page of Neville's story — about an IRA killer named Gerry Fegan, who, upon his release from a long stretch in the Maze prison, foolishly confesses to the mother of one of his victims — exudes the kind of damp chill that I associate with the Auld Sod during winter solstice.

Fegan is a tough guy, but he doesn't walk alone. He's haunted by the ghosts of his 12 victims who hunger for retribution. Everywhere he goes — the pub, a funeral service, his own bedroom — "the followers" trail along. Among them are a Royal Ulster Constabulary policeman and a woman and her baby who were blown up by an IRA bomb that Fegan planted in a butcher shop. It's a testament to Neville's skill as a storyteller that never once during this harsh suspense tale does he give readers reason to scoff at what could be a very hokey plot contrivance. As in Henry James' sly masterpiece, The Turn of the Screw, it's never entirely clear whether the followers are figments of Fegan's anguished imagination or actual apparitions. No matter. As cruel as Fegan's spectral tormentors may be, he has more to fear from his IRA comrades once they suspect him of betrayal. The Ghosts of Belfast is a smart and atmospheric thriller about the many causes served and corrupt pockets lined courtesy of sectarian hatred. (Read about Fegan's early struggle with his very real ghosts.) 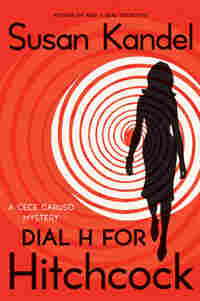 For those readers who prefer their mysteries to be screwball rather than hard-boiled, here's a final suggestion: Susan Kandel's fizzy new CeCe Caruso novel, Dial H for Hitchcock. Caruso makes her living as a mystery biographer and, in previous outings, she has submerged herself in the lives and plots of Agatha Christie, Carolyn Keene, Perry Mason and Dashiell Hammett. Here, Kandel pays homage to Alfred Hitchcock, and the plot (which is as thin and preposterous as Grace Kelly's stiletto heels in Rear Window) winks at Vertigo and Psycho, as well as many of the MacGuffins in the Hitchcock canon.

Also fun is the fact that Kandel laces her story with anecdotes about Hitchcock and his leading ladies. A word of warning: I would advise waiting until the kiddies are occupied with their dreidels or toys until repeating Hitch's infamous quip about Lifeboat star Tallulah Bankhead — and her aversion to underwear — at the dinner table this holiday season. (Read about some of CeCe Caruso's Vertigo-inspired (mis)adventures.) 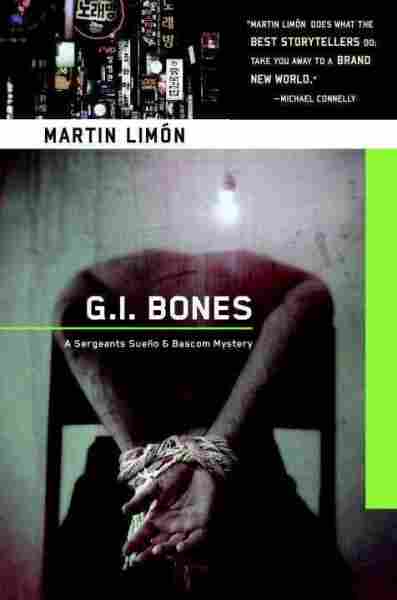 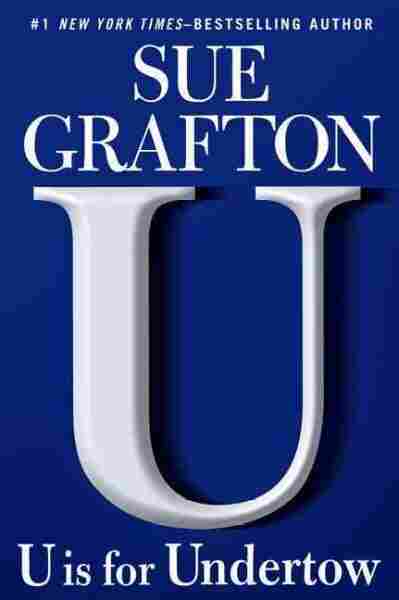 U Is for Undertow

Title
U Is for Undertow
Author
Sue Grafton 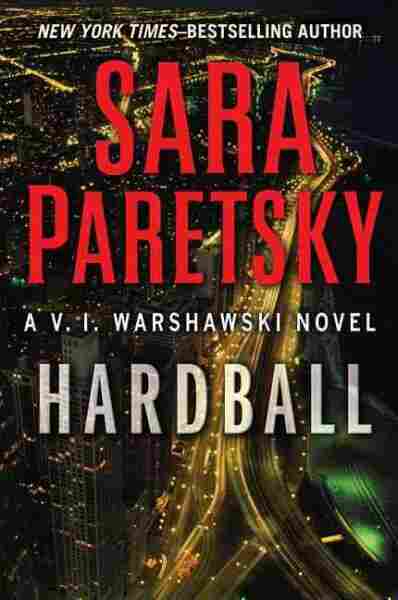 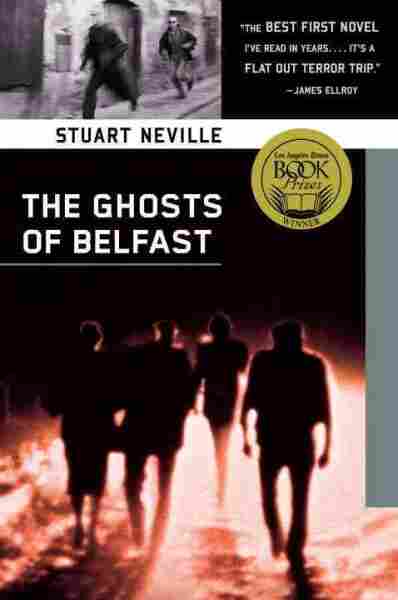 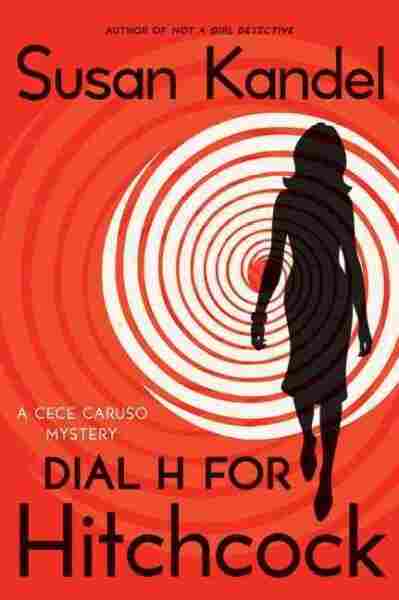