Accessibility links
In 'Race,' David Alan Grier Confronts Painful Issues A new Broadway play from writer David Mamet has audience members shifting in their seats. It's about the prickly and painful issues that arise out of a legal case in which a wealthy white man is accused of raping a black woman. Actor David Alan Grier, who plays a lawyer, says Mamet is exploding the notion that America has moved past racism. 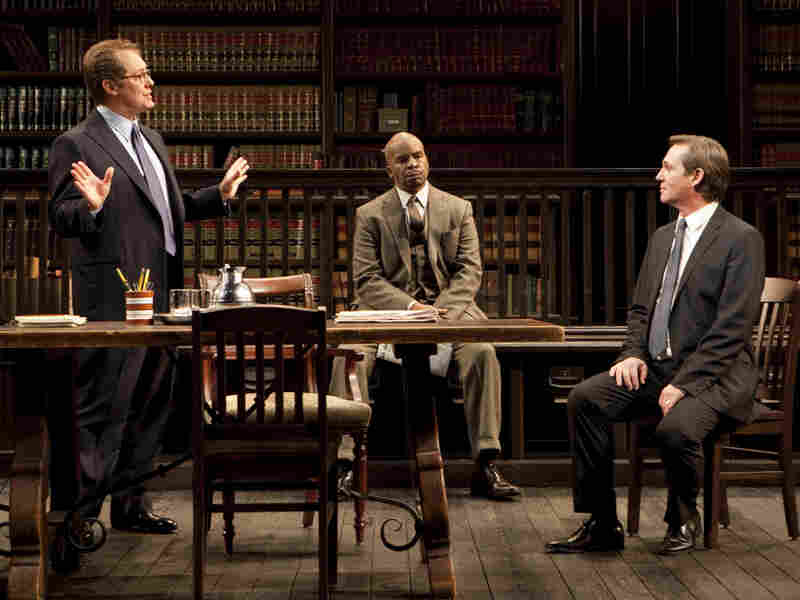 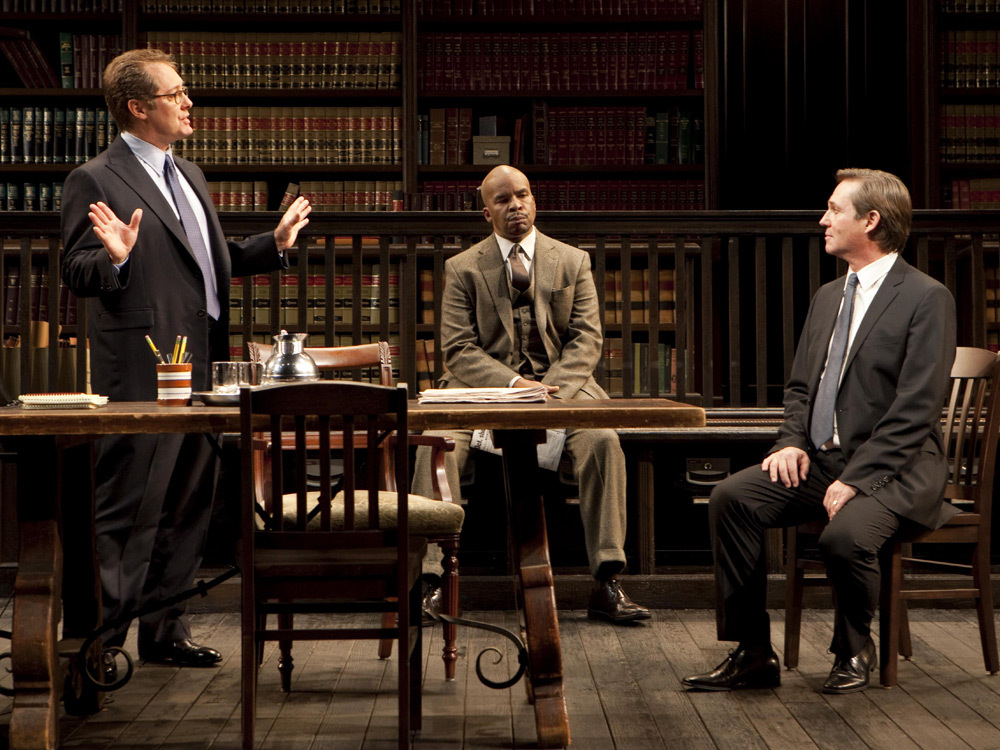 In Race, actors James Spader (left) and David Alan Grier (center) play lawyers who are trying to defend a wealthy white man, played by Richard Thomas (right), who has been accused of raping a black woman.

A new play on Broadway from writer David Mamet has audience members shifting in their seats.

The posters for the production feature a faceless woman — her shapely thighs are barely covered by a red sequined dress. She appears to be perched on the edge of a bed. Below that provocative picture is the play's equally provocative title: Race.

Months ago, that title caught the attention of actor David Alan Grier.

"I'd heard about it, you know, there's this exciting new play called Race," he tells NPR's Michele Norris. "I wanted to see it. I mean, like, what is this about?"

Race is about the prickly and painful issues that arise out of a legal case.

A wealthy white man, played by Richard Thomas, is accused of raping a black woman. He seeks legal representation at a law firm run by two partners — a white lawyer played by James Spader and a black lawyer played by Grier. Rounding out the four-person cast is Kerry Washington as a leggy black intern.

All of the characters test audience assumptions about racial allegiance and gender politics.

For Grier, who trained in Shakespeare at Yale's School of Drama but is best known as a comedian, the play offered a chance to take on a weighty role.

Grier went for laughs during his years on TV shows like Chocolate News and In Living Color — and in several films in which he played the goofy sidekick.

But in Race, Grier rarely smiles — he practically scowls as he tussles with the man he's defending. His character tells his client, "Do I hate white folks? Is that your question? Do all black people hate whites? Let me put your mind at rest — you bet we do." 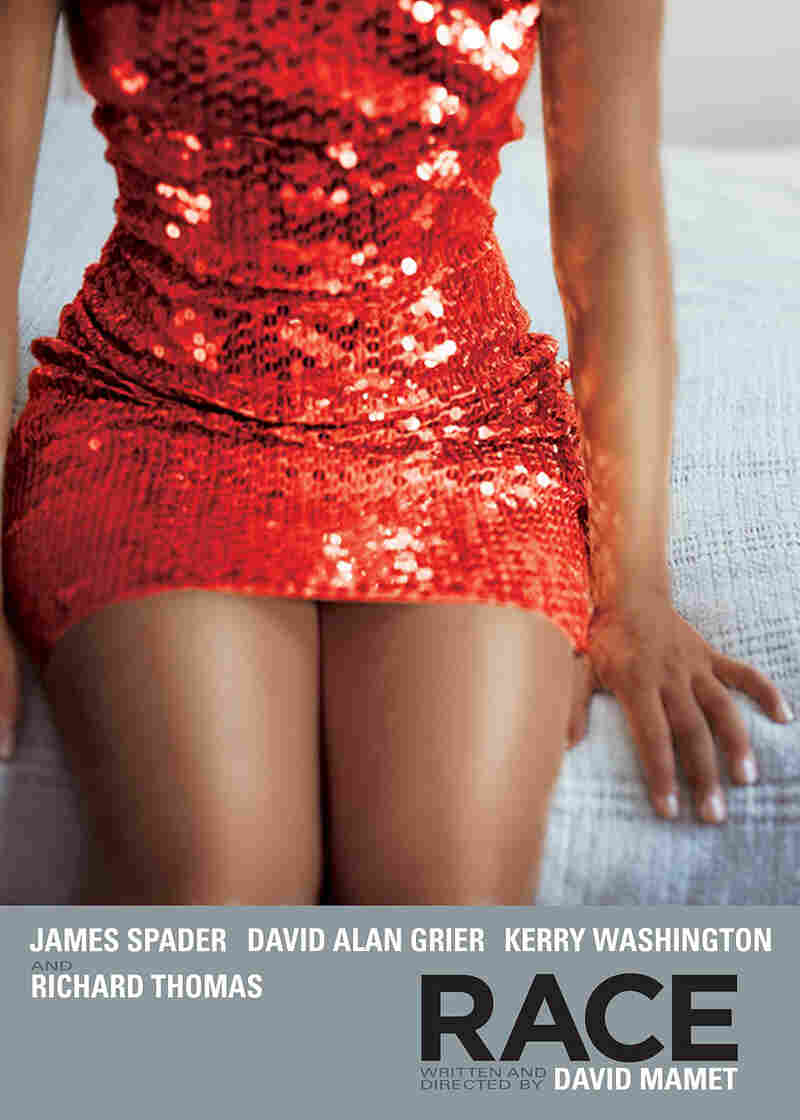 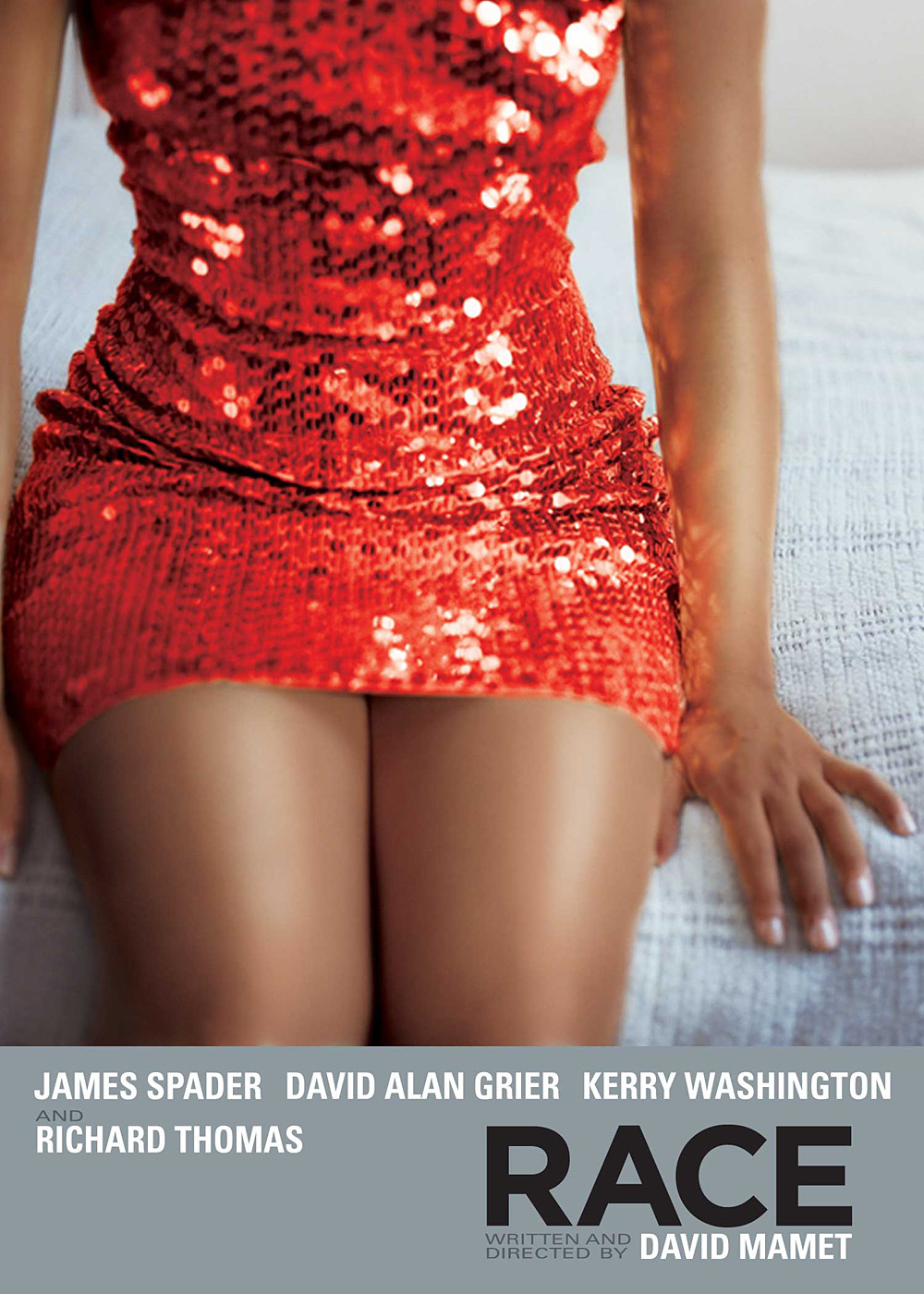 Grier says people laugh at that because it's true.

"In a lot of ways, it's true," he says. "I've played that card and enjoyed playing it many times. Also, I've been the victim of that card and not wanted to deal with it. I think it's one of those common truisms that is in this play."

Grier says the reactions are based on what the audience members bring into the theater culturally, racially, politically and sexually. He also says that younger African-Americans react to racial stereotypes differently than older ones.

Grier says he thinks Mamet was prompted to write the play by the election of Barack Obama.

"There was this two days of euphoria, and then it was back to business," says Grier. "There were a lot of people who thought there's no more racism now, now we can be free of racism. No. A lot has changed — we as a country have made great strides — but a lot hasn't. ... We still have work to do. The dialogue continues."

A Scene From 'Race'