Accessibility links
'Little Night Music' Revival Keeps It All In The Family The first Broadway revival of Stephen Sondheim's classic A Little Night Music opens Dec. 13. And alongside its bold-name cast members — Catherine Zeta-Jones, Angela Lansbury — is Broadway newcomer Ramona Mallory. Her debut as the ingenue continues a family legacy: Her mother created the role in 1973, and her father played the character who falls for hers. 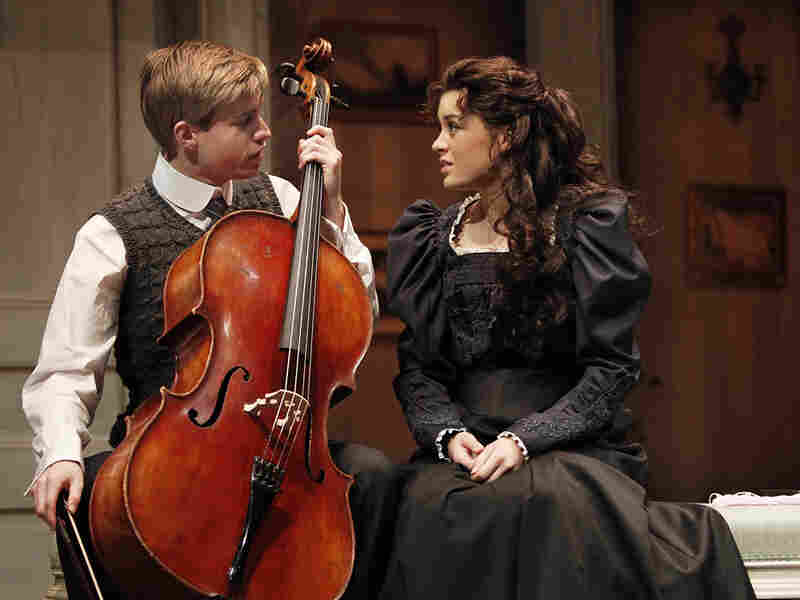 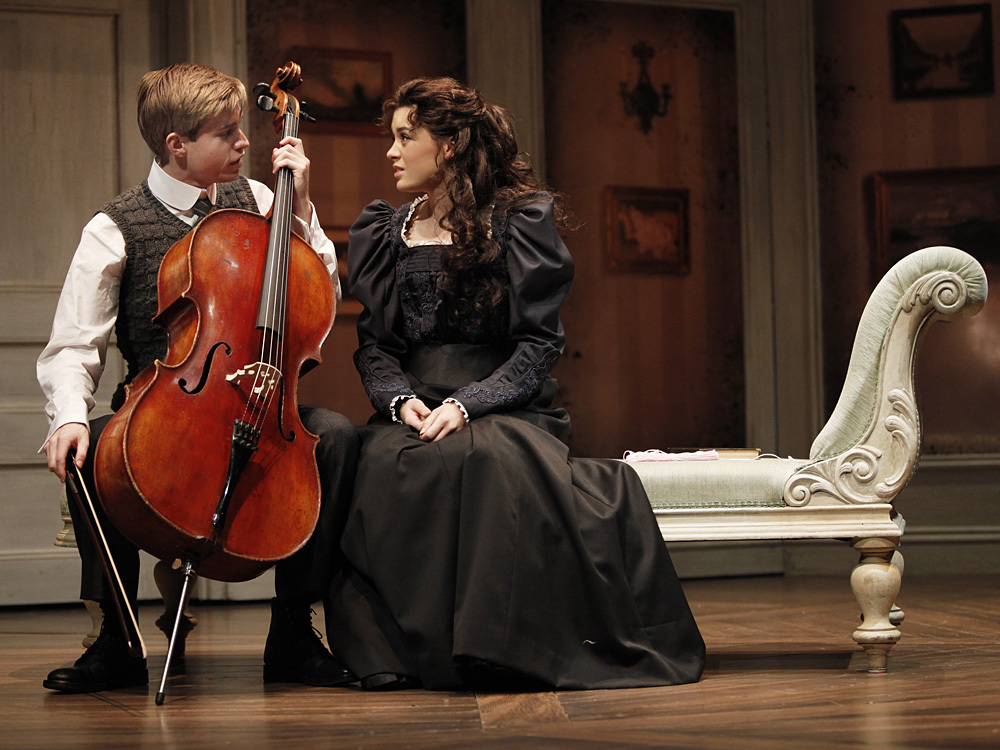 Oh, Henrik: In the new Broadway revival of A Little Night Music, Hunter Ryan Herdlicka and Ramona Mallory play Henrik and Anne — two roles that mean a little more than most in Mallory's household.

The ingenue isn't as big a name, but she is an inspired bit of casting: Anne is played by Broadway newcomer Ramona Mallory — the daughter of Victoria Mallory, the actress who created the role on Broadway in 1973.

But stepping into her mother's shoes isn't Ramona Mallory's only connection to the show's past. You might say, in fact, that she's a real-life Broadway baby.

To explain: A Little Night Music is one of theater's most sophisticated musicals, bursting with gorgeous waltz tunes (and the exquisite regret ballad "Send In the Clowns") and based on an Ingmar Bergman film that's all about mismatched lovers. The character Anne is the young bride of a middle-aged lawyer named Fredrik, originally played by Len Cariou. Fredrik's son, Henrik, played by Mark Lambert in that first production, falls hopelessly in love with his stepmother, and at the end of the play, the two declare their love and run off together.

As Lambert and Victoria Mallory recall it, life had a way of imitating art.

Mark Lambert On 'Playing' The Cello

Lambert And Mallory On Playing 'Little Night Music' For Their Daughter

Victoria Mallory On How She Got The Role Of Anne

"During the run, when we were becoming best friends, Vicki was dating Cariou," says Lambert. "And ultimately, of course, she ran off with [me]. So, the buzz was that anyone who really knew the show took great pleasure to say, 'Have you heard? Henrik and Anne have run off together!' Which is, of course, a line from the show."

Mallory and Lambert have been married ever since, and they're both overjoyed that their daughter is not only continuing the family legacy, but putting her own mark on the role.

"It's just an absolute fairy tale," says Mallory. "There are simply no words to truly describe what it feels like. She's made it her own, and it's just thrilling."

What intrigued Lambert was noticing how distinct the two performances were.

Ramona Mallory has had one of the best voice teachers in the business — her mother — for most of her life. So even though she says the cast album didn't get played much when she was growing up, and she didn't really know the show well when she got the part, she could hear in her head how her mother would have done it.

And even as she set about making the part her own, she worked with her mother on the music and asked her father to tell stories about performing in the original production.

"Having my family not only be a part of the theater, but part of this wonderful show, means that it's literally in my blood," she says. "Which is why it's so wonderful that I'm making my Broadway debut in it."

Victoria Mallory and Mark Lambert will be sitting front and center for their daughter's debut, and they are already preparing themselves for an emotional experience.

"We will be holding hands, and I'll probably be crying before the curtain goes up," says Mallory. "[I'll be] so happy; such a beautiful, beautiful experience. We will be so proud to be there, and so happy for our daughter."