Accessibility links
The Second City At 50: The 'Harvard Of Ha Ha' A Southwest Airlines jet arriving in Chicago on Friday was bound to have been one of the funniest flights ever. Alumni of Chicago's famed Second City theater were onboard, returning to their comedy roots for the weekend's 50th-anniversary celebration of the theater where they honed their acting, writing and performing skills.

Listen
The Second City At 50: The 'Harvard Of Ha Ha' 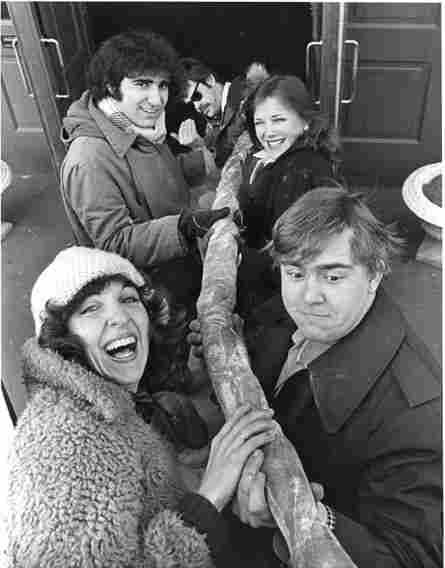 A Southwest Airlines jet arriving in Chicago's Midway Airport on Friday was bound to have been one of the funniest flights ever. Alumni of Chicago's famed Second City theater were onboard, returning to their comedy roots for the weekend's 50th-anniversary celebration of the theater where they honed their acting, writing and performing skills.

But serving as a Midwest farm team for the Hollywood and New York City big leagues was far from what the founders planned.

Co-founders Bernie Sahlins, Paul Sills and Howard Alk came out of the intellectual world of the University of Chicago, where they'd played in a comedy troupe called the Compass Players. In 1959, they saw an opportunity to break out of the buttoned-down 1950s and capitalize on the growing counterculture movement, and they opened a theater in a storefront on Chicago's near North Side that used to house a Chinese laundry.

"Second City came out of the '50s when there was more of this conservative mother-in-law comedy going on," says Mike Thomas, author of The Second City Unscripted: Revolution and Revelation at the World-Famous Comedy Theater.

"Nationally, for a long time, Second City was really the only place people could come to see and be involved in this satirical, improv-based comedy," he says.

The Second City actors hone their craft onstage virtually every night. "If you're doing eight shows a week, 52 weeks a year for two or three years, you're going to become a very strong performer," says The Second City's owner and executive producer, Andrew Alexander. 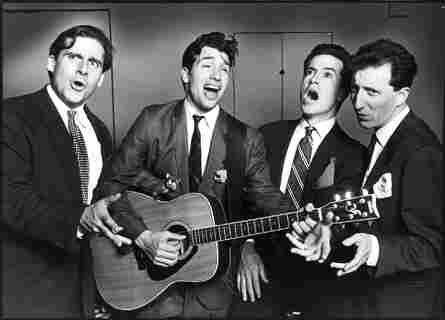 "It's also about encouraging failure," says Alexander. "That's what the improv sets are all about. That is where they get to take chances, and they take risks, and many nights, that doesn't work; it fails, but out of that failure makes them better."

It's a somewhat rigorous place to work and train. Thomas calls The Second City "The Harvard of Ha Ha" — it is tough to get into and grueling to get through, but it's potentially huge to someone's career.

The Second City brand has expanded far beyond the Windy City. The Second City Toronto has been a fixture for close to 40 years, producing many of the franchise's biggest stars. There are three traveling troupes touring the country, troupes performing on Norwegian Cruise ships, a corporate communications arm and a training center that offers improv classes to 2,000 students per session.

It's all part of a growing $30 million comedy empire.

"Night and after night, live onstage we put up a two-act sketch comedy revue that pokes fun at the world and the way it is," Hovde said. "It always comes down to that for us."

And that is how Second City plans to thrive for another 50 years.