Accessibility links
Treasury Unleashes Foreclosure 'SWAT Teams' The Treasury Department is dispatching three-person teams to ensure that banks and mortgage companies are doing everything they can to help prevent foreclosures. The government says it hopes to help up to 4 million people, but some observers are underwhelmed by the effort. 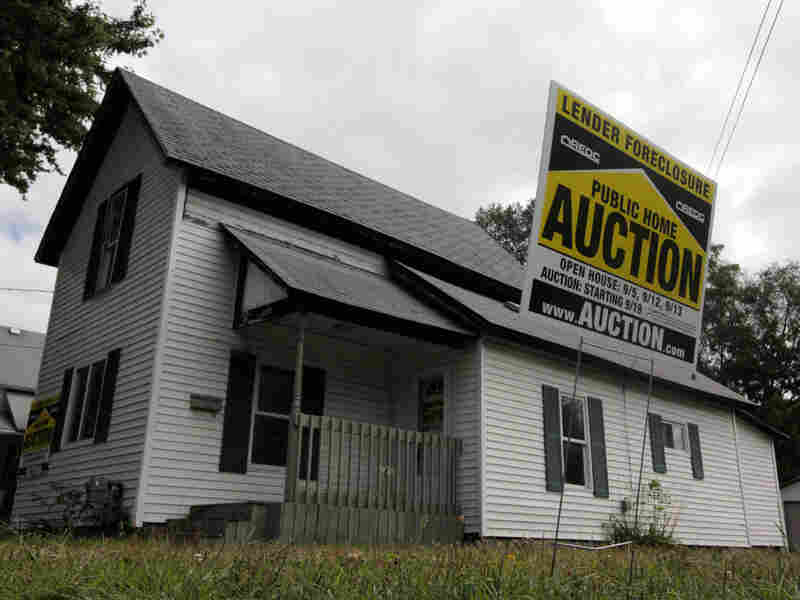 Despite the president's Making Home Affordable plan, even many eligible homeowners have yet to receive help. Paul Sancya/AP hide caption 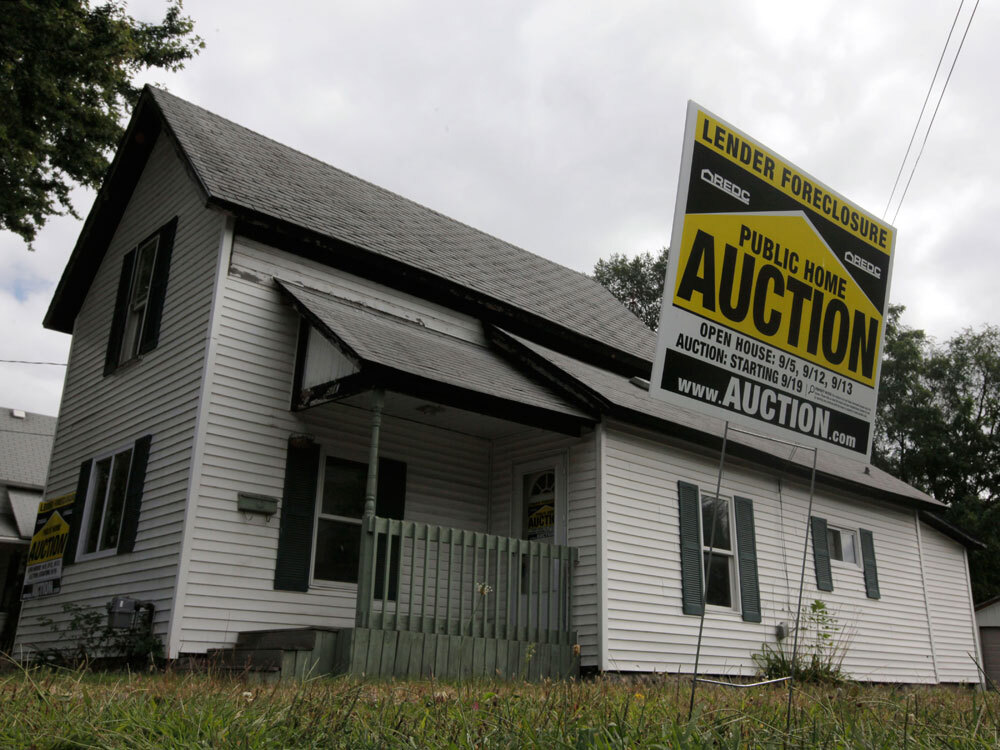 Despite the president's Making Home Affordable plan, even many eligible homeowners have yet to receive help.

The Treasury Department has started dispatching what it calls foreclosure "SWAT teams" to big banks to take a hard look at their operations.

The administration says it is cracking down on mortgage companies that aren't doing enough to implement President Obama's program to prevent foreclosures. The government hopes to help 3 million to 4 million people. But many economists say the program is stumbling, and that greater oversight is needed.

About 750,000 people have had their mortgage payments reduced so far through the president's Making Home Affordable plan. But the vast majority of those people — more than 95 percent — are just in the temporary trial stage of the program. Meanwhile, the foreclosure crisis remains one of the biggest threats to the economy.

Read More About Banks And Foreclosures

Major banks including Bank of America, JPMorgan Chase, Wells Fargo, and Citigroup run call centers that determine the fate of millions of homeowners.

A few months ago NPR did a story on one of the main call centers run by Bank of America. Some homeowners were getting rescued from foreclosure and offered more affordable payments. But there were also some problems. At one point, a call center worker, Crystal Ingram, told a homeowner that he didn't qualify for help through the Obama plan. She told him, "At this point, sir, I'm not getting a recommendation for a modification." After punching his information into her computer system, it rejected the homeowner for help. But it shouldn't have.

When NPR pursued the issue with supervisors, it turned out the person actually did qualify. And the homeowner was later offered a loan modification. NPR has been following up with Bank of America. The bank says it has a second review system to catch such mistakes. But three months after our visit, the bank still hasn't been able to tell us why the computer appeared to be rejecting homeowners who actually were eligible for help.

Problems like this seem to be widespread at many of the major banks. Andrew Jakabovics, an economist with the Center for American Progress — a think tank that's aligned with the Obama administration — says there have been all kinds of complaints about these call centers.

"It's a nightmare, to put it bluntly," Jakabovics says. Homeowners say they fax in information and the banks lose it. They complain they get lost in automated phone systems. Some banks say people who make too much money are trying to get help when they don't need it and clogging the system. And certainly the challenge of managing the information and documents coming in from millions of borrows trying to get help is a daunting task for the banks.

This month, Michael Barr, assistant Treasury secretary, said the administration would dispatch "SWAT teams" to the banks, which are referred to in the industry as loan servicers. It turns out that the teams actually consist of three people making three-day visits to the banks. Barr also said that there might be fines for companies that aren't doing what they should be.

But many experts were underwhelmed by the government's crackdown.

Jakabovics says the problems with the program require more aggressive steps. He says the president's plan should be reaching a lot more people, which would be good for both the housing market and the overall economy.

It's hard to tell exactly what's tangling things up at the call centers.

"I still think there's a lot of 'he said, she said,'" Jakabovics says. The banks say borrowers don't send in all their documents to qualify for loan modifications. Homeowners and housing counselors counter that they've sent in the material numerous times and that they continually encounter bank personnel who say they've never heard of the previous person that they contacted about their case.

Given all these problems, why is the Treasury Department sending in SWAT teams for just three days?

Jakabovics says better oversight could help solve the problem and prevent more foreclosures. He supports putting government officials inside the call centers on a permanent basis.

"By having people in the call centers, I think we'd get to the bottom of this and improve the operation of the program as a whole," Jakabovics says.

Phyllis Caldwell, the chief of the Treasury's homeownership preservation office, says the department will complete the three-day visits. But she adds: "We're committed to doing whatever it takes."