Accessibility links
Excerpt: 'A Reliable Wife' Robert Goolrick's novel is a tale of murder, madness and passion. A lonely, wealthy man with dark secrets in his past requests a mail order bride, but the young woman who comes to live with him has a dark past of her own — and a sinister plan for the future. 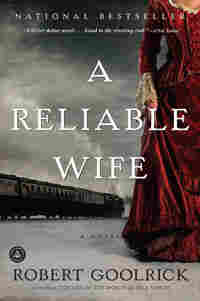 It was bitter cold, the air electric with all that had not happened yet. The world stood stock still, four o'clock dead on. Nothing moved anywhere, not a body, not a bird; for a split second there was only silence, there was only stillness. Figures stood frozen in the frozen land, men, women, and children.

If you had been there you would not have noticed. You would not have noticed your own stillness in this thin slice of time. But, if you had been there and you had, in some unfathomable way, recorded the stillness, taken a negative of it as the glass plate receives the light, to be developed later, you would have known, when the thought, the recollection was finally developed, that this was the moment it began. The clock ticked. The hour struck. Everything moved again. The train was late.

It was not snowing yet, but it would be soon, a blizzard, by the smell of it. The land lay covered already in trampled snow. The land here flew away from your eyes, gone into the black horizon without leaving one detail inside the eye. Stubble through the snow, sharp as razors. Crows picking at nothing. Black river, frigid oil.

Nothing says hell has to be fire, thought Ralph Truitt, standing in his sober clothes on the platform of the tiny train station in the frozen middle of frozen nowhere. Hell could be like this. It could be darker every minute. It could be cold enough to sear the skin from your bones.

Standing in the center of the crowd, his solitude was enormous. He felt that in all the vast and frozen space in which he lived his life--every hand needy, every heart wanting something from him--everybody had a reason to be and a place to land. Everybody but him. For him there was nothing. In all the cold and bitter world, there was not a single place for him to sit down.

Ralph Truitt checked his silver watch. Yes, the train was late. The eyes around him were staring silently; they knew. He had counted on the train being on time today. To the minute, he had told them. He had ordered punctuality the way another man might order a steak cooked to his liking. Now he stood like a fool with everybody watching. And he was a fool. He had failed at even this small thing. It would come to nothing, this last small spark of hope.

He was a man used to getting what he wanted. Since his first staggering losses twenty years before, his wife, his children, his heart's best hopes and his last lavish fantasies, he had come to see the implacability of his own expectations as the only defense against the terrors he felt. It worked pretty well most of the time. He was relentless, and the people of the town respected that, feared it even. Now the train was late.

Around him on the platform the people of his town walked and watched and waited, trying to look casual, as though their waiting had some purpose other than watching watching Ralph Truitt wait for a train that was late. They exchanged little jokes. They laughed. They spoke quietly, out of respect for what they knew to be Ralph Truitt's failure. The train was late. They felt the snow in the air. They knew the blizzard would soon begin. Just as there was a day every spring when the women of the town, as though by some secret signal, appeared in their summer dresses before the first heat was felt, there was as well a day when winter showed the knife before the first laceration. This was the day--October 17, 1907. Four o'clock and almost dark.

They all, each one, kept one eye on the weather and one eye on Ralph. Waiting, they watched Ralph wait, exchanging glances every time Ralph checked his silver watch. The train was late.

Serve him right, some thought, mostly the men. Some, mostly the women, thought kinder thoughts. Maybe, they thought, after all these years.

Ralph knew they talked about him, knew their feelings for him, complicated as they were, were spoken aloud the moment he had passed, tipping his hat with the civility he struggled so hard to show the world day after day.

He could see it in their eyes. He had seen it every day of his life. The chatter of deference, the inevitable snicker at what they all knew of his past. Sometimes there was a whispered kindness because there was something about Ralph, even still, that could stir a sympathetic heart.

The trick, Ralph knew, is not to give in. Not to hunch your shoulders in the cold or stamp your feet or blow warm breath into cold palms. The trick is to relax into the cold, accept that it had come and would stay a long time. To lean into it, as you might lean into a warm spring wind. The trick was to become part of it, so that you didn't end a backbreaking day in the cold with rigid, aching shoulders and red hands.

Some things you escape, he thought. Most things you don't, certainly not the cold. You don't escape the things, mostly bad, that just happen to you. The loss of love. The disappointment. The terrible whip of tragedy.

So Ralph stood implacable, chest out, oblivious to the cold, hardened to the gossip, his eyes fixed on the train tracks wasting away into the distance. He was hopeful, amazed that he was hoping, hoping that he looked all right, not too old, or too stupid, or too unforgiving. Hoping that the turmoil of his soul, his hopeless solitude was, for just this hour before the snow fell and shut them all in, invisible.

He had meant to be a good man, and he was not a bad man. He had taught himself not to want, after his first wanting and losing. Now he wanted something, and his desire startled and enraged him.

Dressing in his house before he came to the train station, Ralph had caught sight of his face in one of the mirrors. The sight had shocked him. Shocking to see what grief and condescension had done to his face. So many years of hatred and rage and regret.

In the house, before coming here, he had busied his hands with the collar button and the knot of his necktie; he did these things every morning, the fixing and adjusting, the strict attentions of a fastidious man. But until he had looked in the mirror and seen his own anxious hope, he had not imagined, at any step of this foolish enterprise, that the moment would actually come and he would not, at the last, be able to stand it. But that's what had occurred to him, looking at his collapsed face in the spidery glass. He could not stand it, this wrenching coming to life again. For all these years, he had endured the death, the hideous embarrassment. He had kept on, against every instinct in his heart. He had kept on get-ting up and going to town and eating and running his father's businesses and taking on the weight which he inevitably took on, no matter how he tried to avoid it, of these people's lives. He had always assumed his face sent a single signal: everything is all right. Everything is fine. Nothing is wrong.

But, this morning, in the mirror, he saw that it was impossible, that he was the only one who had ever been fooled. And he saw that he cared, that it all mattered.

These people, their children got sick. Their wives or husbands didn't love them or they did, while Ralph himself was haunted by the sexual act, the sexual lives, which lay hidden and vast beneath their clothes. Other people's lust. They touched each other. Their children died, sometimes all at once, whole families, in a single month, of diphtheria or typhoid or the flu. Their husbands or their wives went crazy in a night, in the cold, and burned their houses down for no good reason, or shot their own relatives, their own children dead. They tore their clothes off in public and urinated in the street and defecated in church, writhing with snakes. They destroyed perfectly healthy animals, burned their barns. It was in the papers every week. Every day there was some new tragedy, some new and inexplicable failure of the ordinary.

They soaked their dresses in naphtha and carelessly moved too close to a fire and exploded into flames. They drank poison. They fed poison to each other. They had daughters by their own daughters. They went to bed well and woke up insane. Ran away. Hanged themselves. Such things happened.

Through it all, Ralph thought that his face and body were unreadable, that he had turned a fair and sympathetic eye to the people and their griefs and their bizarre troubles. He went to bed trying not to think of it, but he had gotten up this morning and seen it all, the toll it had taken.

His skin was ashen. His hair was lifeless and thinner than he remembered. The corners of his mouth and his eyes turned downward, engraved with a permanent air of condescension and grief. His head tilted back from the effort of paying attention to the bodies that stood too close and spoke too loudly. These things, borne of the terrifying stillness of his heart, were visible. Everybody saw it. He had not covered up a single thing. What a fool he had been.

There was a time when he had fallen in love on every street corner. Chased so tiny a thing as a charming ribbon on a hat. A light step, the brush of a skirt's hem, a gloved hand shooing a fly from a freckled nose had once been enough, had once been all he needed to set his heart racing. Racing with joy. Racing with fair, brutal expectation. So grossly in love his body hurt. But now he had lost the habit of romance, and in his look into the mirror, he had thought with a prick of jealousy of his younger, lascivious self.

You can live with hopelessness for only so long before you are, in fact, hopeless. He was fifty-four years old, and despair had come to Ralph as an infection, without his even knowing it. He could not pinpoint the moment at which hope had left his heart. 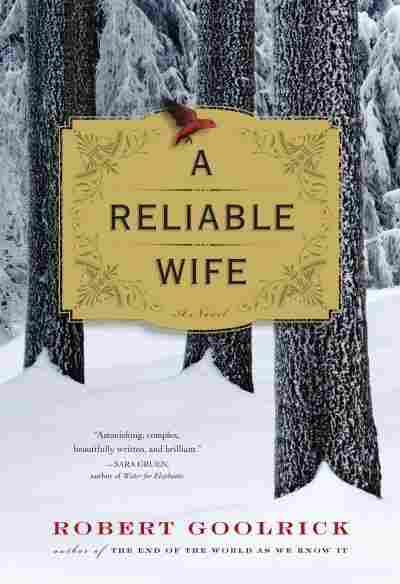