Accessibility links
'Up In The Air' Leads Golden Globes With 6 Nods The airports-and-angst drama, a cautionary tale for a recessionary era, led contenders as nominees for the 67th annual Golden Globes were announced. Jason Reitman's film took nominations in six categories, including best drama and acting honors for stars George Clooney, Vera Farmiga and Anna Kendrick.

'Up In The Air' Leads Golden Globes With 6 Nods

'Up In The Air' Leads Golden Globes With 6 Nods 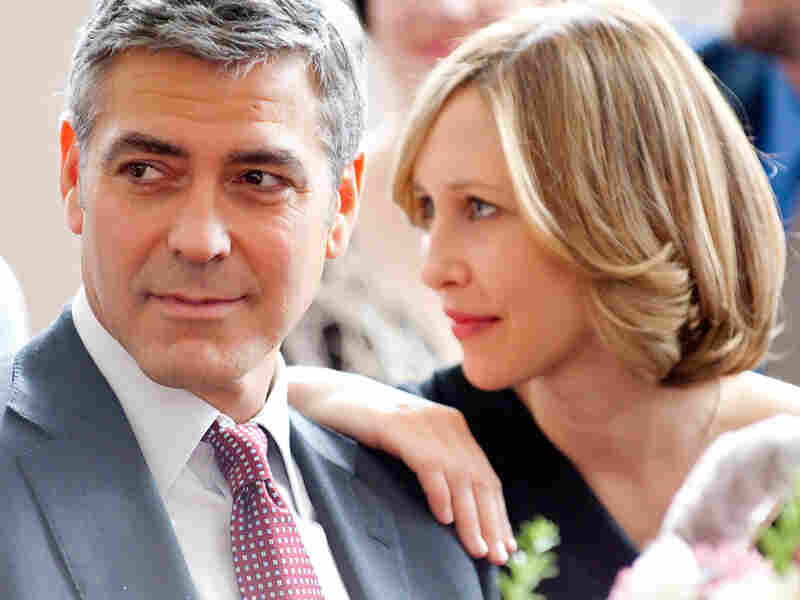 They're Golden: George Clooney and Vera Farmiga both earned nominations for their performances in Up in the Air. Dale Robinette/Paramount Pictures hide caption 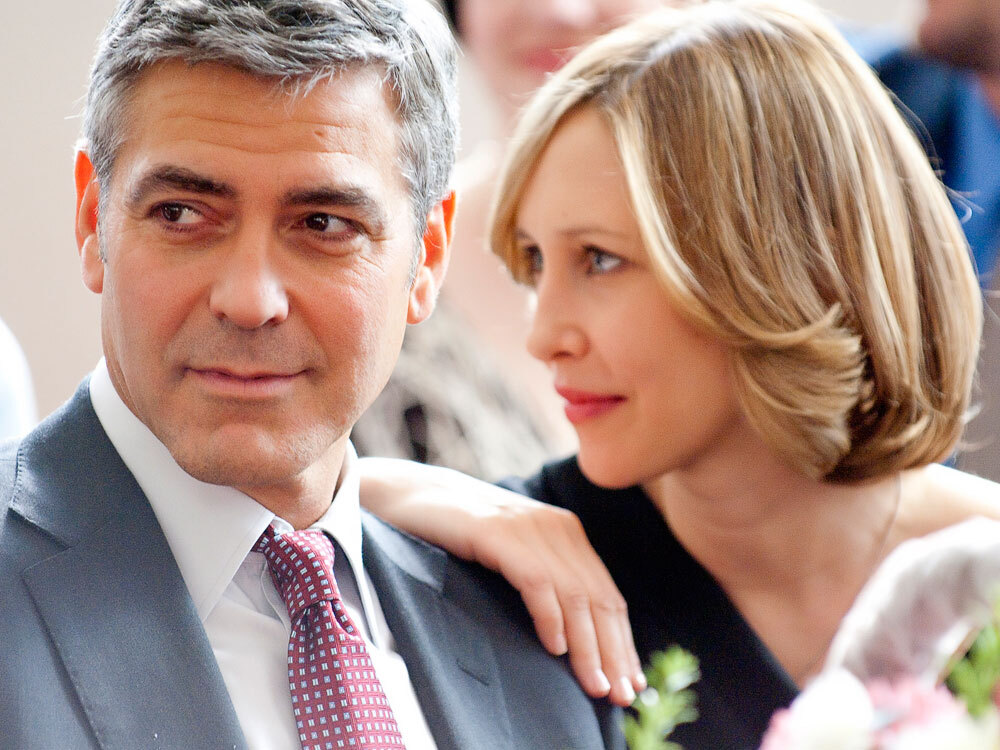 They're Golden: George Clooney and Vera Farmiga both earned nominations for their performances in Up in the Air.

The recession-era tale Up in the Air led Golden Globe film contenders Tuesday with six nominations, among them best drama and acting honors for George Clooney, Vera Farmiga and Anna Kendrick.

Other drama picks were the space fantasy Avatar, the Iraq War tale The Hurt Locker, the World War II saga Inglourious Basterds and the Harlem drama Precious: Based on the Novel 'Push' by Sapphire.

Also competing for musical or comedy are the romance (500) Days of Summer, the bachelor-party bash The Hangover and two Meryl Streep films, It's Complicated and Julie & Julia.

Up in the Air generally has been considered a comedy, but its inclusion in the drama category could give it more weight as a potential favorite for the Academy Awards, where dramatic films tend to dominate.

Playing a frequent-flyer junkie in Up in the Air, Clooney had a nomination for best dramatic actor, along with Jeff Bridges as a boozy country singer in Crazy Heart, Colin Firth as a grieving gay academic in A Single Man, Morgan Freeman as Nelson Mandela in Invictus and Tobey Maguire as a prisoner of war in Brothers.

Streep had two nominations for musical or comedy actress, as chef Julia Child in Julie & Julia and a woman in an affair with her ex-husband in It's Complicated.

Sandra Bullock also had two nominations, as dramatic actress in the football story The Blind Side and as a dragon-lady boss forcing her assistant to pose as her fiance in The Proposal.

Other dramatic actress nominees were Emily Blunt as Britain's monarch in her early reign in The Young Victoria, Helen Mirren as the imperious wife of Leo Tolstoy in The Last Station, Carey Mulligan as a 1960s British teen in an affair with an older man in An Education and Gabourey Sidibe as an illiterate, abused teen turning her life around in Precious.

Hollywood's second biggest film honors after the Academy Awards, the Globes are a key ceremony that sort out the prospects leading up to the Oscar nominations Feb. 2.

The 67th annual Globes will be handed out Jan. 17, six days before nomination voting closes for the Oscars. Globe winners can get a last-minute bump for an Oscar nomination, particularly on smaller films such as 1999's Boys Don't Cry, whose Globe triumph for Hilary Swank helped put her on the map for a best-actress win at the Oscars.

Last year's best drama winner at the Globes, Slumdog Millionaire, went on to win best picture and dominate at the Oscars. Other Globe recipients who followed with Oscar wins included Heath Ledger as supporting actor for The Dark Knight and Kate Winslet, who won supporting actress at the Globes for The Reader and best actress for that film at the Oscars.

The Globes are presented by the Hollywood Foreign Press Association, a group of about 85 critics and reporters for overseas outlets.