Accessibility links
Giving DVDs That Take You To A New World Critic John Powers has a theory: The best movies to give are seldom the recent hits. Instead, a good gift DVD should transport you into a different world that you can immerse yourself in over and over. Check out his favorites for this holiday season. 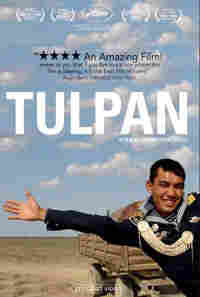 When you watch as many movies and DVDs as I do — I'd be terrified to know exactly how many — it's only natural that people ask if you know of any good gift DVDs for the holidays. I always say that the best ones are seldom recent hits, which tend to have the life expectancy of mayflies. A good gift DVD should transport you into a different world that you can immerse yourself in over and over.

That's why I begin by recommending Zeitgeist Films' DVD of Tulpan, perhaps my favorite movie this year, which is set on the steppes of Kazakstan. Now don't groan: This isn't some joyless documentary. It's the hilarious, vibrantly alive story of a young man, returned from the sea, who wants to marry a local girl, move into a yurt, and set up his own sheep farm on some of the most forbidding real estate on earth. Brilliantly made by Sergey Dvortsevoy, Tulpan isn't just a beautiful, life-affirming tale, but a breathtaking portrait of human beings — and their amazingly choreographed animals — with one foot in the present, the other in 2000 B.C.

You enter a very different world in my next recommendation, the boxed set of Foyle's War: Series 1-5, from Dunkirk to VE-Day. It's a British TV series about a police detective superintendent in the English town of Hastings during World War II. When I got it, I feared it would be corny old stuff, but these mystery stories instantly sucked me into their embattled mood. Foyle's War reveals things about wartime England I'd never seen before — the luxurious country hotels where rich Londoners went to escape the bombs while the poor could not, or the secret military factories where they built all the coffins. What makes the whole thing irresistible is Michael Kitchen's enthralling performance as Foyle, who, in his reticence, sly humor and triumphant decency, is our fantasy of the ideal Englishman. 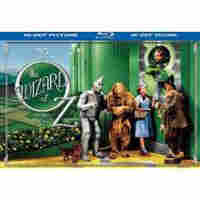 In contrast, my next choice is the purest Americana. It's the 70 Anniversary Ultimate Collector's edition of The Wizard of Oz, our greatest homegrown fairy tale, a fable of dreams and humbug that insists that there's no place like home — except that home is B&W and Oz is Technicolor. Now, I know you've seen the movie, but this is a package worth owning: It's got a gorgeous transfer of the film in DVD and Blu-Ray, fantastic extras — including the fun earlier screen versions of Frank Baum's story — and even a commemorative green Wizard of Oz watch so nifty that I'm wearing it right now.

At the end of the rainbow is this year's pot of gold, AK 100, Criterion's 25-disc collection of films by Akira Kurosawa, in honor of the centenary of the great Japanese director's birth early next year. It's simply a marvel. Not only does it offer four rare films never before available on DVD, it contains disc after disc of classics by one of those filmmakers whose work isn't just great, which can often mean boring. It's as entertaining as the best of Hollywood. 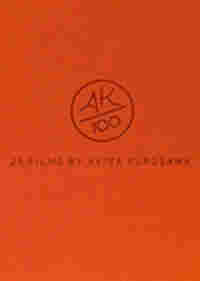 The new world that Kurosawa transports us to is Japan, and I'm not sure any director has ever covered more aspects of any country's history. Kurosawa gives us rollicking samurai stories like Yojimbo and The Seven Samurai alongside ravishing historical pageants like Kagemusha. He gives us action adventures like The Hidden Fortress — one of the inspirations for Star Wars — and heartbreaking political dramas like No Regrets for Our Youth, a masterpiece about the wife of an anti-fascist dissident.

He does a Japanese version of Macbeth but also puts a Tokyo spin on an Ed McBain crime novel in the riveting High and Low. He makes movies about women factory workers in World War II, about daily life in the slums in the '50s, and in one of his greatest films, Ikiru, he tells the tale of a dying bureaucrat who doesn't want to have lived meaninglessly. It ends with a shot in the snow that's one of the most haunting in movie history.

AK 100 is an expensive gift — it's nearly $300 online — but it offers more than 50 hours of pleasure if you watch each film only once. And I'm betting you'll watch your favorites far more often than that. This isn't just a collection of discs — it's a box full of treasure.

Plus a Few Extras:
5. Breaking Bad, Season 1: Bleak, funny and utterly riveting, this show about a dying chemistry teacher's foray into the crystal-meth business features a brilliant, Emmy-winning performance by Bryan Cranston in the role of a lifetime. (Sony Pictures)
6. Downhill Racer: Written by novelist James Salter, this taut, intelligent drama about an arrogant loner of skier (Robert Redford) is one of the best movies ever made about the competitive nature of sports. (The Criterion Collection)
7. The General: The greatest of all silent film comedies features a love story, a stolen locomotive, the Civil War and the incomparable Buster Keaton (who also wrote and directed) as the man in love with both his girl (Marion Mack) and his train. (Kino)
8. Harvard Beats Yale, 29-29: The best gridiron movie I've ever seen, Kevin Rafferty's enormously pleasurable documentary takes you inside the astonishing plays — and the fascinating cultural politics — of perhaps the most famous game in the history of college football. (Kino)
9. Let the Right One In: If you're a fan of Twilight or True Blood, you won't want to miss this utterly original Swedish gem about a 12-year-old boy and his girl friend who has, well, fangs. Tomas Alfredson's superb film manages to inject new blood into what seems like an anemic old story; it's the best vampire movie in the last 75 years. (Magnolia Home Entertainment)
10. My Brilliant Career: One of the greatest and most moving stories of a woman's independence, this 1979 film wasn't just the first big hit of the Australian New Wave. It was the first picture directed by a woman that most audiences had ever seen and boasted a galvanizing performance by the young Judy Davis, whose acting set the template for today's Golden Age of Australian Actresses. (Blue Underground)