Accessibility links
Ban Lifted On Federal Funding For Needle Exchange Congress had banned the use of federal money to finance needle exchange programs. Supporters of the ban thought such programs encouraged drug use. Now, activists see the lifting of the ban as a step forward in the fight to stop the spread of HIV/AIDS. 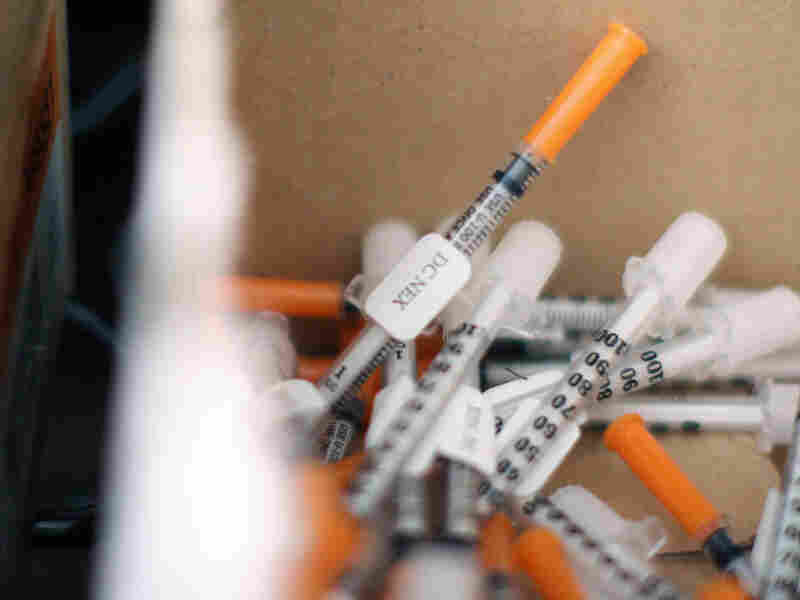 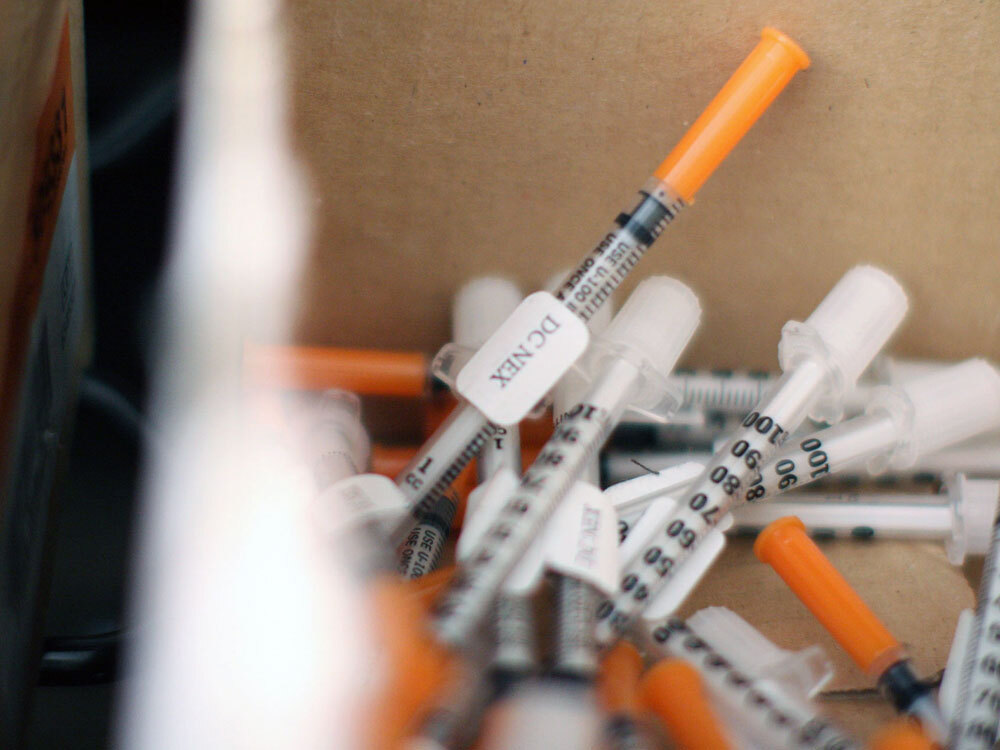 After two decades, Congress has voted to lift a ban on federal funding of needle exchange programs. AIDS activists are cheering the move, saying it legitimizes needle exchange in the nationwide fight against HIV/AIDS.

For years, needle exchange programs in three dozen states have provided clean needles to intravenous drug users as a way to reduce the transmission of HIV/AIDS and Hepatitis C. But the programs have relied solely on state and local funding because of a longtime ban at the federal level. For years, some regarded needle exchange as an incentive for drug addicts to continue to use.

Bill McColl of the Washington, D.C.-based advocacy group AIDS Action says some are afraid federal backing conflicts with the zero-tolerance policy for drug use.

But he says he sees the vote to lift the ban as a vote for science.

"There are eight federal reports that show that syringe exchange will decrease HIV and Hepatitis," McColl says. "It doesn't increase substance abuse. You know, this is a real opportunity to do some serious outreach to a population that is often overlooked."

Around the country, the rate of needle exchange continues to increase. According to the North American Syringe Exchange Network, more than 30 million clean needles were distributed last year. Even in a rural state like Maine, the numbers are up.

Patsy Murphy, director of the Eastern Maine AIDS Network in Bangor, says her organization distributes about 4,000 needles every month.

There are a number of states and localities that ... have very serious injection drug use issues that I think could benefit from this change.

Murphy says many of her clients were originally prescribed painkillers for an injury or illness, but for whatever reason they started abusing drugs. And when they couldn't get doctors to prescribe them, they started buying drugs on the street.

Jonathan Gagnon says he started shooting up about six months ago.

"I was at my friend's house and they were shooting up Dilaudid, and they said snorting it and popping it would give you nothing like the feeling of shooting it, so I said, 'OK, let's try it,' " Gagnon says. "Once I did it, I fell in love."

Gagnon is HIV positive. He goes to the Eastern Maine AIDS Network for support services and counseling, but he also goes to get clean needles. He says he can't take the chance of contracting hepatitis C.

The Bangor program is one of four needle exchanges in Maine, and one of an estimated 200 nationwide. Now that federal money could be made available to fund needle exchanges, Bill McColl of AIDS Action hopes more cities will launch programs.

"There are a number of states and localities that don't currently have syringe exchanges, such as Las Vegas or Miami, that I think have very serious injection drug use issues that I think could benefit from this change," McColl says.

The end of the federal ban on funding does not guarantee additional money for needle exchange programs, but AIDS activists say it's a symbolic achievement that will, at the very least, reinforce an old message that clean needles save lives.