Accessibility links
Excerpt: 'The Old Man And Me' This new reissue of Elaine Dundy's 1962 hit is far more literary than "chick lit" but just as much fun, absolutely crackling with deviousness and wit.

Excerpt: 'The Old Man And Me'

Excerpt: 'The Old Man And Me' 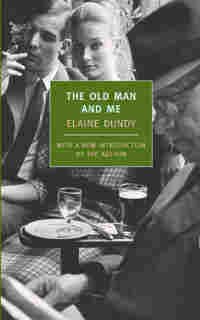 LANGUAGE ADVISORY: This excerpt contains language that may be offensive to some readers.

There is a sort of coal hole in the heart of Soho that is open every afternoon: a dark, dank, dead-ended subterranean tunnel. It is a drinking club called the Crypt and the only light to penetrate it is the shaft of golden sunlight slipping through the doorway from time to time glancing off someone's nose or hair or glass of gin, all the more poignant for its sudden revelations, in an atmosphere almost solid with failure, of pure wind-swept nostalgia, of clean airy summer houses, of the beach, of windy reefs; of the sun radiating through the clouds the instant before the clouds race back over it again — leaving the day as sad and desperate as before.

I was having a drink there one sunny afternoon last year in the midst of a futile heap of hoboesques, although wait — that isn't strictly true. I was standing there with a drink in my hand but I wasn't drinking it. I was nursing it for dear life. Hovering over it, as we used to say at dear ole Bullshit Hall, where I was so gently schooled for four boarding-school years, and I was feeling utterly and completely demoralized — treading water and tiring fast.

The sun suddenly went out — in, that is — and the ensuing darkness tearing me from my vision of the outside world was claustrophobing me up with the Crypt and its inhabitants; ensnaring me in their knotted hair, hooking me on to their ravelled sweaters, leaving me haggard with concern for their buttonless jackets, their flapping shoes, their bent, bruised cigarettes smoked down to the nub. The Soho scene. I looked around and shuddered. I had nothing personally against these people, quite the opposite; I was most awe-fully impressed. It was simply, when I analysed it, my distress at finding myself in a room where I seemed to have more money than anyone else and this condition was especially intensified by the fact that though I was probably richer than anyone there, I was virtually broke. Not flop-house-lower-depths broke. But what I'd managed to save over the two years working on one of the better Quality Mags in New York was trickling through my hands at a terrifying rate.

And the irony was that I was in there suffering the poor only on the highly improbable off-chance of running into the very rich! I mean, precisely, C.D. McKee. For, in the entire month that I had been searching London for him, this was the only place I had heard his name even mentioned.

London had been alarming, distinctly alarming, in the way it could force me — a not unpresentable young woman — to spend one whole month in it and meet only the following people: two Portuguese (pick-ups, staying at my hotel), two Hungarians (pick-ups, not staying at my hotel) and two American boys (queer; exchange students at Oxford; on the plane coming over). The Portuguese had taken me on an excursion trip up the Thames. The Tower of London had been our original goal but when we got to the spot on the map where it was supposed to be and it wasn't and nobody around knew anything about it, they eventually became too embarrassed to keep on asking about so large and obvious a landmark, gave up and took me on an excursion boat (there in plain sight though not on our map) in order to prevent the outing from being a complete bust.

I took the same boat up the Thames again about two weeks later with one of the American boys. I forget why. It was a Sunday, I think, and everything was closed. It was a hideous ride with warehouses and smokestacks on one side of the river and Bovril and Milk advertisements on the other but by then I wasn't particularly in the mood to get upset about the looks of a river. It had rained almost steadily since I arrived and I thought London the ugliest city on earth. Marble Arch and Piccadilly Circus. Ugh. The dirty-green grass patch called Leicester Square surrounded by Movie Palaces, restaurant windows full of chickens revolving on their spits and the new Automobile Association Building — hardly Art Nouveau. Oxford Street. Ugh, ugh.

There had, of course, been that brief enchanted glimpse of the beautiful square at the end of which stood C.D.'s house where I arrived one morning, his address still clutched in my hand, steadied for the big confrontation scene only to be stopped dead in my tracks and swiftly brought to rout by nothing more than the sight of his butler ordering a delivery boy round to the tradesmen's entrance.

And then there were those few salty exchanges between me and various Espresso Bar attendants.

Anyway here I was back again in Soho in this terrible dive the Crypt because what had happened was that the night before one of the Americans, down from Oxford, had said, "Hey, someone gave me a list of literary pubs, did you ever? Isn't it straight out of Shakespearian times? They're in Soho, see, that's where all the you know, sort of odd-ball Greenwich Villagey Left Banky off-beat In-group types" — (that was the way he talked) — "oh, artists and painters and all that jazz are supposed to hang out. So why don't we give it a whirl, hey? Might be a fun thing."

So I went. I had nothing better to do, had I, except recount my money and repaint my finger-nails and die of frustration?

The Crypt had been the place we'd decided to start at and it was here, at this very bar, that I overheard for the first time in England the magic Name.

"I say, Bollie, you were very smart last night. Very smart indeed. C.D. McKee, big as life! How did you manage to pull that off?"

"My dear, he came along with Alex who hates me of course but — "

"Alex? What was C.D. McKee doing with Alex?"

"Oh but McKee is sweet. You simply don't understand him," said Bollie, an enormous boy-shaped man with large sorrowful eyes and a headful of greasy curls, hermaphrodite breasts showing through his torn pullover. "I tell you he's sweet. Not a bit frightening really. No side at all, when you get to know him. He and Alex were staying in Scotland at Perdita Gallow's and I gather they both ended up in the Passing Out Room and then decided to motor back to London together the next day." His voice was high and wavy and very loud and he had a delicate way of running his fingers through his greasy black ringlets as he spoke and patting them again fondly as they bounced back.

"Let's get a drink and stay here," I whispered to my friend. "I want to take this all in." I pressed into the crowd that had collected around Bollie.

"Ah, the Honourable Perdita. How is she? Still mad as ever?" asked a youngish man with grey hair, his mouth twisted into an affectionate toothless grimace.

"As a hatter," Bollie confided cosily to the whole crowd. "Alex says she came down to dinner one night all splendidly got up in lavender satin except for one breast hanging out, my dear, quite casually. He did wonder whether to spoon it back in. Not that she was in any state to mind one way or another, poor old bod. She's been frightfully sad since Adrian left."

Bollie was a sort of chain-talker, lighting one end of a conversation to another without letting the first go out. The ladies — God bless 'em — Kitty and Clarissa and Chloe and Cassandra — were all in pretty bad shape, I gathered. All mad, all poor, all sad.

A tall emphatically sloshed young woman whose hair entirely hid the upper part of her face was lurching around clutching a large drawing-folder which kept jabbing everyone in the stomach. She lurched up to Bollie demanding to know when he was going to paint her. "You said you would. You know you did."

"I did not. Get away, you dreary old mizbag," said Bollie, indignant at the interruption.

"But you did. You promised. You swore on your mother's grave."

"Really? Well, that must make me Miss-I-Don't-Care of this month because I'm not going to do it," and he turned away from her and got back down to business. "No, about C.D. C.D. McKee. He was in here last night, you know, standing right where you are, and he said to Alex — I heard him, Alex will deny it of course, he's so jealous of me — he said, 'But I'm delighted to see Bollie, he always makes me laugh.' Oh Alex was livid. That Alex. He's madly jealous of me — of everything I do. For instance, the other day — "

"A very angry young man. He tells me his latest epic is going to be called B— the Duke."

"How delicious. And I bet he'd love to."

"So what's your big ambition in life?"

"To sleep with a sailor."

"You mean you've never? How quaint." 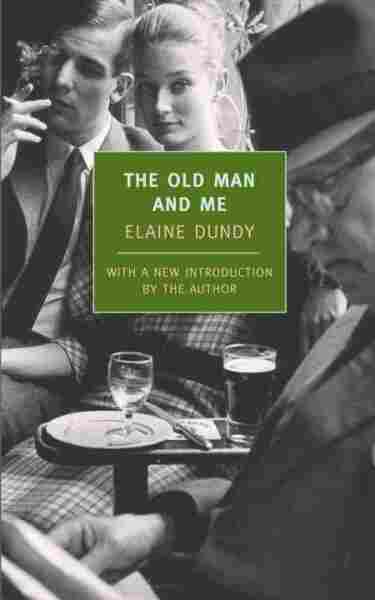 The Old Man and Me

Title
The Old Man and Me
Author
Elaine Dundy