Accessibility links
Excerpt: 'The Flying Troutmans' Miriam Toews' novel is a light, modern On the Road: a poignant American road-trip novel with a twist. It's Canadian. 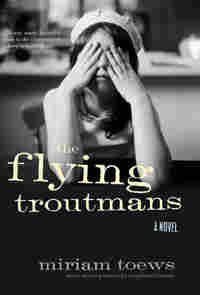 Yeah, so things have fallen apart. A few weeks ago I got a collect call from my niece, Thebes, in the middle of the night, asking me to please come back to help with Min. She told me she'd been trying to take care of things but it wasn't working any more. Min was stranded in her bed, hooked on blue torpedoes and convinced that a million silver cars were closing in on her (I didn't know what Thebes meant either), Logan was in trouble at school, something about the disturbing stories he was writing, Thebes was pretending to be Min on the phone with his principal, the house was crumbling around them, the back screen door had blown off in the wind, a family of aggressive mice was living behind the piano, the neighbours were pissed off because of hatchets being thrown into their yard at all hours (again, confusing, something to do with Logan) ... basically, things were out of control. And Thebes is only eleven.

I told her I'd be there as soon as I could. I had no choice. There was no question. Our parents are dead. Min didn't have anybody else. And in just about every meaningful way, neither did I. Admittedly, I would have preferred to keep roaming around Paris pretending to be an artist with my moody, adjective-hating boyfriend, Marc, but he was heading off to an ashram in India anyway and said we could communicate telepathically. I tried it a couple of days before he left. I love you, don't go, I said silently, without moving my lips. He was standing next to me, trying to photograph a gargoyle. You're a little in my way, he said. Can you move? No amount of telepathy worked with him, but maybe you have to be thousands of miles away from someone in order for your thoughts to work up the speed and velocity required to hit their target.

At the airport, Thebes came running over to me dressed entirely in royal blue terry cloth, short shorts and cropped top, and covered in some kind of candy necklace powder. The empty elastic was still around her throat. Or maybe she wore that thing all the time. She had fake tattoos all over her arms and her hair was intense purple, matted and wild, and she melted into me when I put my arms around her and tried to lift her off the ground.

Hey, you crazy kid, I said. How are you? She couldn't talk because she was crying too hard. How are you, Thebie? I asked again. How are things? I didn't have to ask her. I had a pretty good idea. I let her wrap herself around me and then I carried her over to a plastic airport chair, sat down with her sprawled in my lap, all arms and legs, like a baby giraffe, and let her cry.

How's the songwriting going? I finally whispered in her ear. I really liked that line ... take a verse, Mojo ... you know? I said. She was always e-mailing me her lyrics and cc'ing David Geffen on them.

She frowned. She wiped the snot off her face with the back of her hand, then onto her shorts. I'm more into martial arts now, and yo-yoing, she said. I need to get out of my head.

Yeah, I said. Using your kung fu powers for good?

Well, she said, I feel good when I flip people.

Hey, I said, where's your brother?

She told me he was outside waiting in the van because he didn't know how to work the parking and also he didn't actually have his driver's licence, only his learner's, he's fifteen, he's all jacked up on rebellion and whatever, he just wanted to wait in the van and listen to his music.

We headed for the exit and kind of stumbled around, falling over each other. Thebes kept her arm wrapped around my waist and tried to help me with my bag. All I had was one large backpack. I didn't know how long I'd be staying but it didn't really matter anyway. I'd lost my boyfriend and didn't care about my job and there was no reason to go back to Paris. I didn't own anything besides books, and Marc could keep those if he wanted to.

It was sunny and warm and the sky was a sharp, cartoony blue compared to the wet clay skies of Paris, and there was Logan sitting in their beat-up van staring straight ahead at something, not us, music blasting from inside, like the van was a giant Marshall amp. Thebes ran up to the van and threw herself against the windshield. Logan snapped out of his rock 'n' roll reverie for a second and smiled. Then he got out of the van and walked, glided, over to me and gave me a big hug with one arm and asked me how it was going.

All right, I said, how about you?

Mmmm, he said. He shrugged.

Hey, what's this? I asked him. I grabbed his arm and squeezed his bicep.

And, dude, your pants! I said. Did you steal them from Andre the Giant? I snapped the elastic band on his boxers. Logan opened the door to the van and threw my stuff in.

How was Paris? he asked.

Thebes turned down the volume on the music. Then she told me I should drive instead of Logan. She said she'd been planning her funeral on the way there.

I got dumped, I said.

You can't get dumped in Paris, said Logan. Isn't it supposed to be all —

By a guy or a girl? asked Thebes.

Logan stared hard at Thebes for a few seconds. He said you were gay, she said.

No I didn't, said Logan.

You totally did! said Thebes.

Hey, I said. It's okay. It really doesn't matter. Really. But it was a guy.

But you're not that old, said Thebes, right? You can still find someone if you look hard. How old are you?

Okay, twenty-eight, she said. She thought for a second. You have like two years, she said. Maybe you should dress up more, though.

Logan ended up driving back to their house because I didn't know how to tell him not to and because he hadn't seemed interested in relinquishing control of the wheel anyway. Logan and Thebes yelled at each other all the way back, the music cranked the whole time.

Thebes: Stay in your lane, moron!
Logan: Don't lose your fucking shit, man!
Thebes: I don't want to die, loser! Use two hands!
Logan: Do NOT grab the steering wheel!

Then Thebes went into this strange kind of commentary thing she does, quoting the imaginary people in her head. This time it was a funeral director, I think. She said: With an impact this severe there is not a hope of reconstructing this kid's face. She banged the back window with her fist.

What was that? I asked her.

The lid of my coffin slamming down, she said. Closed casket. I'll be unrecognizable anyway.

It was great to see the kids again. They'd changed a bit, especially Logan. He was a young man now, not a child. More on his mind, maybe, but with less compulsion to share it. Thebes was more manic than the last time I'd seen her. I knew what that was about. It's hard not to get a little hysterical when you're trying desperately to keep somebody you love alive, especially when the person you're trying to save is ambivalent about being saved. Thebes reminded me of myself when I was her age, rushing home from school ahead of Min so I could create the right vibe, a mood of happiness and fun that would sustain her for another day, or so I thought. I'd mentally rehearse what I thought were amusing anecdotes to entertain her, make her laugh. I didn't know then that all my ridiculous efforts only brought her further down. Sometimes she would laugh or applaud half-heartedly, but it was always with an expression that said, yeah, whatever, Hattie, nice try, but everything is bullshit. 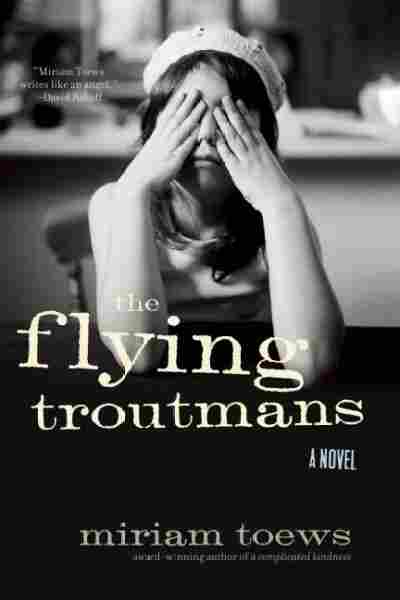