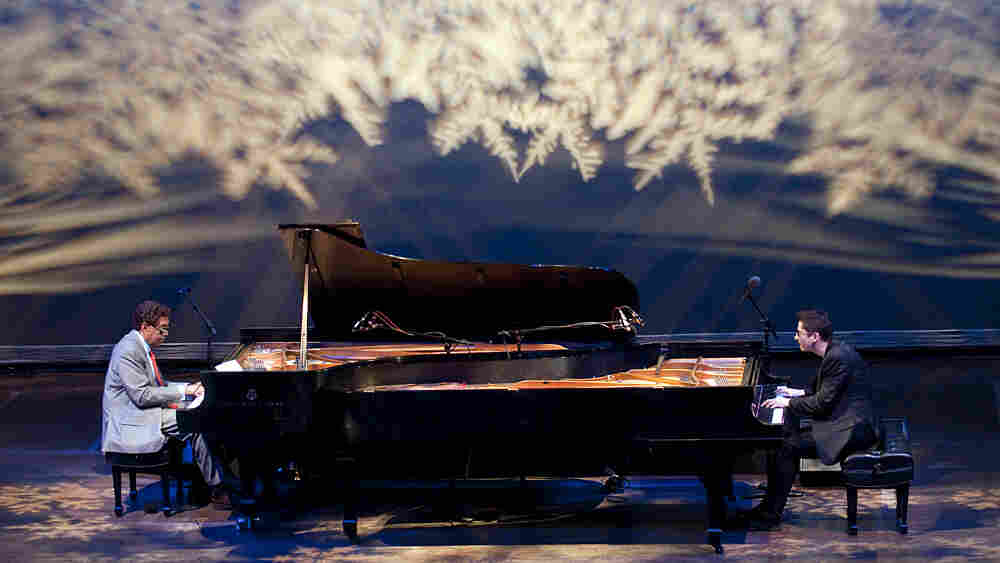 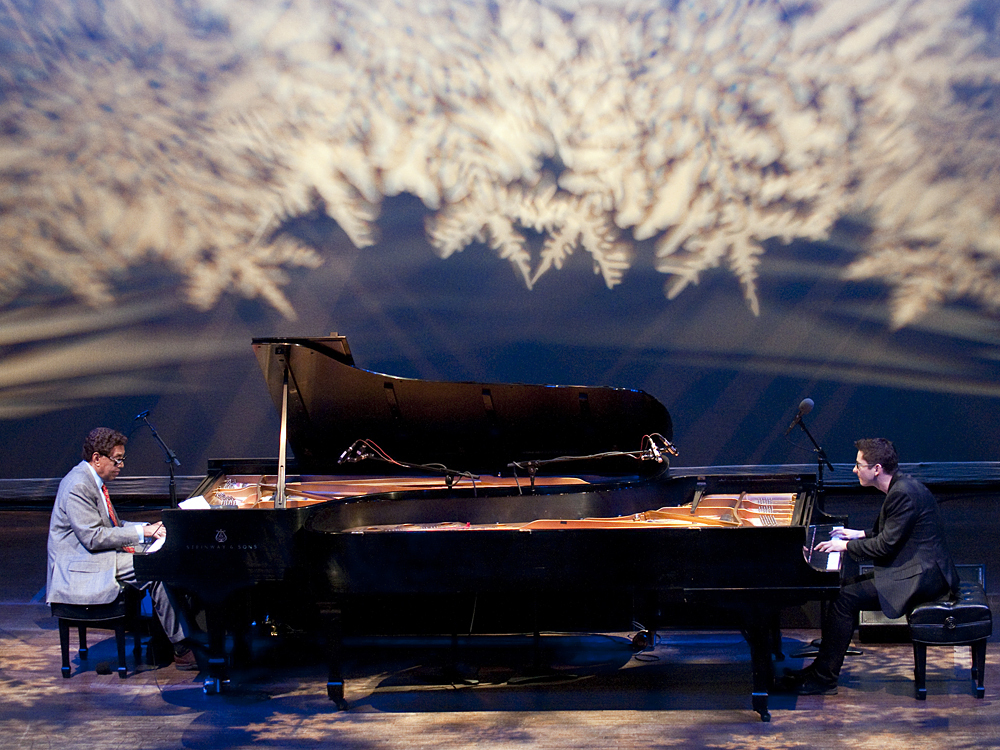 Billy Taylor and Eldar, 'It Was Just the Light of Faith' 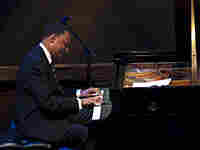 The main event began with Eldar Djangirov's romp through Mel Torme's "The Christmas Song." The young Kansas City native, who goes by just his first name, landed a major-label recording contract with Sony before he was old enough to vote. Only 22, Eldar was only 2 years old when A Jazz Piano Christmas began. But for his second tune, he invited 88-year-old Billy Taylor to duet with him — a performance heard here as an online-only exclusive.

Pianist Robert Glasper has won attention for fusing jazz ideas with hip-hop sensibilities — and often producing music with rappers and neo-soul singers. His latest album is titled Double Booked, and he's not kidding. On the morning that A Jazz Piano Christmas was recorded, he was on the Today show in New York with soul singer Maxwell. He jumped on a train for Washington and performed a rambling take on Thad Jones' "A Child Is Born."

Next up: Patricia Barber, who plays piano and sings. But she's not a jazz singer in a classic sense; she's also known for her original songwriting. Barber started with an original take on "O Tannenbaum," heard here as a Web exclusive, and then went into an original composition called "The New Year's Eve Song."

Many remember Joe Sample from his days in the early 1960s as a member of the Jazz Crusaders. For more than five decades, he's been a presence in jazz and sometimes even the Billboard pop charts; he mixes a touch of swing with the bluesy roots of Houston, his hometown. For NPR's special, he sketched out bold, richly voiced variations on "O Little Town of Bethlehem" and "The Little Drummer Boy."

The last pianist of the evening has a long, remarkable career in music, and not always from behind the piano. He's been a television and radio host sharing his love of jazz with audiences around the country. And he's been very generous with student musicians in his hometown of Chicago. NEA Jazz Master Ramsey Lewis emerged to play John Coltrane's lesser-heard "Dear Lord," and then welcomed Billy Taylor to join him on Taylor's charming original, "Merry Christmas."