Accessibility links
High-Tech Dreams Dissipate For Furniture Workers Laid-off furniture factory workers in Lenoir, N.C., studied information technology with the hopes of landing a job at a new Google data center. But when their dreams of a job with Google didn't come true, they still found a way to stay employed. 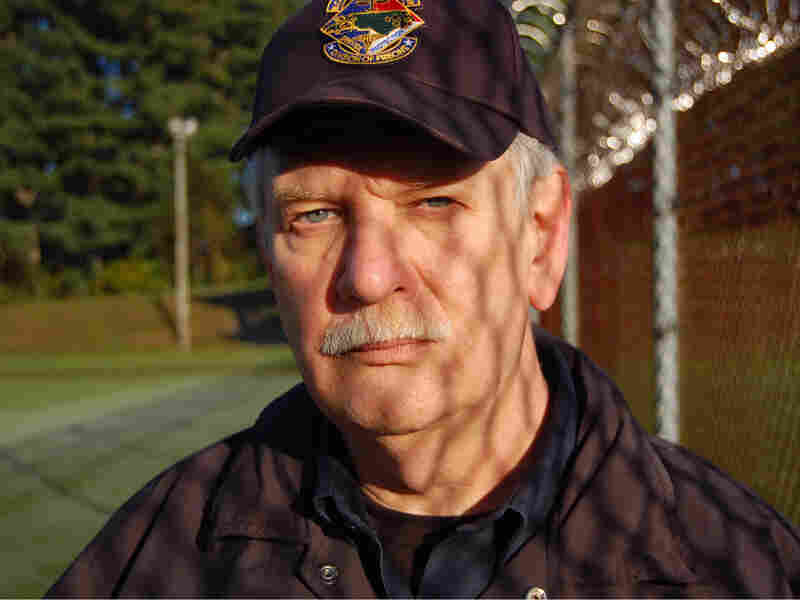 After three decades in furniture, Bill Curtis tried and failed to get a job at Google. Now he works seven days a week, splitting his time between a youth prison and a Wal-Mart. Frank Langfitt/NPR hide caption 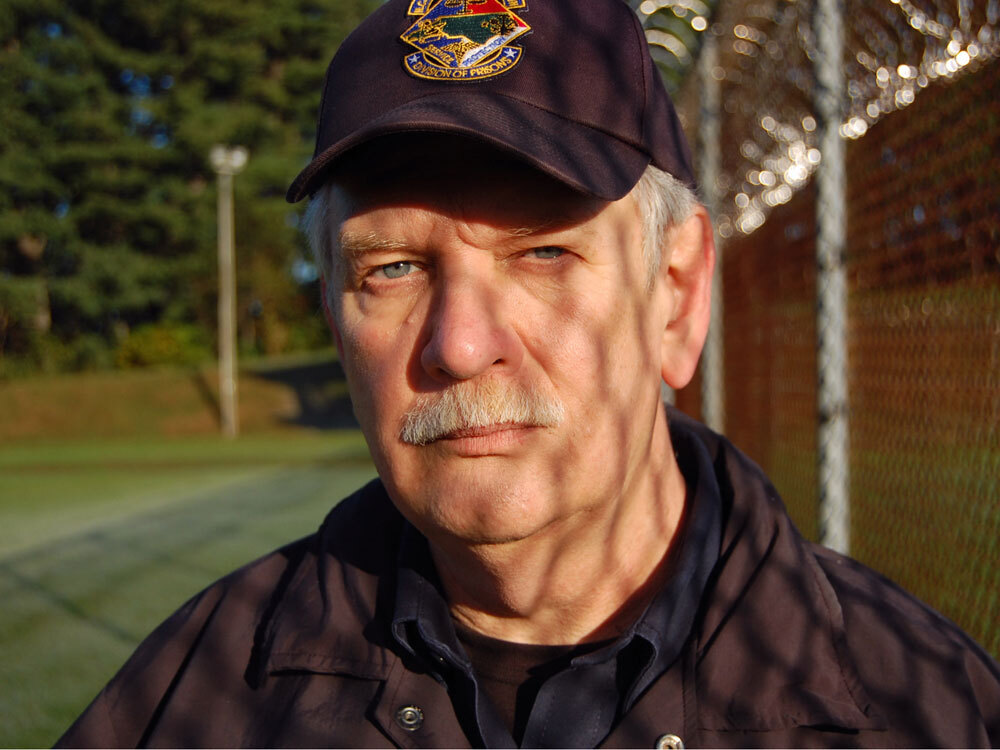 After three decades in furniture, Bill Curtis tried and failed to get a job at Google. Now he works seven days a week, splitting his time between a youth prison and a Wal-Mart.

Read Part One Of The Series

Employment shows signs of stabilizing, but the nation still shed more than 40,000 manufacturing jobs last month. Former factory workers are looking to retrain, but can they compete for the jobs of the future?

For more than two years, NPR has been following some laid-off furniture workers from Lenoir, N.C., a small town in the foothills of the Blue Ridge Mountains. The workers returned to school to study information technology. Their goal was to land a job at a new Google data center.

One of those laid-off workers was Bill Curtis. In December 2007, he was preparing for his final job interview with Google. Curtis knew the competition was stiff.

"I think my chances are pretty good," Curtis said. "I'm not a shoe-in, but doggone it, I don't know what else I can do to get ready."

Curtis had already done a lot. His furniture job was outsourced to China in 2005. He spent most of the next several years studying information technology at Caldwell Community College in hopes of breaking into the knowledge economy.

The interviews at Google stretched for several hours, and Curtis stumbled over some software questions. At the college, Curtis only had six weeks of training on Linux, the operating system Google uses. Afterward, he was drained but hopeful.

"I thought I had a pretty good shot," Curtis recalled. "Two weeks later, I got what I called the e-mail of death, saying, 'We can't use you right now.' "

Despite continuing his search, he couldn't find another information technology job. Curtis' dream of a career in technology was over.

Shifting Gears To A Prison And Wal-Mart

Today, Curtis works as a corrections officer at the Western Youth Institution, a prison in Morganton, N.C. The work is more dangerous than Curtis' old job, cutting cloth for Broyhill Furniture.

"Sometimes a corrections officer gets punched or has to get into the fray," Curtis explained. "That's part of the job."

The inmates are mostly teenagers and include murderers. But, given the economy, Curtis is grateful for the work — even if it comes in 12-hour shifts.

Curtis works at the prison three to four days a week, earning $26,000 annually.

That's not enough to cover his bills. Curtis' wife, Janet, lost her furniture job to the recession this year, so he works several more days a week at Wal-Mart in nearby Granite Falls.

Curtis works in sporting goods, where he earns about $9 an hour — about $6 an hour less than he made in furniture.

Curtis' furniture job was one of more than 6,000 that disappeared this decade from Caldwell County — about an hour's drive northwest of Charlotte. Companies sent the work to China to save money.

Wal-Mart has become a safety net for former furniture workers here, employing Curtis and 29 others.

Curtis knows Wal-Mart is built on the same low-cost strategy that destroyed his job, but he mostly keeps that to himself.

"It was just a few weeks ago, one lady put her hands on her hips and huffed and said: 'Is there nothing made in American in this store anymore?' " Curtis recalled. "And I said, 'Lady, you need to call corporate office and talk to them.' "

Margo Rice is another former furniture worker who studied with Curtis at Caldwell Community College and Technical Institute. She didn't get a job at Google, either.

But she has turned some of her new skills into a new career at the college, setting up TV feeds for long-distance classes, including one where the instructor teaches English to students in Brazil.

Rice's new technology job pays about $5,000 less than her old factory one, but she likes it a lot better because it encourages her to think. She says most other laid-off furniture workers have not done as well.

"I'm doing fantastic compared to them," Rice said. "Some are coming to the college to get their GEDs. Most of them are drawing unemployment. They don't know what to do."

Derrick Lingle was one of Rice's classmates in the information technology program — at 23, young enough to be her son. Lingle knew a lot about Linux, the operating system Google uses. Where Rice struggled with interview questions, Lingle had answers.

Lingle landed a staff job as a data technician at Google in the summer of 2008. He even bought a silver Mitsubishi Eclipse to celebrate.

"One thing I added to the car was a sunroof, because I always wanted a sunroof," Lingle said as he wound through the hills surrounding Lenoir.

Life at Google is nothing like a furniture factory. Many employees are in their 20s and 30s. Breaks include playing pingpong and blasting video-game zombies on a flat-screen TV.

Lingle has a high-pressure and fast-paced job. He races around fixing servers that handle everything from searches of Google maps to YouTube videos. 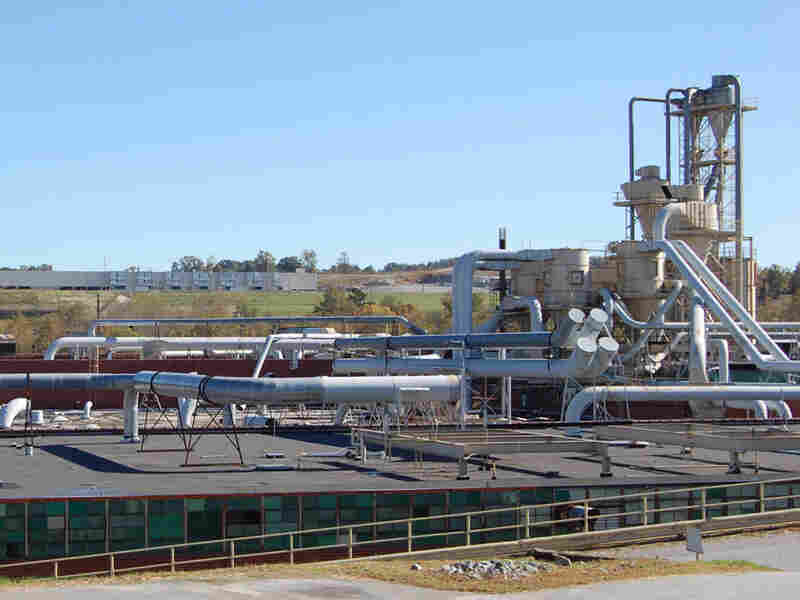 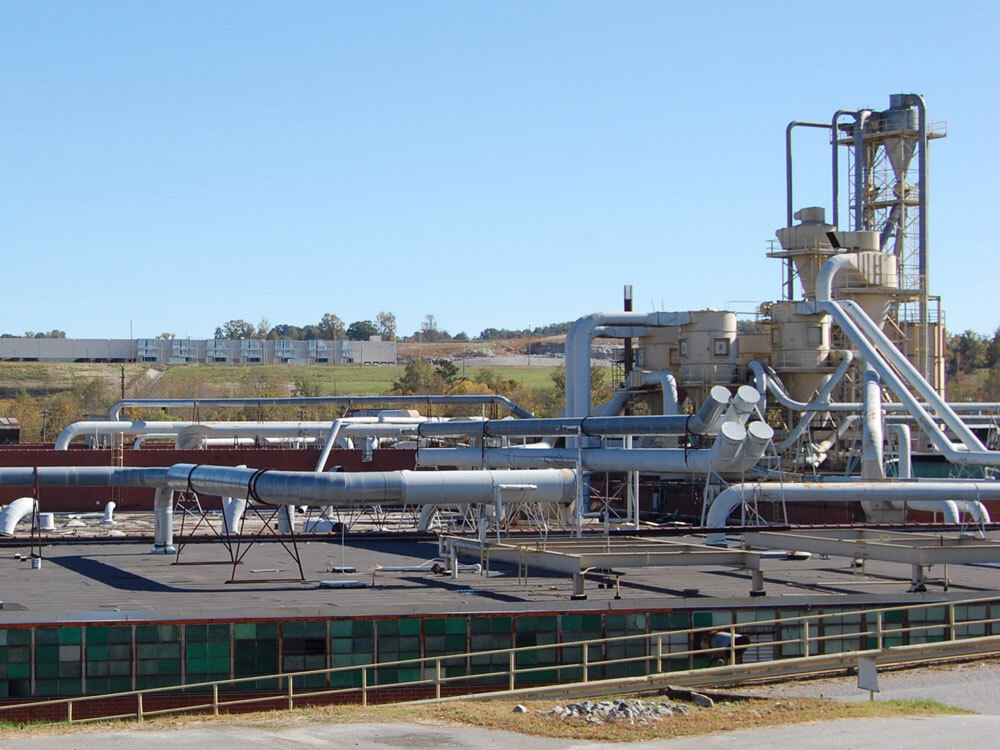 "I think I repaired over 60 of them one day," Lingle said. "We even have scooters out there to help us get from spot to spot."

Google — a highly secretive company — won't say what Lingle earns, but the benefits at Google go beyond a paycheck. The company has flown Lingle out to its Silicon Valley campus. For a guy who didn't travel much beyond Charlotte, the trip opened up a new world.

"When you get out, you see there is this possibility," Lingle said. "Even if you decide to leave Google at a later time, there are all these other companies out there. Just being able to know that there's more, it's eye-opening."

Faith In 'The American Way'

In the end, Curtis and Rice weren't surprised that Lingle got the job they so wanted. Curtis said Lingle succeeded because he's young and tech-savvy. Can Curtis compete with someone like that?

Curtis, now 55, expressed no bitterness about losing out on the Google job. He said he'll keep working at the prison and Wal-Mart — seven days a week — for as long as he has to.

Given the state of the job market, that could be awhile. Curtis said when he pulls into the driveway these days, he's beat.

"You just turn the ignition off and ... your feet feel like lead," Curtis said, "but you just suck it up and come on in and go. That's the American way."

In Part Three: The Chinese way. A report from South China with some of the workers who now do the furniture jobs that Bill Curtis and tens of thousands of Americans once had.