Accessibility links
Carla Bley: A Traditional Jazz Christmas From A Secular Source The jazz composer Carla Bley doesn't celebrate Christmas, and left the church behind as a teenager. But you wouldn't know it from her new album, which sets her favorite Christmas carols — traditional and original — to her edgy writing style.

No one would accuse jazz composer and pianist Carla Bley of being warm and fuzzy. 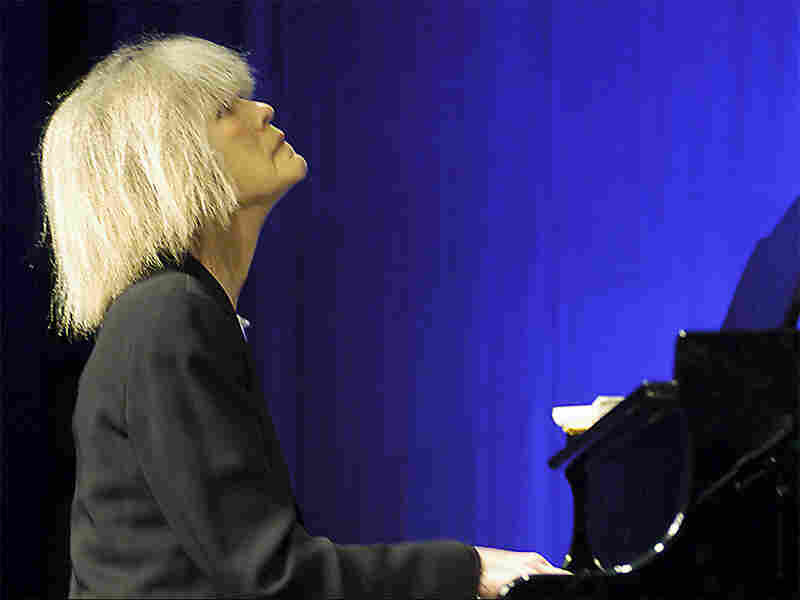 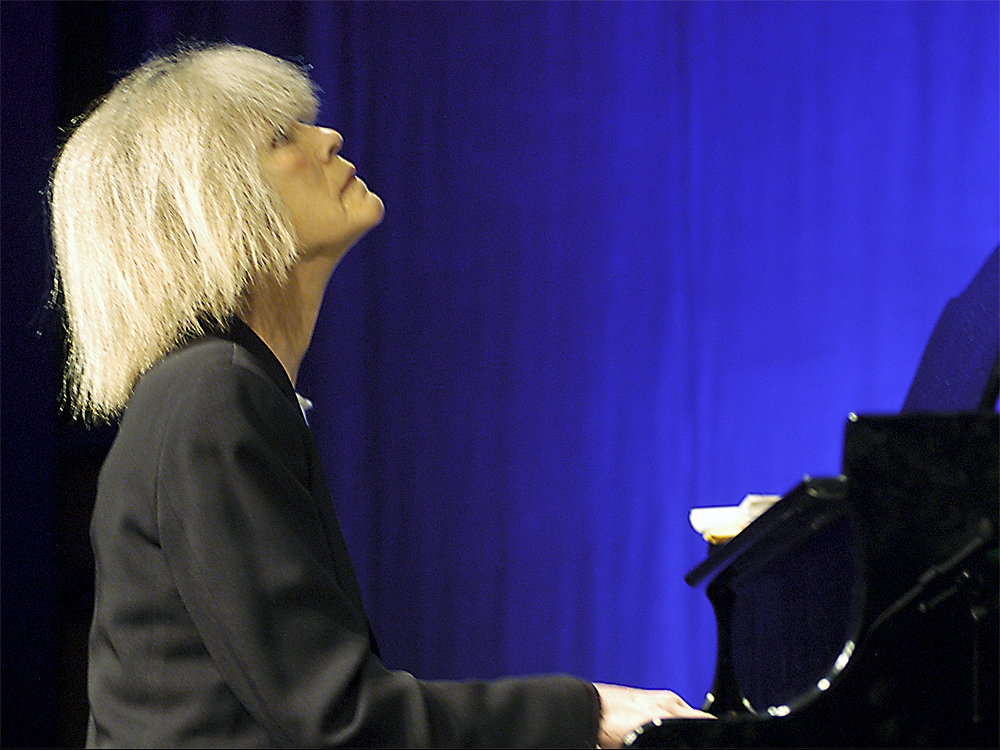 Carla Bley stopped celebrating Christmas, but has tended a folder of favorite holiday music scores for many years.

Bley doesn't celebrate Christmas — or any of the holidays. No decorations, no gifts, no calls, no cards.

"Well, maybe a good bottle of wine," she says.

But she grew up celebrating and singing holiday tunes. Her father played organ at church, and her parents met as students at the Moody Bible Institute in Chicago.

"And I sang in the choir," she says. "Music was based heavily around life at the church. It's not just Sunday at one of those churches."

That daily routine got to be too much for Bley. At 15, she dropped out of high school, left her parents' home in Oakland, Calif., and landed in New York in the mid-1950s. Pretty quickly, she went from working as a cigarette girl at a jazz club to persuading the talent to play her music: serious musicians like Jimmy Giuffre, George Russell and Paul Bley — later, her first husband.

But if she had left the trappings of Christmas and church behind, Carla Bley still cherished the music, according to bassist Steve Swallow, her longtime partner.

"I guess I realized long ago she had that worm within her, the worm to take the Christmas carols very seriously and respectfully," Swallow says.

Lots of musicians have taken Christmas as their muse: Bing Crosby, Phil Spector, The Pogues — now, even Bob Dylan. Now Carla Bley has joined their ranks. Bley is known for her smart, edgy compositions, often for her contemporary big band.

But her new album, Carla's Christmas Carols, is a collection of Christmas songs — many of them very traditional. As it turns out, all her life, Bley has kept a folder of Christmas music.

The electricity is out at the Bley-Swallow home outside of Woodstock, N.Y., so Bley holds a wrought-iron candelabra as she leads the way downstairs to the music room. On her piano sits a small Christmas tree, and on the walls hangs a string of lights.

Along with reconfigured versions of traditional holiday tunes, Bley wrote two new songs for the album. "Jesus Maria" is about a boy with a girl's name, in honor of both Jesus and his mother. And then there's "Hell's Bells."

"That's like anti-Christmas," Bley says. "It's like people who don't go to heaven, what they might hear. Everything's going wrong in that piece — it's sort of like hell must be, I thought," says Bley. "I have these little scenarios that amuse me as I'm writing."

Bley had a different aim.

And in the end, the music's even kind of warm and fuzzy.