Accessibility links
Ratio Of Contractors To Troops At War? 1 To 1 The number of contractors hired to work in Afghanistan and Iraq puts the total number of personnel there at a level comparable to the Vietnam War. The use of contractors frees up troops to perform combat missions and saves money — but it also has drawbacks. 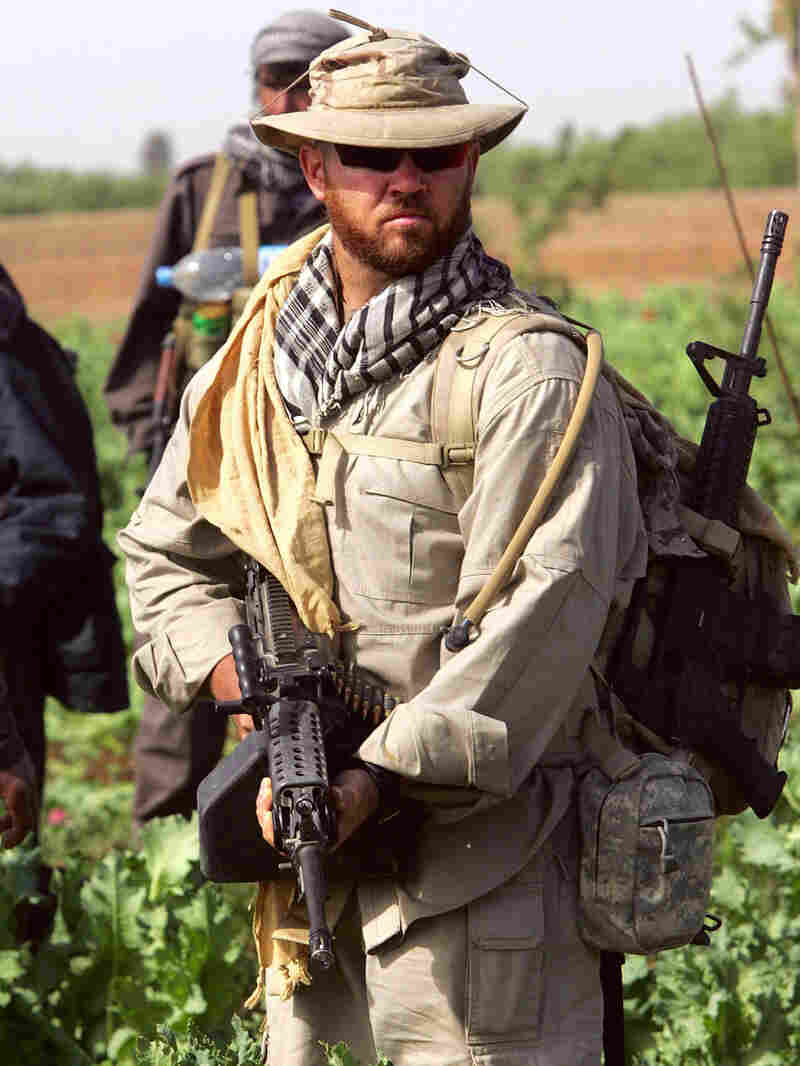 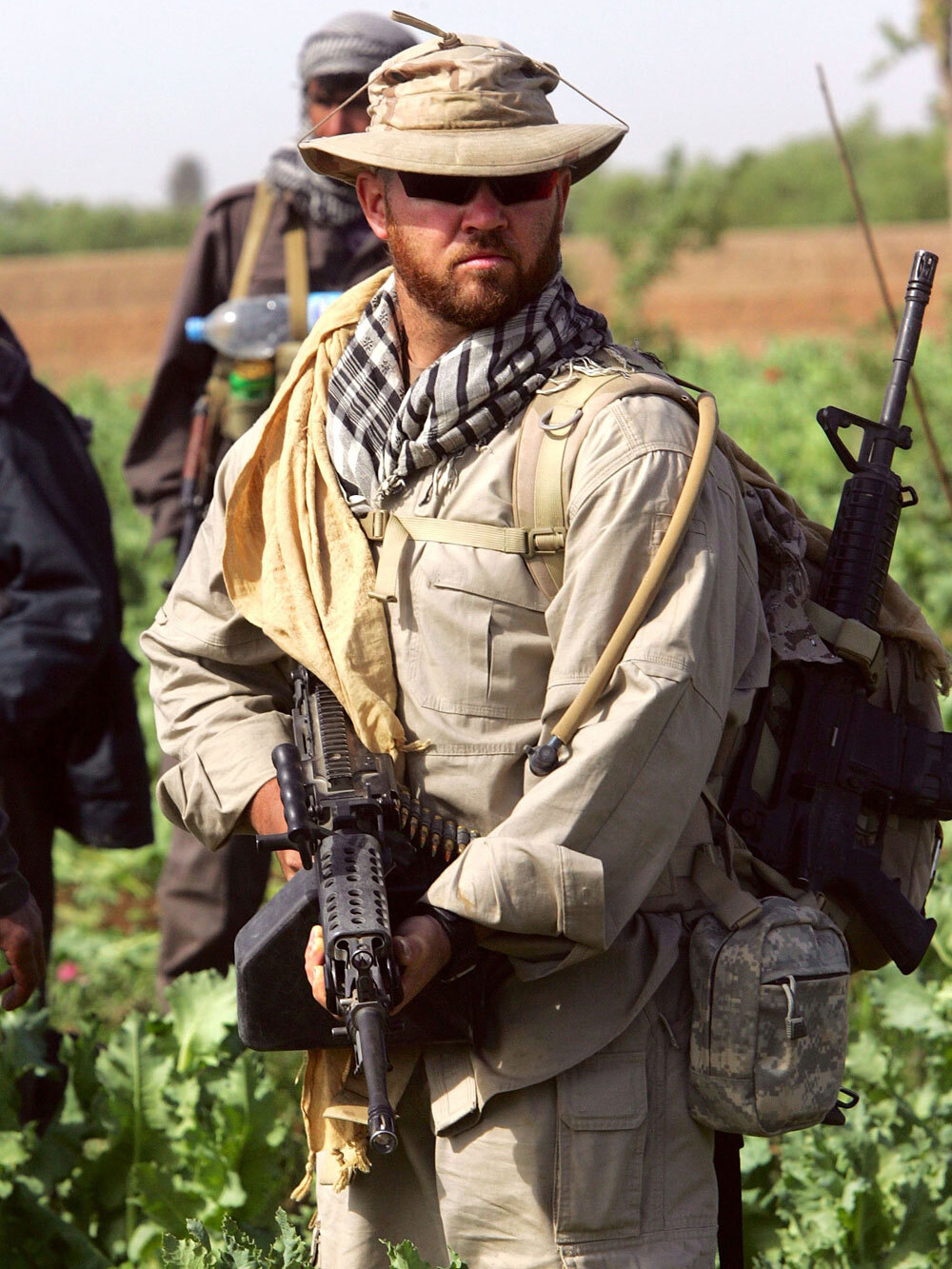 An American security contractor for DynCorp walks through an opium poppy field in Helmand province, southern Afghanistan, in 2006.

New assessments of U.S. war operations in Iraq and Afghanistan suggest that the total force commitments there are approaching a level comparable to the Vietnam War, if military contractors are included in the tally.

At its peak, the U.S. effort in Vietnam involved more than 500,000 personnel. As of September this year, a total of about 280,000 U.S. military members were deployed in Iraq, Afghanistan and neighboring countries.

The Iraq and Afghanistan totals, however, do not include people hired to work for the U.S. military as cooks, drivers and security guards, or in other support roles. Such jobs were largely filled by military personnel in Vietnam, meaning comparisons between the wars can be deceptive. With contractors included, a total of 522,230 personnel are engaged in the overall U.S. war effort from the Middle East to Afghanistan, according to a report released this week by the Congressional Research Service (CRS), using data from September 2009.

The increased use of military contractors, according to the CRS report, "frees up uniformed personnel to perform combat missions." In addition, contractors can be hired and deployed relatively quickly and may provide expertise that is in short supply within the uniformed military services. Plus, it saves money. "Hiring contractors only as needed can be cheaper in the long run than maintaining a permanent in-house capability," the CRS noted.

Among the areas where contractors in Iraq and Afghanistan now provide services are construction, food service and transportation. Mostly gone are the days when soldiers did KP duties (kitchen patrol) in the mess hall or worked as truck drivers. Armed contractors are even performing sensitive security roles.

During the Vietnam War, there was just one outside contractor for about every eight uniformed U.S. military members. These days, the ratio is about one contractor to one service member. The 30,000 new U.S. troops headed for Afghanistan will likely be accompanied by 26,000 to 56,000 contractors, according to the CRS report.

There are drawbacks to the increased use of contractors, however. In Iraq and Pakistan, the U.S. image suffered when military contractors working for the firm previously known as Blackwater were accused of rogue behavior ranging from unauthorized commando raids to murder.

"It's not to say that contractors are necessarily doing a lot of those things that they're often accused of," says Schwartz. "But the charge does seem to get some traction in some quarters. The perception sometimes becomes a very important issue." (Schwartz clarified that his views are his own and not those of the CRS.)

In Afghanistan, the U.S. military has avoided some problems by hiring Afghans for many contractor positions. This practice, however, has raised concerns of its own. Some local officials have complained that the U.S. military pays its Afghan contractors more than the Afghan government pays its own policemen and soldiers, making it harder to find and hire qualified Afghan security personnel.

"If you're an Afghan, and you can make more money cooking for American troops than you can make taking up a gun to fight the Taliban, I'm betting they're going to cook for the troops," said Sen. Claire McCaskill of Missouri, speaking Thursday at a Capitol Hill hearing on contracting in Afghanistan. "If our entire mission is to build up the Afghan military and the Afghan police," she asked, "how do we accomplish that if we're paying our contractors more than those military or police make?"

The Pentagon officials to whom she directed the question said they were not familiar with the pay scales in Afghanistan.

The CRS study on contracting in Afghanistan was first reported by the Web site Talking Points Memo.