Accessibility links
Not-So-Gourmet: Tales Of The Sparkling Rum Cake Commentator Caroline Langston's mother was a terrible cook. But there was one dish on the Christmas menu where her mother's passion shone: the annual rum cake. With a recipe that called for Bacardi dark rum, this simple dessert entered the realm of the metaphysical and magical. 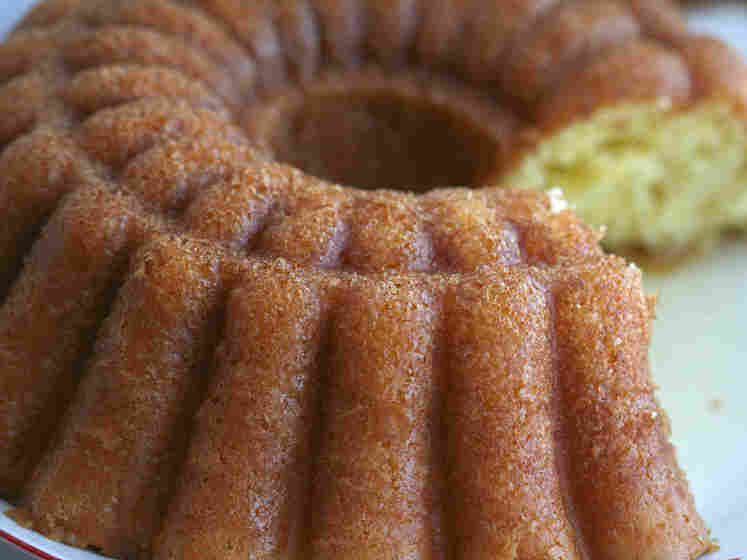 Golden, moist, and delicious ... how could you possibly resist the pleasures of rum cake? iStockphoto.com hide caption 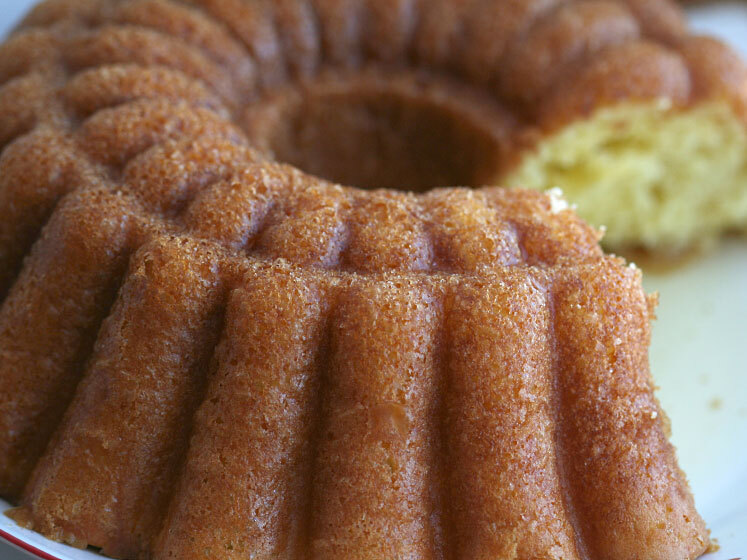 Golden, moist, and delicious ... how could you possibly resist the pleasures of rum cake?

My mother was a terrible cook. Weeknights were bad enough: "Dinner," in our pine-paneled house, meant a pack of "minute" steaks, Jell-o, and a can of English peas dumped into a saucepan and heated on the stove. I don't blame her: In another era she might have gone to law school and just bought carryout, the way I do sometimes, or married the kind of man who does the cooking, like all my friends.

It was the worst at Christmas — you know, the magical holiday table groaning with goodies that motherhood mythology primes us for. Sugarplums and rich roast beef and all the homemade pies. Every year I asked my mother to bake the gingerbread house from the Time-Life Foods of the World cookbook, and every year she refused.

Instead, each Christmas we sat down to the same bland Butterball turkey that no toll-free number could save, the same dried-out cornbread stuffing, the good crystal glasses filled with iced tea because we were Southern Baptists who didn't drink. Even way back then, my siblings and I were plotting to be the kind of people who were going to feast differently — with wineglasses brimming cabernet, Stilton cheese, and a tray of toast points and caviar. Nobody was going to call us unsophisticated. And as soon as my sisters were old enough to take over the cooking, the innovations began.

The batter was glossy, fragrant, and golden. The cake, when it finally came out of the oven, was subtle, light and buttery.

But there was one dish on our Christmas menu where my mother's passion shone: her annual rum cake. The recipe itself, clipped from a women's magazine, was hardly exotic: yellow cake mix, a box of vanilla pudding, eggs, and more — and you can find it online in the space of five seconds.

Caroline Langston is a writer and mother of two in Cheverly, Md. Brian Jarboe hide caption

But because it called for a half-cup of Bacardi rum, this simple dessert entered the realm of the metaphysical. My mother giggled as she prepared to make her annual trespass beyond the walls of the Discount Package Store on Highway 49, the kind of place she usually said that "no lady had any business going into."

She came home holding the twisted paper bag as though she'd found a treasure, then pulled out her heavy Nordic Ware Bundt pan and got to work. The batter was glossy, fragrant, and golden. The cake, when it finally came out of the oven, was subtle, light and buttery. The very taste of it today can bring my childhood flooding back to me.

My mother has Alzheimer's now, and has no memory of the rum cake, or any of the other meals she once cooked. This year, I will make that rum cake in her honor, serve it alongside the Stilton and the cabernet. I will remember her bustling in the kitchen, her face smiling with surprised joy.

Caroline Langston is a writer and mother of two in Cheverly, Md.

I have made this cake many, many times. It not only is the perfect dessert, but I've had house guests who wanted it for breakfast. My husband keeps threatening to use it for French toast. I personally think it'll never get dry enough, as it stays moist for a long time. The longer this cake sits, the better it tastes. The cake freezes beautifully, and many have been shipped to soldiers overseas. They got there just fine.

Cake: Preheat oven to 325 degrees F. Grease and flour 12-cup Bundt pan. Sprinkle nuts on bottom of pan. Combine all cake ingredients. Beat for 2 minutes on high with electric mixer. Pour into prepared pan. Bake for 1 hour. Cool in pan. Invert on serving plate. Prick top with fork. Drizzle glaze over top of cake. Use brush or spoon to put extra dripping back on cake.

Glaze: Melt butter in saucepan. Stir in water and sugar. Boil 5 minutes, stirring constantly. Remove from heat and stir in rum. Note: The rum will cause steam. Be careful not to burn yourself.

*I use milk for added nutritional value. Water may be used instead.