Hurricane Katrina closed most New Orleans schools for an entire year. Many buildings were destroyed or had to be abandoned, including Andrew Wilson Elementary School in Broadmoor, a working-class area that was hard-hit by the storm.

But on Jan. 4, 2010, a beautiful new school will open its doors to a neighborhood that is still recovering. 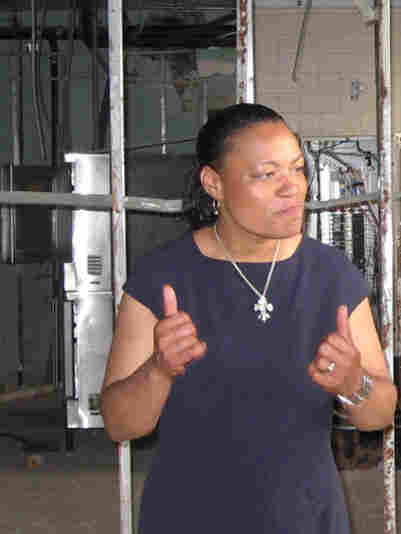 In February 2007, Broadmoor activist LaToya Cantrell promised to rebuild Wilson Elementary School. The basement of the building was flooded during Hurricane Katrina, and the building was crumbling due to neglect. Larry Abramson/NPR hide caption 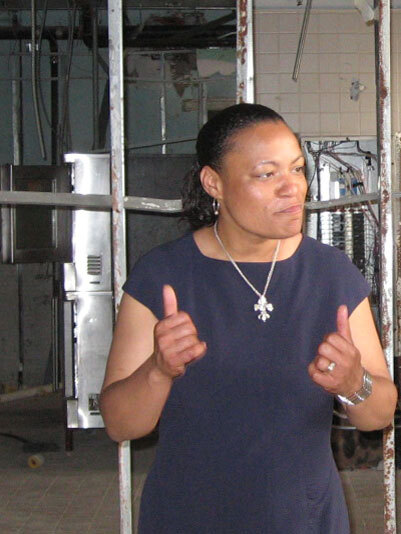 In February 2007, Broadmoor activist LaToya Cantrell promised to rebuild Wilson Elementary School. The basement of the building was flooded during Hurricane Katrina, and the building was crumbling due to neglect.

Three years ago, neighborhood organizer LaToya Cantrell gave a tour of the old school building. Hurricane Katrina had flooded its lower level, then the school sat abandoned for months and was crumbling. This once-grand edifice was neglected before the storm, and as a school it was not known for high achievement. Cantrell vowed to rebuild the school and its reputation.

"Regardless of who the babies are in the classroom, quality learning will happen," she said in 2006.

Now her dream is nearly fulfilled. Wilson Elementary has been rebuilt, complete with a huge addition. A couple of weeks ago, principal Sheila Thomas welcomed teachers to their future home.

By tradition, most celebrations in this freewheeling city must be accompanied by alcohol. But Thomas had to apologize for the abstemious offerings.

"I wanted to have wine and cheese," she said. "But I knew just as sure as I brought wine into the building, that we'd lose our charter next week."

Teachers laughed, then surged up the stairs to look inside the building, which was still receiving finishing touches. 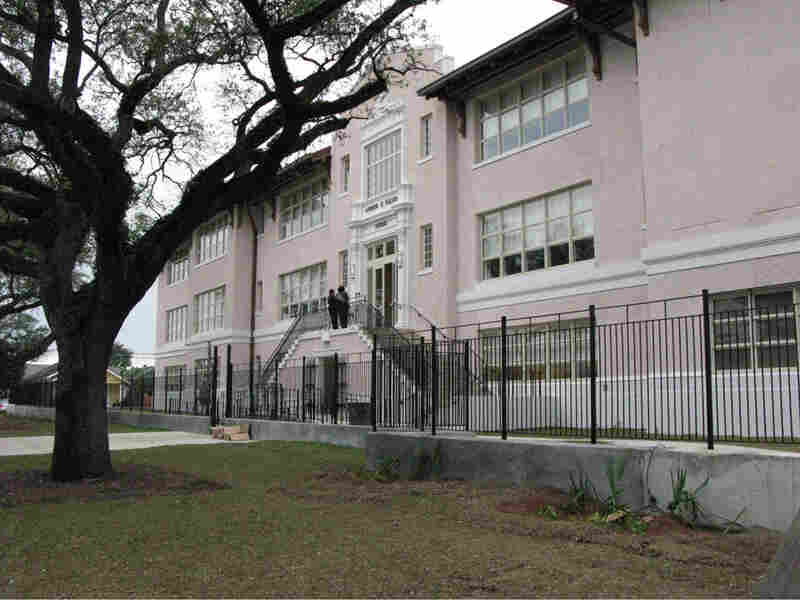 Four years after Katrina, Wilson Elementary School will reopen with a new addition, a new principal and a new crop of children. Larry Abramson/NPR hide caption 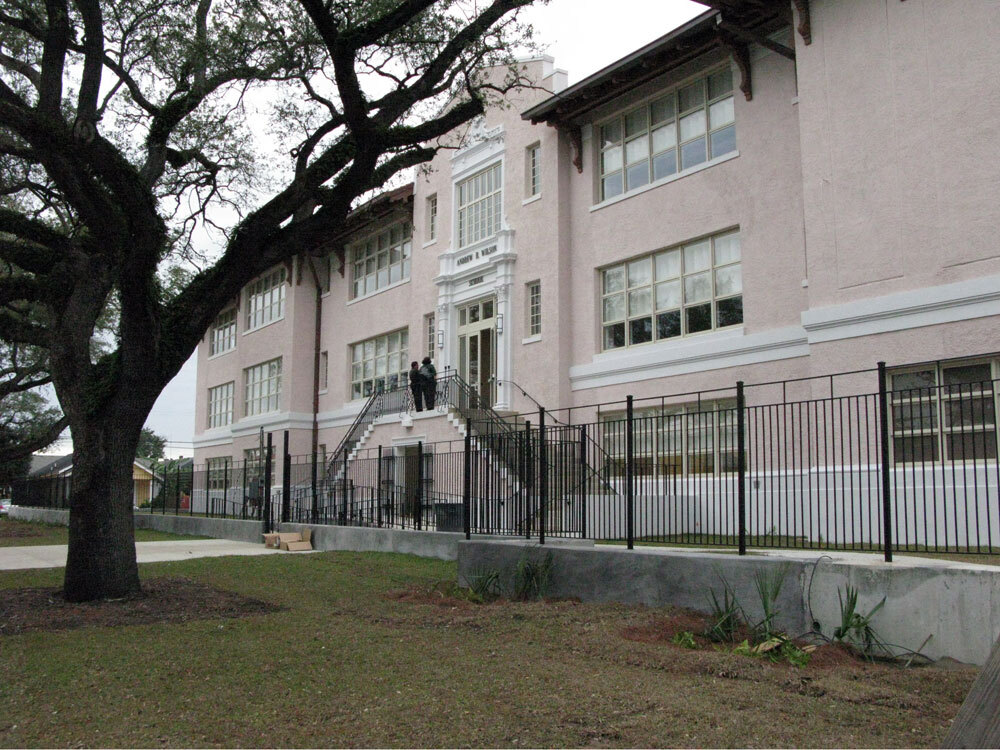 Four years after Katrina, Wilson Elementary School will reopen with a new addition, a new principal and a new crop of children.

Thomas came out of retirement in 2007 to head Wilson Elementary at its temporary home a few miles away. Local activists waged the fight of their lives, convincing state, local and federal authorities to spend $30 million rehabbing the school. They turned the stately but tired building into a dream of a school — light-filled, high tech, souped up with all sorts of eco-friendly features.

For teachers like Gwindalyn Bellizan, the transformation is a miracle.

"It's overwhelming, it's very overwhelming," Bellizan said as she and her colleagues snacked on vegetables and cheese. Bellizan is hoping to return to the same room she taught in before Katrina hit.

The rebirth of this school is part of a larger effort to rebuild and rejuvenate this community. Organizers want the school to be the centerpiece of an "education corridor," including a refurbished library they hope to begin work on in February. Nearby, a fine arts and wellness center is planned.

At one point, city leaders talked about turning the area into green space. But the Broadmoor Improvement Association put a stop to that, and now says that 85 percent of local residents have returned. Many of the bungalows that line the narrow streets are newly painted, and the entire area has been transformed since the flooding.

After a couple of heartfelt speeches, teachers and staff toasted LaToya Cantrell, the woman who spearheaded this effort. They raised their plastic glasses of sparkling cider, and dug into a green and gold cake that saluted their recent designation as a high-achieving school. Then teachers scurried off to check out their new classrooms, where the paint still sparkles and the furniture is still free of little fingerprints, for now.