Accessibility links
Ron Free: Drumming Lost In Time, But Not On Tape In the 1950s, the brilliant young drummer Ron Free quickly found himself playing with his New York jazz heroes. His career later derailed due to personal problems. But a previously unheard stash of home recordings has allowed him to review his own rise and fall.

Drumming Lost In Time, But Not On Tape 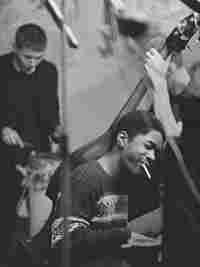 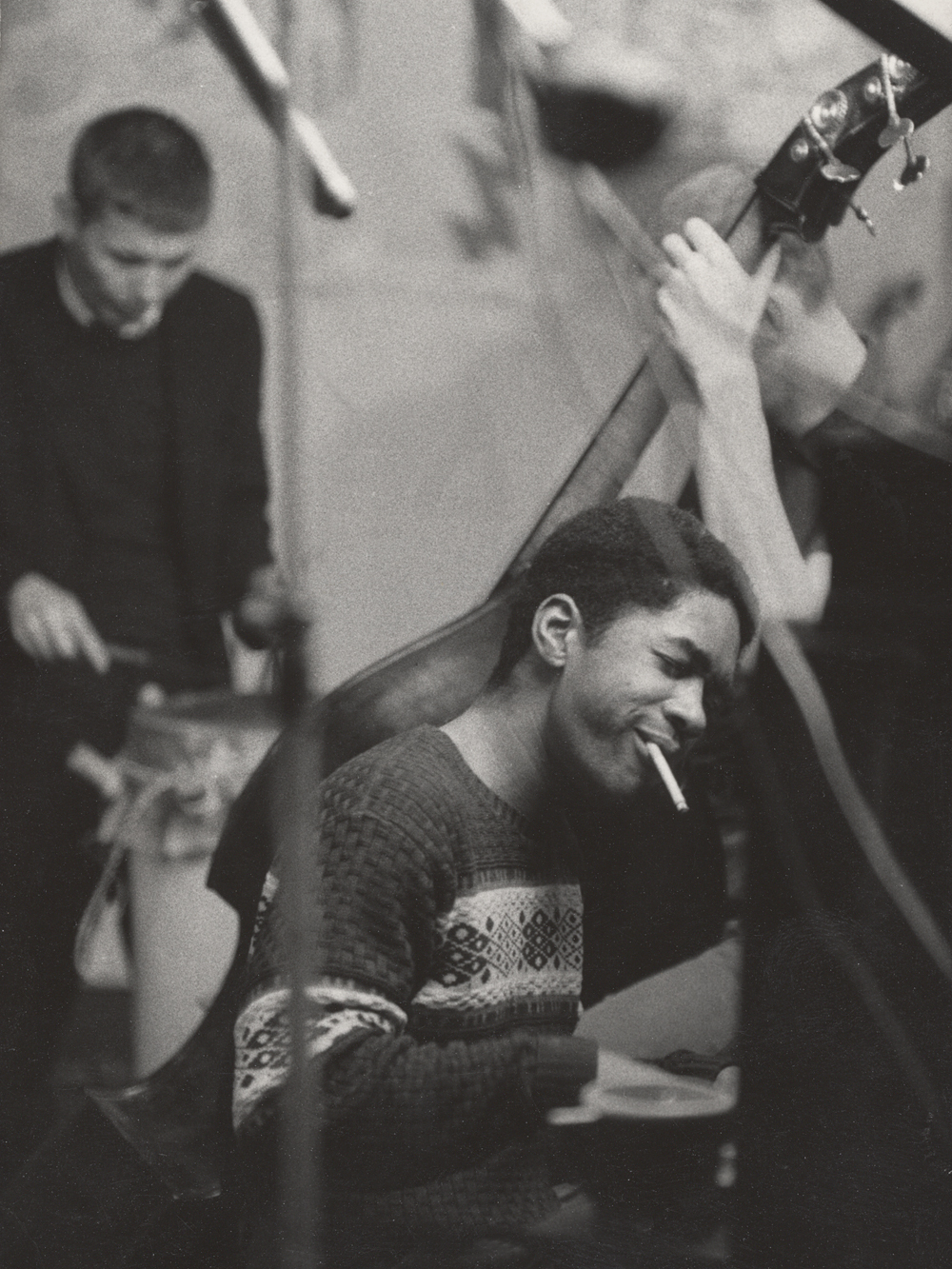 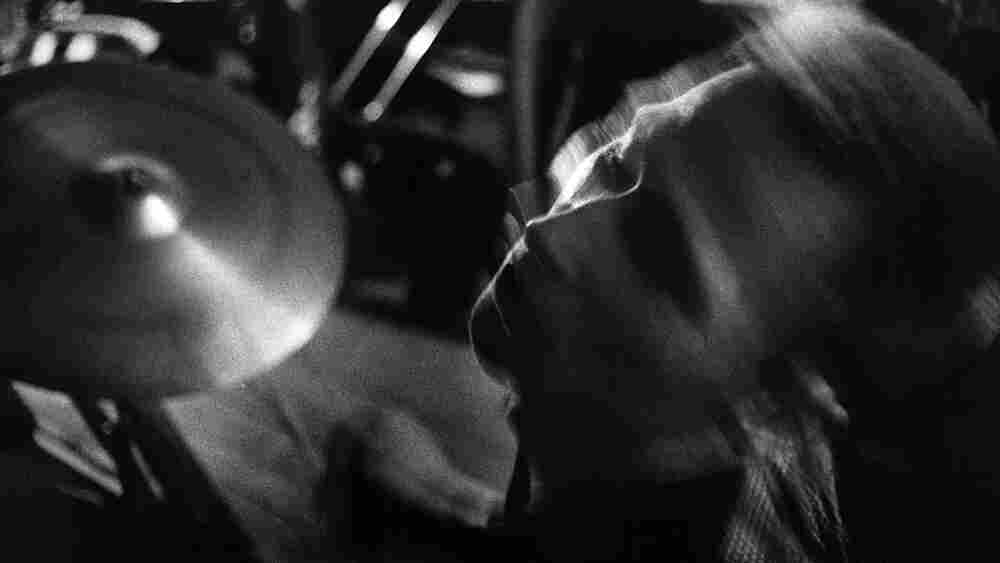 Ron Free was literally the drummer-in-residence at the Jazz Loft: he lived at 821 Sixth Avenue for several years. W. Eugene Smith/©1957-1965, 2009 The Heirs Of W. Eugene Smith hide caption 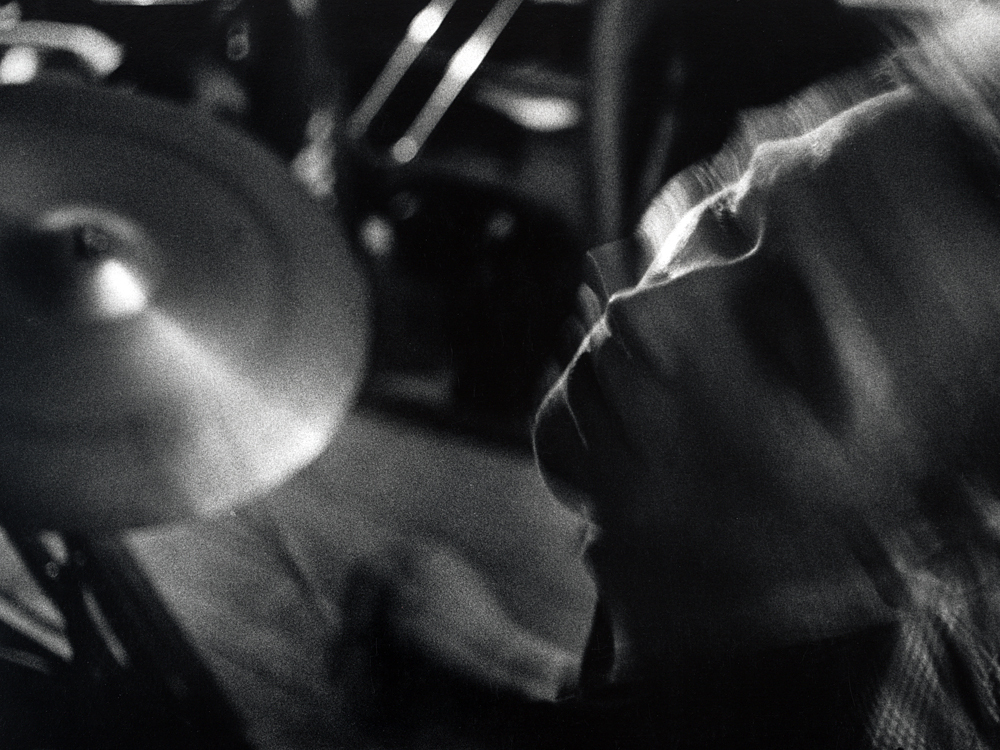 Ron Free was literally the drummer-in-residence at the Jazz Loft: he lived at 821 Sixth Avenue for several years.

The building known as the Jazz Loft was in a commercial district, so after 6 p.m. there were no neighbors to worry about. It was located in between midtown and downtown Manhattan, on the way to everywhere, from everywhere.

But there were other characteristics that made 821 Sixth Avenue the place to come, hang out and play all night.

"I think it became the Jazz Loft because of the pianos that were there," says Sam Stephenson, author of the new book The Jazz Loft Project. "There were four pianos. It was a place where musicians knew that they could go and find tuned pianos. There were drums there."

There was also an unofficial drummer-in-residence. That was Ron Free. He went by Ronnie Free back then.

Free turned out to be one of the anchors at the Loft from 1958 to 1960. He was dedicated to drumming.

"For one period of time, I kind of holed up in Gene Smith's loft, and didn't even go out, and stayed there and jammed for, I don't know, several weeks," he says.

At The Feet Of The Masters

Free had had a prodigious, rather miraculous career up to that point. By the time he was 8, growing up in Charleston, S.C., he knew that drumming was what he wanted to do. He'd picked up enough technique to start playing in local clubs by age 12, and at 18, still hell-bent for drumming, Free headed for New York.

"I wanted to kind of study at the feet of the masters, so to speak," Free says. "But I started getting gigs pretty quick, much to my amazement."

As a young player, he made a few commercial recordings. And after the paying gigs and recording sessions, sometimes at 3 a.m., he'd wind up at the Jazz Loft to jam.

"He had just a beautiful, beautiful touch," Swallow says. "Ron always seemed to be able to draw sounds out of whatever drums were available that was very personal and very musical."

"I never heard a drummer address the set of drums the way he did," Frishberg says. "He was a freakishly good drummer and a complete natural."

Ronnie Free, very young, very good drummer from Charleston, was on the rise. He was also slipping into another kind of life.

"I was — I think at the time that I was hanging out at Smith's, I might have been homeless at that particular period, because I had sunk to some pretty low levels economically and mentally and so forth," Free says. "But meanwhile my music was — I put all my eggs in that basket, and that was my total focus."

Free's childhood dreams of the music world were slipping away — due in part to substance abuse.

"When I was about 12 years old, for example, a friend of the family took me to New York and I went to Birdland and I heard Erroll Garner's trio," Free says. "And he had a drummer named Shadow Wilson. And Shadow just totally dazzled me with his brush work — I mean catching all the licks with Erroll and the bass player — and so that made a profound impact on me. And so Shadow was one of the first people I met when I moved to New York years later and someone introduced us.

"Turns out that Shadow was a junkie — so was the bass player that was with Erroll Garner, John Simmons, and so we used to all hang out. And I got sucked into that because they were my childhood heroes, so it wasn't much of a stretch. I'd always smoked a little grass here and there, but Shadow introduced me to smack.

"Meanwhile, [Wilson had] basically lost all interest in music and so he would send me out to sub on jobs that I would have died for and he could have cared less. Well, that's the price of idolatry, I guess, you discover those clay feet, sooner or later. And so I was living the dream on one hand and it was not at all like I thought it would be, so I was heartbroken on this very deep level."

By now addicted to heroin, Free slept on a lounge chair in Gene Smith's studio, though he continued to play gigs with the idols he'd heard as a kid. Chico Hamilton; Woody Herman; Lena Horne; Marian McPartland. All the time, he was walking a thin line.

"I was following in the feet of my gurus, and in the process of chasing the 'Bird,' Charlie Parker, I wound up in Bellevue [Hospital], where he did a little stint there," Free says. "So did Charlie Mingus; any number of jazz icons ended up in Bellevue. Any respectable jazz man has to pay those dues, I guess.

"Anyhow, here I am in Bellevue looking at these magazines and reminiscing, and it had a picture on the cover of Lena Horne, and I kinda teared up and tears were kinda streaming down my cheek and one of the attendants saw me and came up and says: 'What's the matter with you, man?' And I said, 'I don't know. Just looking at my old boss there. I used to work with Lena Horne.' And he looked at the picture, and he looked at me, patted me on the back, and said 'Uh huh ... yeah, OK ... you take it easy now.'"

A Career In Review, And On Rewind

In 1960 Ron Free left the loft, and New York City. And gradually kicked his drug habit.

"I quit playing altogether after a while," he says. "And I went 10 or 12 years without even playing, without listening to jazz because it was too painful to listen to it and not be a part of it."

But eventually, Free did come back to music, and managed to find work as a drummer — if not at the same heights he'd reached before. Sometimes even Free himself wondered, looking back on that period, whether he'd really played as well as he'd thought. Whether he had been so close to the top.

Then the tapes were discovered in the Smith Archive — and he could hear it for himself.

As for his idols who may have played a role in pushing him towards a drug habit, Free says he looks back "with great compassion."

"They were trapped, doing the best they could under the circumstances that they found themselves," he says. "Racism was a big part of it, I think, back in those days. Shadow [Wilson] and John Simmons, they were black guys. And they grew up with the contradictions of being jazz heroes on the one hand and being the n-word. That does not compute."

So, by way of the Jazz Loft tapes, Ron Free — who a half-century ago, was Ronnie Free, a terrific drummer seminal to the scene — had the rare opportunity to review his own rise and fall.

"It was quite a ride, I tell you," he says. "Wouldn't trade it for the world. Wouldn't want to do it again, but I learned a lot, and it was just incredible experiences."