Accessibility links
A Climate Accord Bitterly Sealed In Copenhagen World leaders reluctantly agreed to a global effort to limit the effects of greenhouse gases.

A Climate Accord Bitterly Sealed In Copenhagen

A Climate Accord Bitterly Sealed In Copenhagen 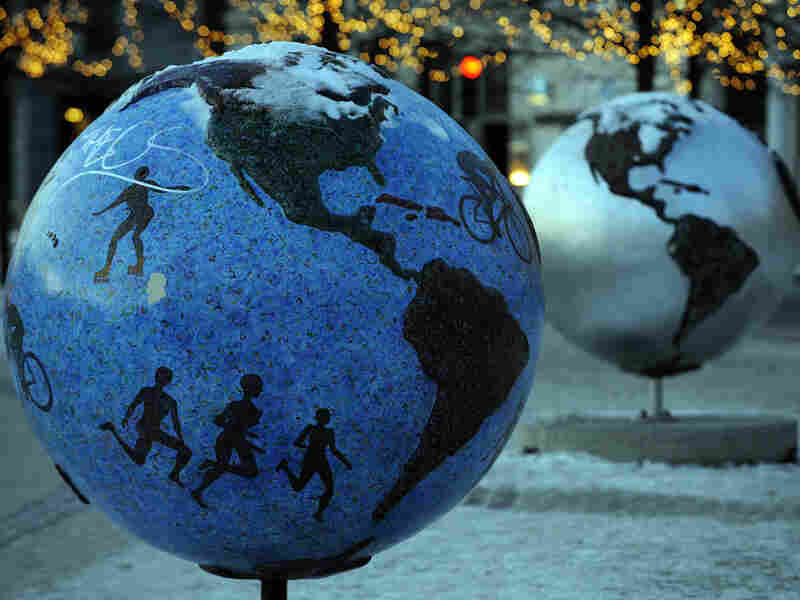 Two globes that are part of the "Cool Globes" exhibition about combating global warming and climate change in the Kongens Nytorv area in the center of Copenhagen. Oliver Morin/AFP/Getty Images hide caption 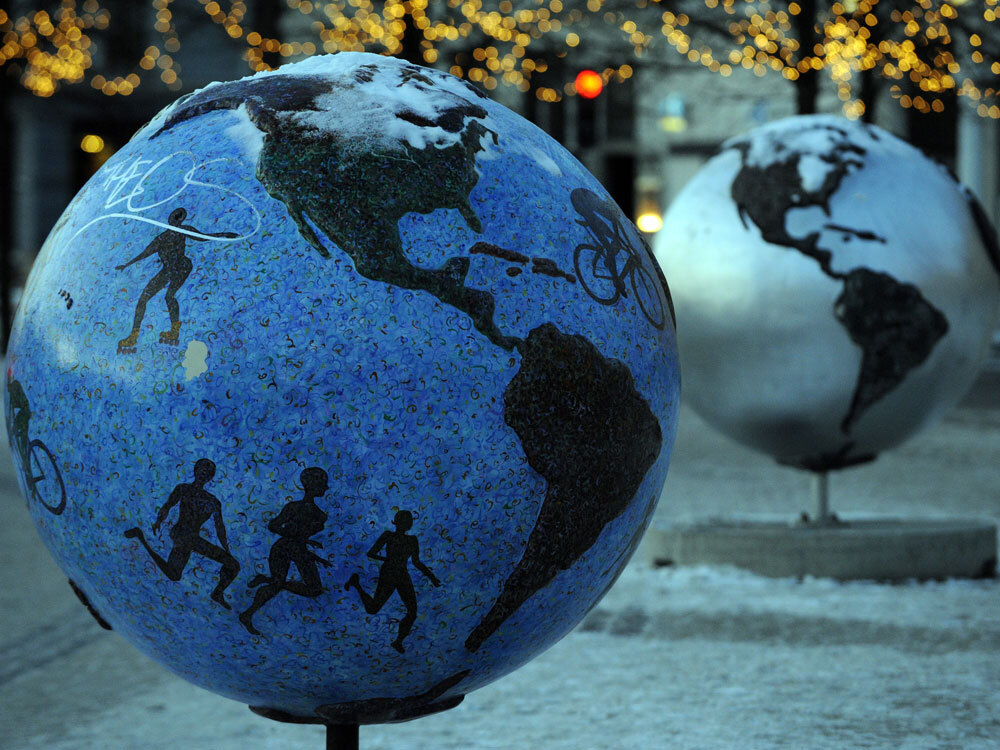 Two globes that are part of the "Cool Globes" exhibition about combating global warming and climate change in the Kongens Nytorv area in the center of Copenhagen.

Faint words of hope trailed after a bitterly agreed-upon climate accord in Copenhagen today.

"Finally, we sealed a deal," U.N. Secretary General Ban Ki-Moon said. "The Copenhagen Accord may not be everything everyone had hoped for, but this decision is an important beginning."

Following an all-night session, negotiators from 193 countries reached consensus on supporting a deal brokered yesterday by President Obama and leaders from China, India, South Africa and Brazil. The five-party agreement — three pages of broad brushstrokes — was criticized by the industrialized nations of Europe and bitterly denounced by some developing nations of Africa and Asia. Still, the gathered world leaders reluctantly agreed to continue the global effort to limit the effects of human-caused carbon emissions on the world's climate.

Key components of the core five-nation deal call for keeping temperatures from rising by more than 2 degrees Celsius (3.6 degrees Fahrenheit) by 2050; creating a $100 billion-per-year fund by 2020 to help poor nations deal with the effects of climate change; and establishing some means of verifying if nations are doing their part to hold down carbon emissions.

President Obama was in Copenhagen for less than 24 hours. While in the Danish capital, Obama held a hurried series of bilateral and multilateral meetings with leaders from around the world, with all sides engaged in last-minute brinksmanship to avoid leaving Copenhagen empty-handed.

In the end, before a hurried trip home to beat a snowstorm sweeping up the East Coast, Obama claimed success: "For the first time in history," the president said, "all major economies have come together to accept their responsibility to take action to confront the threat of climate change."

The wheels of Air Force One were hardly off the ground before complaints were hurled at the five-nation agreement. European nations felt snubbed for not being primary parties to the deal, although they had been closely consulted in the closing frenzy of negotiations.

The Europeans also now find themselves alone in having settled on firm commitments to reduce carbon emissions.

Developing countries expressed outrage that threats to the very existence of some nations were ignored. A session that carried into the early hours of this morning hit a low point when a Sudanese delegate compared the five-nation agreement to Holocaust, because it would leave small island nations at risk of being submerged by rising seas and that large swaths of Africa would be turned into agricultural wastelands as temperatures rise.

On a more moderate note, the president of the tiny island nation of the Maldives, Mohamed Nasheed, urged adoption of the agreement by all participating nations. Failure to do so, he argued, would risk postponing for years any prospect for progress on limiting global warming.

The Chinese put a positive spin on the outcome. Xie Zhenhua, head of China's climate delegation, said "the meeting has had a positive result, everyone should be happy."

Obama, while claiming that the deal he reached marked significant progress, also acknowledged that much more work is needed. "Going forward," he said, "we're going to have to build on the momentum that we've established here in Copenhagen to ensure that international action to significantly reduce emissions is sustained and sufficient over time. We've come a long way, but we have much further to go."