Accessibility links
Sing, Muse, Of The 'Jeopardy!' Three-Way Tie Every month, John Wood and a bunch of his musician friends get together to make a new album from scratch. This month, the theme is the first event of its kind in the history of a television game show — adapted as a Greek myth.

Every month, John Wood and a bunch of his musician friends get together to make a new album. From scratch. 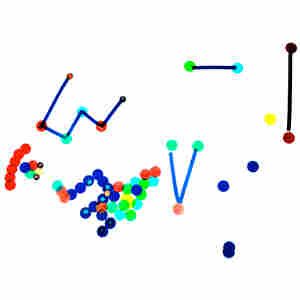 The album art for (a telling of) The Greatest Event in Sports History. courtesy of Learning Music Monthly hide caption 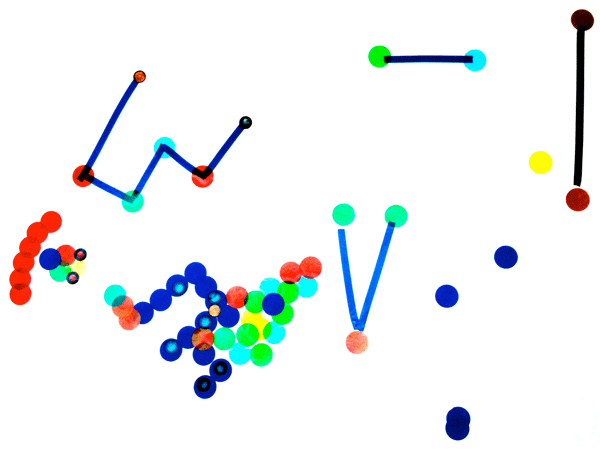 The album art for (a telling of) The Greatest Event in Sports History.

Songs From The Album

The project is called Learning Music Monthly, and Wood is the "editor in chief." He's also a keyboardist who travels around the world, playing for artists like Sebastien Tellier and Inara George.

Wood was in his living room, sitting on the couch, watching Jeopardy!. It was the final round, and two of the contestants were tied with $16,000 each, leaving the last contestant –- Scott Weiss, a computer science professor from Maryland — in a classic Jeopardy! situation.

Only the winning contestant gets to keep the money and play on. So all Weiss had to do was bet enough to beat the others by at least one dollar. Instead, he bet enough to bring his score to exactly $16,000, creating the first three-way tie in the history of the show.

Back in his living room, Wood was stunned.

"My wife was in the kitchen making dinner, and I definitely yelled out, 'There's a three way tie on Jeopardy!' " he says. "I think my wife was not as impressed as I was."

Wood thought it was a fantastic act of sportsmanship. "I thought about it a lot in the last two years," he says.

Which brings us to this month's album. It's called (a telling of) The Greatest Event in Sports History. And it's the story of that episode of Jeopardy!. Sort of.

As a twist, Wood decided to set it inside one of the Double Jeopardy categories from that episode: Ancient Greece.

"In our version, the Greek gods are sort of bored, so they send Athena down to convince these mortals to battle each other," Wood says. "So she disguises herself as this beautiful woman who goes by the name Jeopardy, and she convinces these three men to fight for her hand and for riches and fame. And Alex Trebek is the curator of these games."

On this album, all three contestants get a song, including the hero of the story: Jeopardy rebel and intrepid puzzle solver Scott Weiss, whose character sings, "A puzzle is the greatest thing / Like life in logic codes and clues / An answer posed for questioning / The odds and gods assume two lose."

The real Scott Weiss had no idea someone decided to write an entire album about him. He only found out a few weeks ago, when a friend e-mailed him a link to it.

Weiss says his first reaction was befuddlement. "I was like ... what? Excuse me?" he says.

He didn't know what to make of it –- it seemed flattering and, at the same time, odd that someone would choose to portray him in song based on a brief appearance on a game show.

"I think some of the people I talked to about it called it stalker-y," he says. "This guy writes on his Web site, I'm the hero of this musical, my character has a solo in it — it's perplexing to me. I mean, it's wonderful, but it's perplexing."

Wood says he hadn't thought about how the actual contestants would react -– he was using them as characters in a story he was trying to tell with a simple message.

"Maybe if we all saw the world like I assume Scott Weiss does, then more fun things like this could happen," Wood says.

And even if the album weirded out Weiss a bit at first, he admits that Wood figured him out pretty well.

When he made that three-way tie happen, he wasn't using some crazy new strategy. And it wasn't a mistake. He did it because he thought it would be fun.

"There was this cool thing that had never happened before, and that was worth doing," he says. "The whole ancient Greece thing is a little weird for me, but I enjoyed it; I really loved it."

So not only did Weiss beat the system and make history — he also was immortalized in song. And he won a lot of money, which isn't bad, either.