Accessibility links
Make Time Fly And You'll Have More Fun Everyone knows that "time flies when you’re having fun," but a new study suggests that the reverse is also true. Researchers tricked people into thinking that either time was flying … or dragging. Those who thought time had "flown by" rated their experiences as more fun. 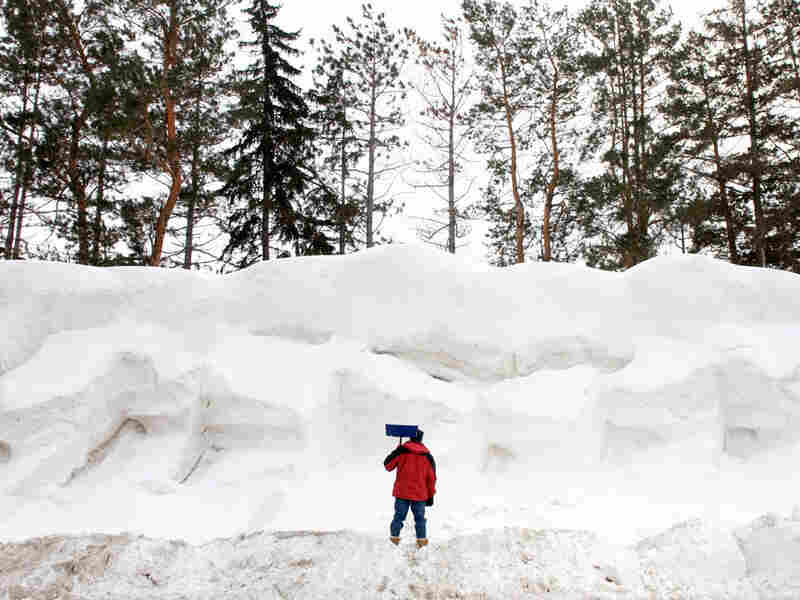 New research shows that people rate an activity as more fun when they were tricked into thinking time flew by during the task. Could this method even make chores like shoveling snow seem more fun? Jonathan Kirn/Getty Images hide caption 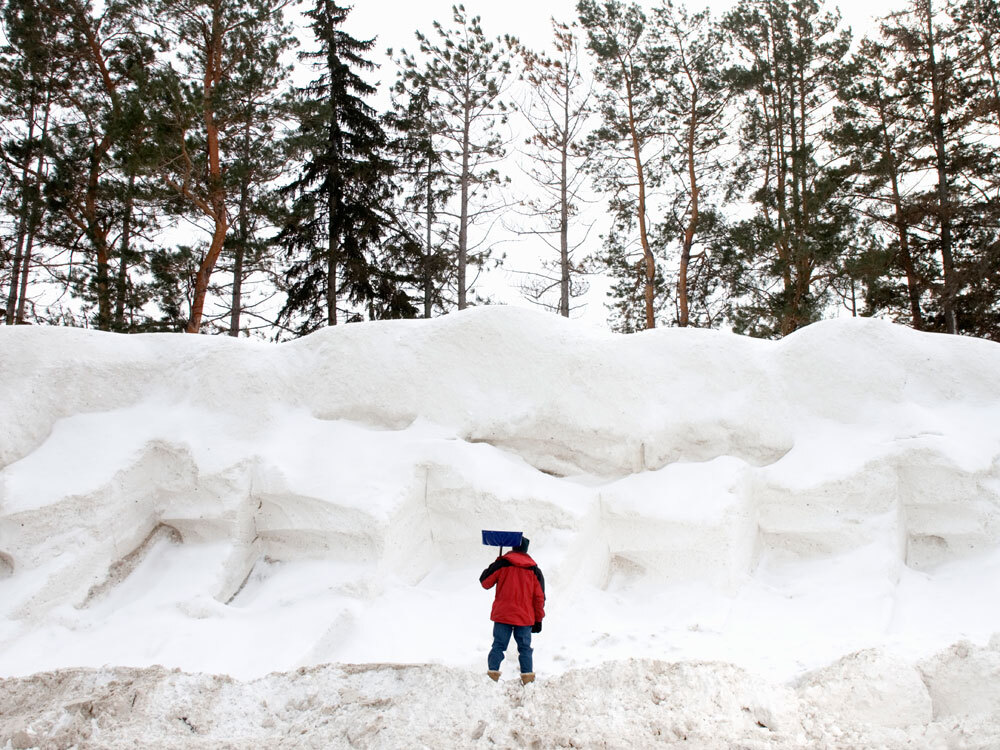 New research shows that people rate an activity as more fun when they were tricked into thinking time flew by during the task. Could this method even make chores like shoveling snow seem more fun?

Everyone knows that "time flies when you're having fun," but a new study suggests that the reverse is also true.

When people are tricked into thinking that time has "flown by," they react to their surprise at the passage of time by assuming that it means they must have been having fun, says Aaron Sackett, a psychology researcher at the University of St. Thomas in Minneapolis.

Sackett recently did some experiments to see whether people's sense of having fun, or not, might be affected just by how fast time seemed to be going by.

After all, he knew that fun isn't the only thing that can make time seem to speed up, Our sense of time can be influenced by things like drinking coffee, or being on an adrenaline rush. "Would people draw maybe false conclusions about how much they enjoyed an experience based on simply the perception that time had 'flown by' or 'dragged by' during it?" Sackett wondered.

He wanted to test this in the lab, but he knew he couldn't change the actual speed of time itself. "What we had to do instead is focus on speeding up or slowing down the perceived, or felt, passage of time from an individual's perspective," he explains.

He and his colleagues basically did this by lying to people. University students would come into their lab. Their cell phones would be turned off and their watches set aside, supposedly so they could better concentrate on a little task. They were told to read a text and underline all words with double letter combinations, like apple or mammal.

Everyone was going to be doing this task for exactly 10 minutes, Sackett says.

"But that's not what we told them," he says. "We told half of our participants that they were going to be spending less time than that" — only five minutes. The other volunteers were told that they'd be doing the task for 20 minutes.

These little deceptions created a feeling of surprise in the study participants later on, when they were told that their time was up. "For participants who thought that they'd only been doing this task for five minutes, what they're thinking is: 'My gosh, those five minutes seemed to last forever; it felt more like, say, maybe 10.' " Which, of course, was exactly how long it lasted — although they couldn't know that.

Meanwhile, the people who thought they'd been working for 20 minutes had the opposite sensation. "They're thinking, 'Jeez, those 20 minutes really breezed by,' " says Sackett.

Then Sackett and his colleagues asked people how much they enjoyed this mundane task. "People who thought that they spent 20 minutes on this 10-minute task, for whom those 20 minutes, in their mind, flew by, rated the task as much more enjoyable, as more fun, and just overall more positively than did participants who felt as though time dragged by," he says, even though both groups of people had actually had the exact same experience.

To see if this effect was truly real, the team did some additional experiments. To see if fun things could be made even more fun, the researchers had people pick their favorite song. As they listened, a little clock on the music player counted the seconds. But this timer was secretly rigged — either slightly sped up or slightly slowed down.

"When we instigated this sense that 'time flew by' while they were listening to the song, they rated it even more positively than they otherwise would have," says Sackett.

The sense of 'time flying by' also seemed to make annoying things less annoying. In another study, the researchers misled people about how long they'd be listening to some unpleasant sounds. When people were made to feel that time had dragged by, they reported really hating the sounds. "But in the 'time flies' condition, they just sort of slightly disliked it," says Sackett.

The question is, why? Sackett suspected that when people were surprised by the way time flew, they fell back on the old cliche and assumed that the reason for their mistaken sense of time was that they must have been having fun.

And here's how he tested this theory. He again did that same experiment with people underlining certain words. But this time he had people wear earplugs. Then it was casually suggested to some of them that earplugs might affect a person's sense of time. It turned out that for those people, there was no "time flies" effect.

"It was like they no longer needed to make that attribution that 'Time was flying, I must have had fun,' " explains Sackett. "Instead, they said to themselves, 'Well, time was flying because I had earplugs in.' "

A report on these studies is being published in the journal Psychological Science.

"It's the first [experiment] that I know of that has done something like this, where, you know, it's manipulated time and looked at people's enjoyment," says Larry Sanna of the University of North Carolina, Chapel Hill, who edited a recent book on how time affects judgment, feelings and behavior.

He says these "time flies" studies are very clever and novel, but it's not clear yet if the findings will have any practical applications.

Here's one implication: People often lament that a holiday or vacation is over too soon: It seemed to fly by so fast! "My research findings, however, suggest that once people are back home, the fact that they felt that time flew during their vacation is likely to increase their remembered enjoyment of the experience," Sackett notes. "Thus, while the end of a vacation may be bittersweet, the faster it comes, the more pleasant we'll remember the vacation as being."