Accessibility links
A Slow Surrender To Winter Winter's harsh cold is not the ideal condition for flourishing plants, budding flowers or thriving spring life. For essayist Julie Zickefoose, this reality was hard to fight. It took withering blossoms and decaying insects for Zickefoose to understand the finality — and beauty — of winter. 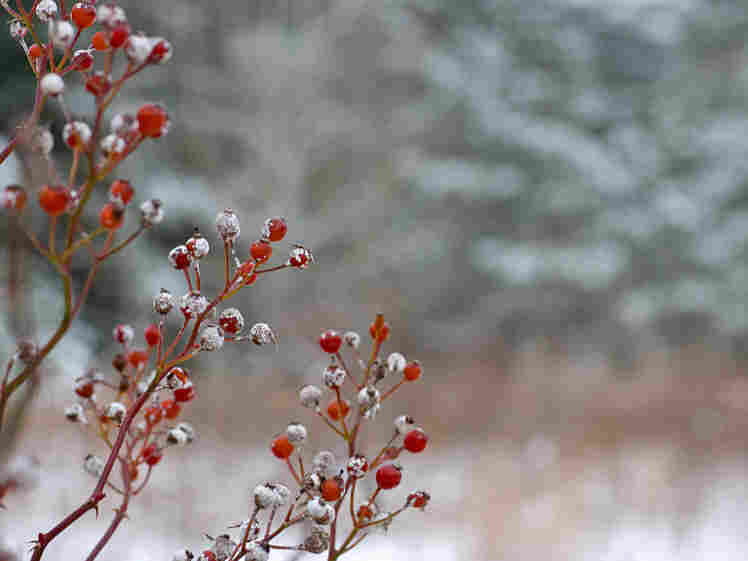 When cold winter blows in, the fauna fight or fail. iStockphoto.com hide caption 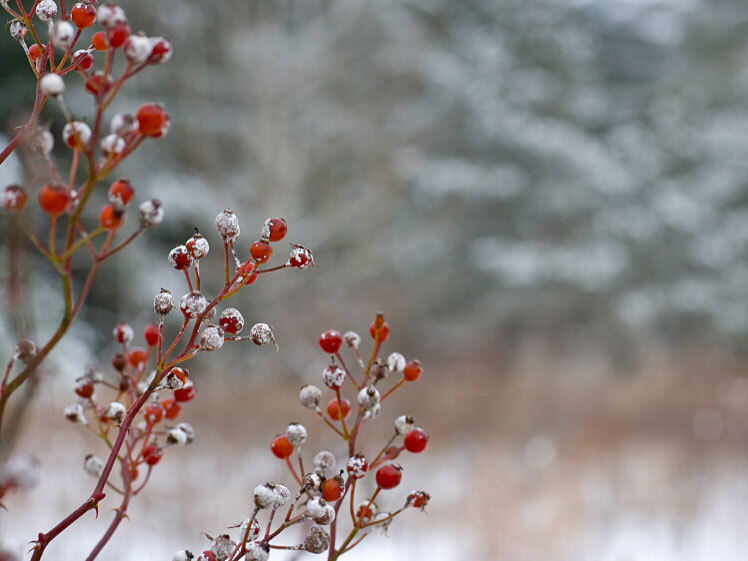 When cold winter blows in, the fauna fight or fail.

The sky couldn't be heavier, lower, grayer, weepier. It's 38, going for low in the 20s. It's winter, winter, winter. And I still have blooming flowers in baskets and containers on the front porch. Geraniums, lobelias, blue marguerite; plectranthus that when you brush its leaves, smells like a lime margarita.

Sure, they're a bit brown, nipped around the edges, but the geraniums are blooming, shocking pink, red, magenta, like there's no tomorrow. And for them, there isn't. Unless...

I keep bringing them inside. I pile them up in the foyer and they weep leaves and dirt and petals that track all over the house. They block the closet doors. I can't keep them inside, but I can't leave them out to freeze. So I shuttle them in at night and out during the day, groaning with the effort. I've brought them this far. How can I sentence them to death?

But there's a string of nights in the 20s coming up, teens, even, and sooner or later I'll have to say goodbye to summer for good. There's something about looking out the kitchen window on blooming baskets of flowers that feels increasingly wrong. These bright jolts of color are somehow unseemly, when everything else is dead. And it's not just the plants that are dying. 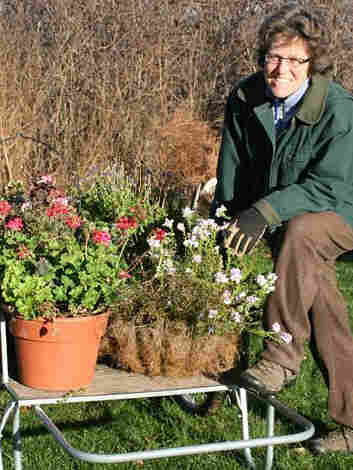 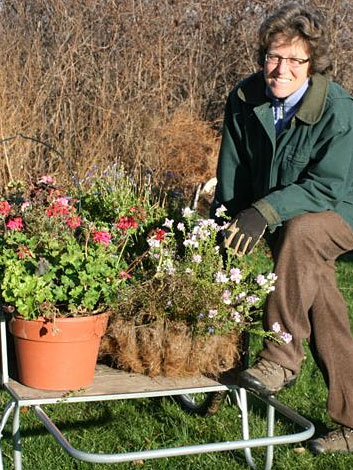 Commentator Julie Zickefoose seen here with the last of her summer flowers.

Three times in my life, I've found a big praying mantis staggering weakly around my garden after the first light frost, and I've taken her — it's invariably a female — inside. I set her up on a big potted plant where she sits regally all day, a weird alien pet, watching snowflakes drift down on the roses outside the window, where she once lived. I do this, knowing it's wrong, but unable to leave her dying outside. I feed her crickets and mealworms, spray the leaves down with water, watch as she grabs and stabs, delicately dines; bends to drink droplets from the leaves, grooms her forearms and feet like a little otherworldly cat.

She turns her head to watch me when I walk into the room, holds out her spiked forelimbs to ask if she might ride on my arm to another plant, to sit in a spot of winter sun. This goes on until late January, February. I get entirely too attached. And then, like Goldie Hawn in Death Becomes Her, she begins to decay. First it's an antenna, then a foot, then a lower leg, simply falling off. And then she loses her balance and falls, and busts off a forearm. And I see why mantids are meant to die with the first hard frost, and it's brought home to me why I should never have brought her inside.

So it goes with the geraniums. I have to let them die. Tomorrow. Or maybe this weekend, with a light snowfall for their funeral shroud. Oh, the intractable human heart. It does this every year.

Julie Zickefoose is a writer and watercolor painter who lives on an 80-acre wildlife sanctuary in the Appalachian foothills of Ohio. She has concluded, through elaborate rationale, that hiking in the woods is actually part of her job. Her latest book is Letters from Eden, to be followed by an illustrated memoir about her life helping birds.