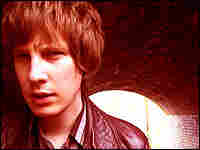 Frequently (and justifiably) compared to a cross between Jeff Buckley and Nick Drake, English singer-songwriter Scott Matthews crafts an endlessly listenable blend of folk, rock and blues. Influenced by the likes of Drake, Jimi Hendrix, Led Zeppelin, The Beatles and Bob Dylan, Matthews began writing music with his older brother Darren and playing in bands around his native Wolverhampton. In 2002, Matthews began writing the songs that would eventually comprise his debut album, and played his first solo gig a year later. A copy of his demo eventually landed him a label deal, and he entered the studio in the summer of 2005.

By March, Matthews was all over the radio in Britain, with singles such as "Elusive" and "Passing Stranger" earning him widespread popularity. Passing Stranger has received several U.K. reissues — the latest is a double-disc set — but is still available in the U.S. only as an import.