Accessibility links
Music Reviews: The Verve Pipe And Caspar Babypants With the upheaval in the music industry, it's no surprise that artists like The Verve Pipe and Caspar Babypants (also known as Chris Ballew of The Presidents of the United States of America) have gone from playing for adults to recording albums for kids. Reviewer Stefan Shepherd tips us off to a couple of albums worth spinning, even if the artists' original pop-music heyday has passed.

Like many folks of a certain age, I have fond memories of the so-called alternative rock of the mid-'90s. The guitars, the earnest lyrics, the angst. Remember "The Freshmen," by The Verve Pipe — by far the biggest hit in the band's career? Now it's recorded a kids music album. Cynics might think these artists are just cashing in on an untapped market. But even if the cynics are right, it doesn't mean these artists aren't recording some fun music for families.

Sittin On This Rock

This album is available for purchase from Caspar Babypants' site.

This album is available for purchase from The Verve Pipe's site. 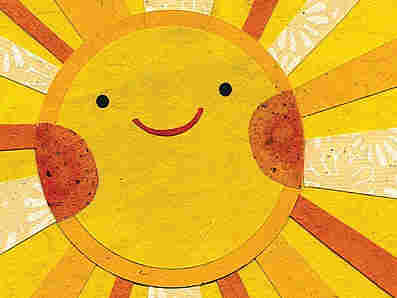 If you don't have kids, you might take a pass on this. But if you do, the mix of pop hooks, sweetness and giddy humor is very easy to enjoy with your kids. Songs like "Suppertime!" ought to bring a smile to even the grumpiest family member, regardless of age.

At the same time The Verve Pipe is releasing its album, another mid-'90s rocker is giving the genre a shot. The Presidents of the United States of America broke out with "Lump" back in 1995. Now, Presidents co-founder Chris Ballew is recording family music under the name Caspar Babypants. His new album, More Please!, is his second for kids this year. Presidents fans will recognize the goofy sense of humor, but may be surprised at how clean and friendly the music is.

More Please! combines reworked folk songs with originals. The freshness of the songs makes the album stand up to repetition, with tunes like "Sittin' on This Rock," a tiny but beautiful pop song of parental love. Both these albums are lots of fun, even if you could never tell your Stone Temple Pilots from your Soundgarden.