Accessibility links
Colorado Parents Sentenced For 'Balloon Boy' Hoax Richard Heene was ordered to serve 90 days in jail, and his wife, Mayumi, got 20 days in an alternative sentencing program. The judge, who accused the couple of exploiting their children in a bid for a reality TV show, also gave them four years of probation. 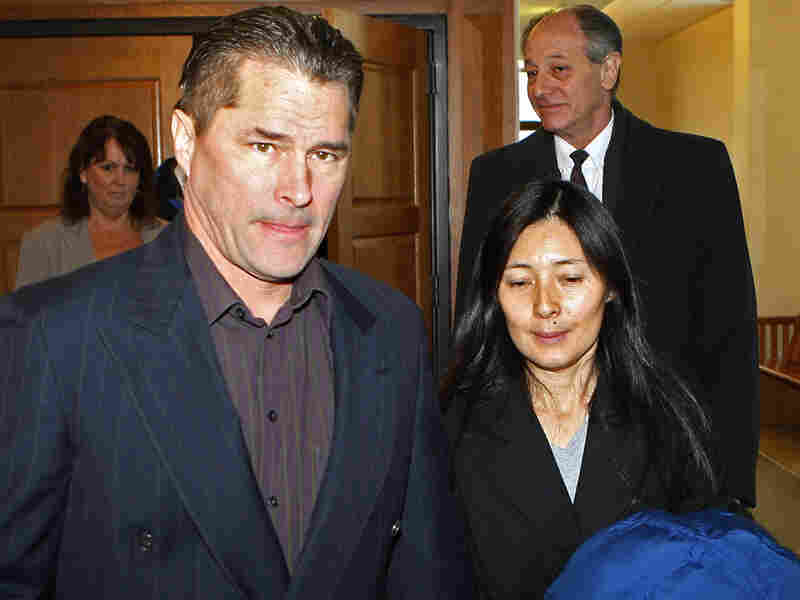 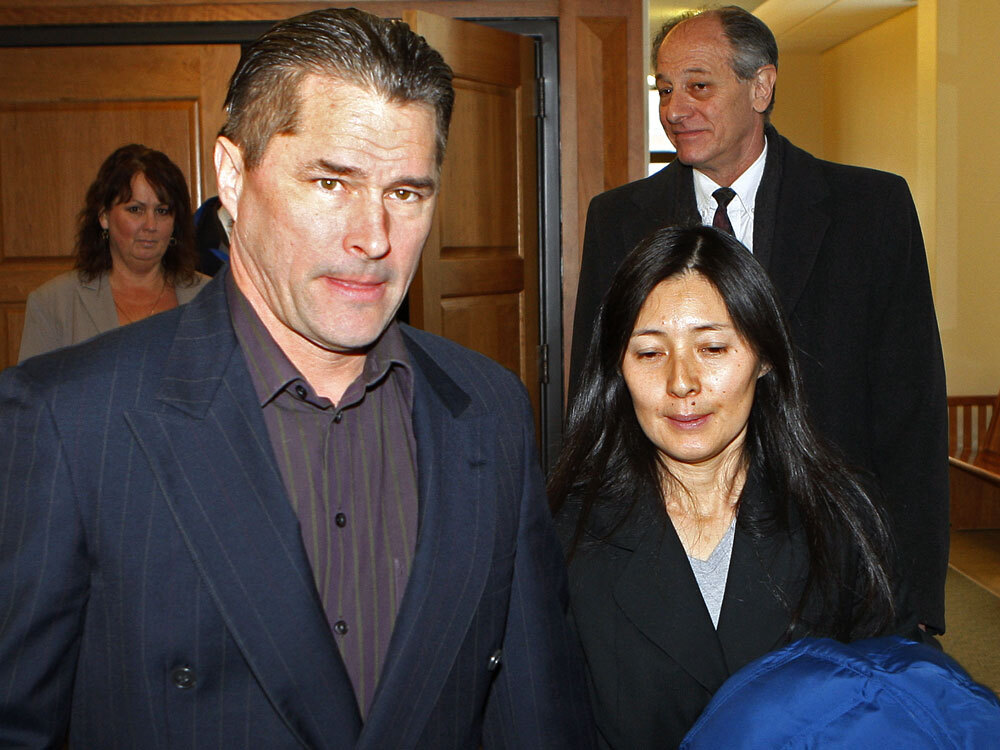 A judge on Wednesday accused the Colorado parents who falsely claimed their son drifted away in a balloon of exploiting their children in a bid for a reality TV show, sentencing the father to jail and the mother to an alternative sentencing program.

Larimer County Judge Stephen Schapanski ordered Richard Heene to serve 90 days in jail, including 60 days on work release. The sentence means Heene will serve 30 days in jail, before qualifying to leave his cell during the day to work as a construction contractor. He'll remain in jail at night.

Mayumi Heene was ordered to serve 20 days in the Larimer County Workender Program, which would allow her to serve her sentence during the day and spend the nights at home with the couple's three children: Falcon, 6; Ryo, 8; and Bradford, 10, said Linda Jensen, spokeswoman for the Larimer County district attorney's office.

Jensen said the program may or may not involve spending time in a cell. "It just depends on what they decide when she applies for the program," she said.

The alternative sentencing program involves working on community projects under the supervision of jail officials, she said.

Both parents will be on four years of supervised probation after they complete their sentences. 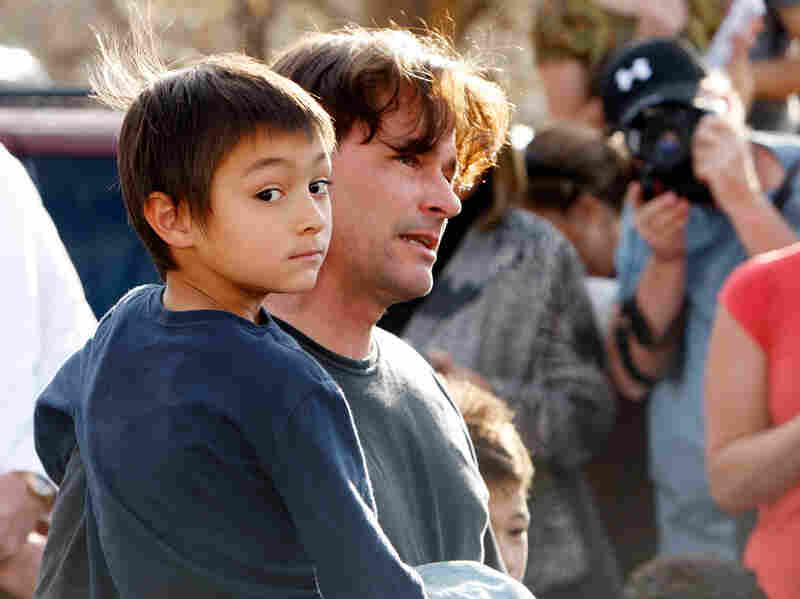 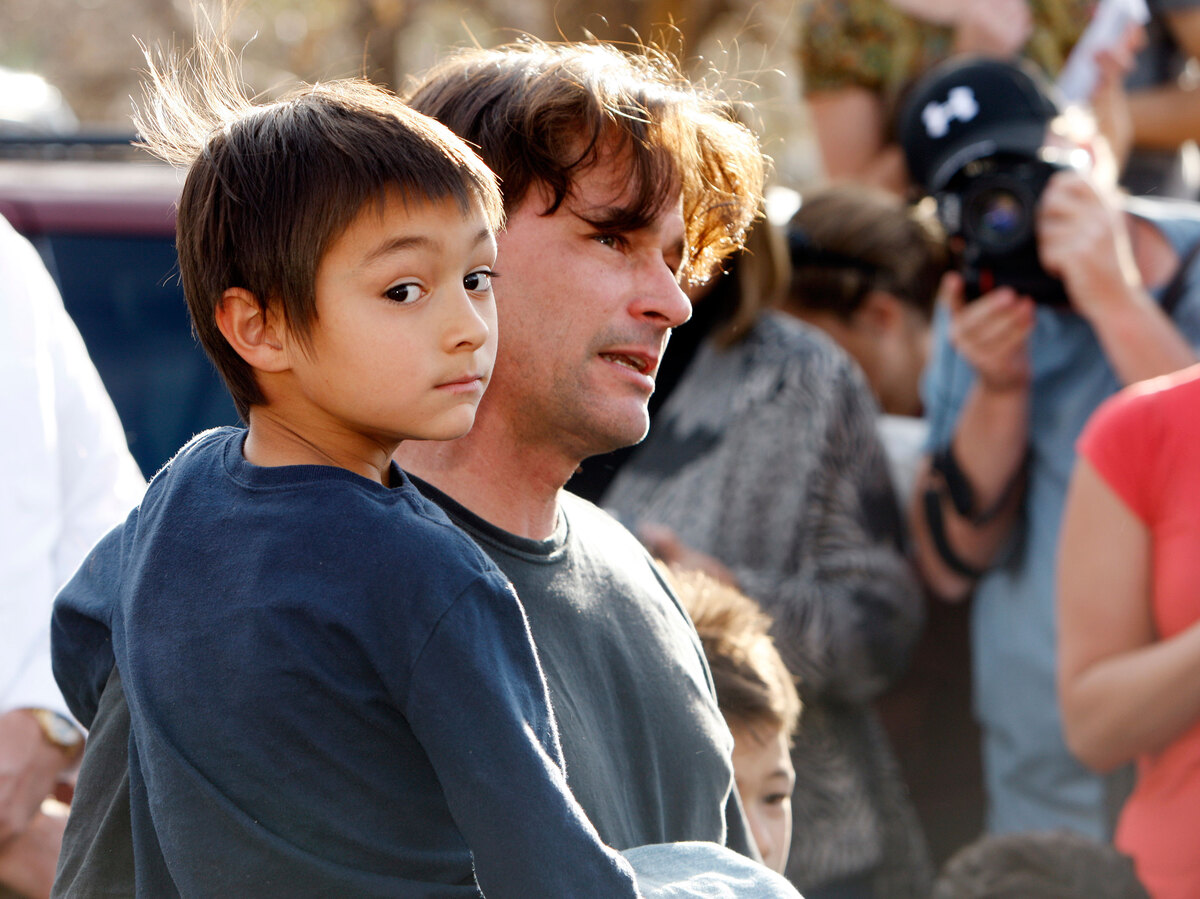 Six-year-old Falcon Heene with his father, Richard, outside the family's home in Fort Collins, Colo., in October.

Schapanski blasted the couple during the hearing, telling them they "exploited their children, the media and the emotions of people all over the country for money," according to a release from the Larimer County district attorney.

The judge also barred the couple from profiting from the stunt, which played out live on TV news channels on Oct. 15.

The family, which has numerous videos on YouTube, appeared twice on the ABC reality show Wife Swap, and Larimer County officials said the Heenes were hoping to land a show of their own.

"I do want to reiterate that I'm very, very sorry," Richard Heene tearfully told the court before his sentence was issued.

Falcon Heene was missing for several hours after his parents reported that the boy crawled into the family's homemade balloon and drifted away. 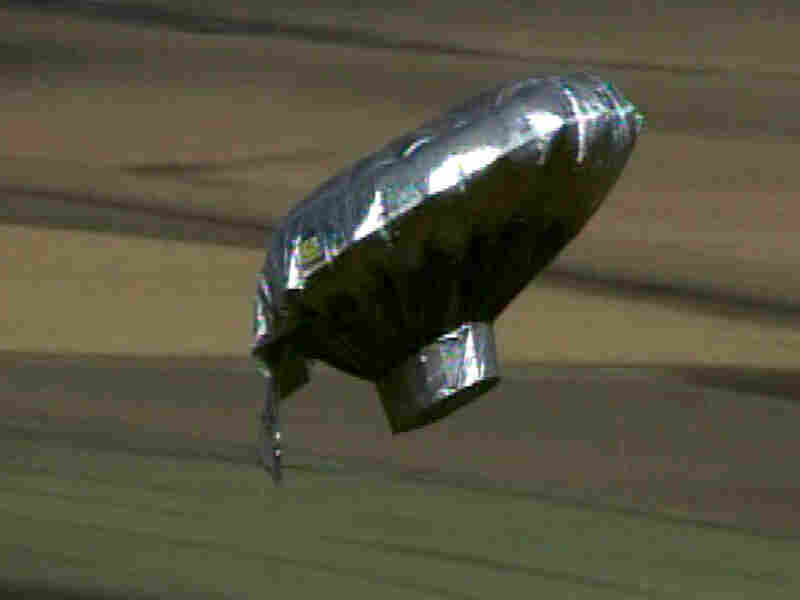 A small homemade balloon, thought to have been containing a young boy, is pictured floating thousands of feet above Colorado. Reuters via KUSA TV hide caption 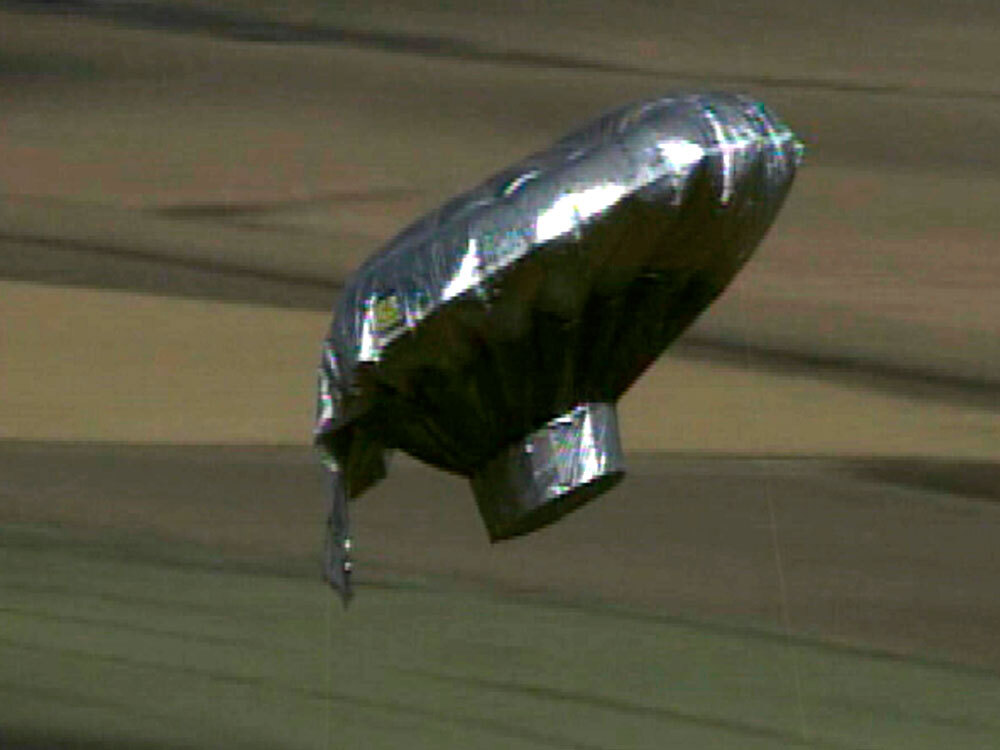 A small homemade balloon, thought to have been containing a young boy, is pictured floating thousands of feet above Colorado.

Later, Falcon appeared at the family home and said he had been hiding in a crawl space above the garage because his father yelled at him. But the story began to unravel when Falcon said he was hiding "for the show" during a late-night interview on CNN's Larry King Live.

The balloon traveled more than 50 miles from the family home in Fort Collins, Colo., before coming to rest in a freshly plowed field in nearby Weld County. When searchers saw that the boy was not in the balloon, they became concerned that he might have fallen out, and a ground search began.

The search for the boy involved two National Guard helicopters and caused authorities to briefly close Denver International Airport, as officials and television cameras tracked the balloon's flight by air and on the ground while TV viewers watched events unfold live.

According to an agreement worked out with the district attorney, the Heenes have agreed to pay restitution for the cost of the search. But attorney David Lane, who represents Richard Heene, said he plans to challenge the estimated cost of the search.

"These are not rich people. They're going to be saddled with a lot of debt as a result of this," Lane said.

The district attorney's office has estimated the costs at $43,000, so far. The couple may also face a separate $11,000 fine from the Federal Aviation Administration.

The restitution amount will be submitted to the court by prosecutors no later than Jan. 8.