Accessibility links
Republican Politicians Make A Social Media Push The 2008 election was a "wake-up call" for the GOP that made it clear they were behind when it came to technology and provided an incentive to try harder, a strategist says. Now Republicans have a rising presence on the video-sharing site YouTube and are increasingly using Facebook and Twitter as well. 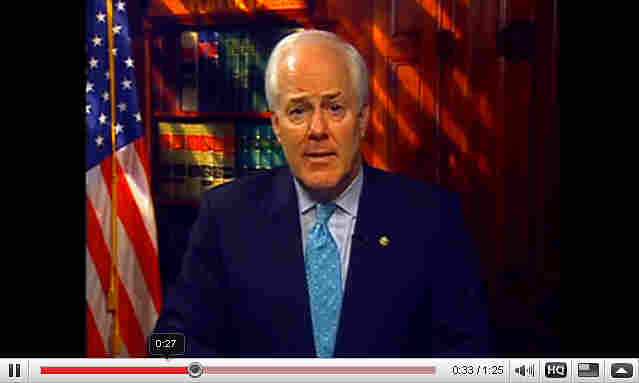 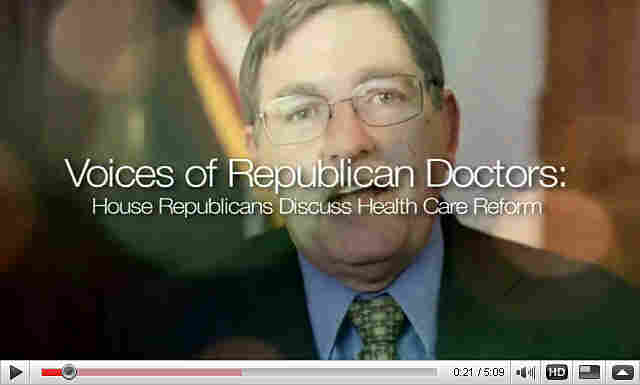 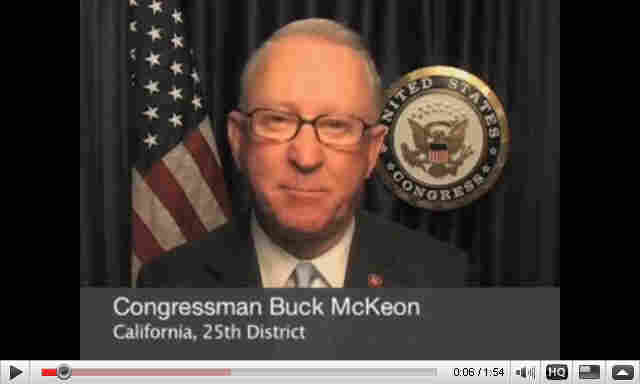 After the Senate health care bill passed this week, Rep. Duncan Hunter of California made it clear in the weekly GOP radio address that Republicans aren't happy about the direction Congress is taking.

"Let's resolve in the new year to end misguided efforts to create new laws that will cost even more jobs," he said.

But that weekly GOP message is no longer just on the radio. Now you can watch it on YouTube, which is becoming a popular tool for Republicans — as are Facebook and Twitter, where Republicans are taking their message directly to the American people.

"Members who don't have a lot of say or don't have much of a voice in Congress can use social media to talk directly to their constituents, to voters and to activists," says Finn, a partner and blogger at the political consulting firm Engage.

It's a way for politicians to get out information without waiting for coverage from the traditional press, Finn adds.

"For a member of the House of Representatives particularly, it's very difficult for them to get a lot of press beyond very local district press. They don't get a lot of national attention necessarily," she says. "In the past, they might put out a press release and nobody picks it up. But now if they build up a network of blogger support, if they have a presence on Facebook or on Twitter, and they put out that same information, it can go virally across the Internet."

Finn says the 2008 election was "a big wake-up call" for Republicans. "Not only was it obvious that Republicans were behind when it came to using new media and technology, but the voters were in an uprising. The polls showed that the American people just did not like the Republican Party. And so, that provided an incentive to try a little bit harder — to try new ways to get the message out," she says.

"And that incentive has now translated into members of Congress taking the time to sit down and produce a YouTube video, valuing that type of communication."

Olivia Ma, YouTube's news and politics manager, has also been monitoring the rise in the GOP presence on the site this year.

"We're seeing that they're using it in a lot of different ways," Ma says. "Some are sort of more structured, formal programs. We've done a Senator of the Week program. YouTube will work with one senator and highlight them for the week, and we saw that Sen. John Cornyn, the Republican senator from Texas, used that as an opportunity to engage the community in their thoughts on the stimulus package."

Cornyn invited users to share their ideas for how the stimulus money should be used and what it would mean for their communities, Ma says. Then he created another video to respond to those suggestions.

Another Republican getting mileage out of YouTube is House Minority Whip Eric Cantor, Ma says.

"When the health care debate was really kind of getting hot — it's been a big topic of discussion on YouTube this year — he created a mashup video, where he took all of these different sort of testimonials from Republican doctors and put it into a video," she says. "These were all sort of expressing why they disagreed with Obama's health care plan and ... this video did really well on YouTube."

But while Republican strategists say it's imperative for politicians to create virtual relationships with their constituents, Finn points out that House ethics rules aren't keeping up with the new ways politicians are using social media.

"In fact, I think that's one of the reasons that members have taken to it so kindly is that it is more open and it is more free," Finn says. "Even if they do try to rule on this, it's going to be difficult because the applications are constantly changing; there will be new ones that come up. ... But it will certainly be interesting to see how it evolves over time."